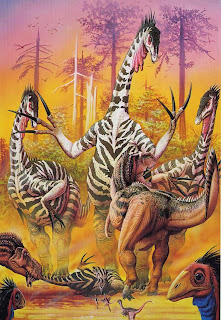 By default, dinosaur clerics worship Tyroganon Ferox, the Paradox Lord of the Infinite Boneyard.  It's a misconception that Tyroganon Ferox is an evil god.  Yes, he wants to bring back dinosaurs and destroy all mammals, but he is also a stalwart enemy of cruelty, undead, and death cults.  And the mammal tribes who worship him are treated well, and some are even allowed to become dinosaurs themselves.

Tyroganon Ferox's still struggles to bring his children back from their extinction, and so his servants include pseudo-imaginary dinosaurs and shuddering time-paradox zombies.  In the hallucinatory jungles of Mar Maroo, his savage tribes protect and ride their flocks of almost-real dinosaurs.

The Dinosaur Lord of Impossible History has been following the present timeline very closely.  And although he doesn't technically exist in the current world--yet--his dinosaurs have been slinking along the timelines, devouring all the mammals along the unused timeways. 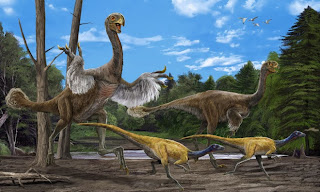 Few people realize how close they are to hungry dinosaurs at all times.  Tyrannosaurs lurk only a few months behind them.  Yesterday, ankylosaurs are angrily destroying their houses.  And packs of deinonychus lick their lips and watch you from only a few minutes ago.  Time travel isn't difficult, but the even travelling a few minutes into the past is dangerous, since you may find packs of sarchosuchus tearing up your kitchen.

Travel far back enough in time, and you may even bump into Tyroganon Ferox himself, who blocks out the sun while pterosaurs circle him crying out their praises.  His children have trampled your dead heroes into the dust.  The recent past is full of dinosaurs tearing down your cities and roaring triumphantly.

Listen, wizard, time travel is a bad idea.  The dinosaurs rule the past.  Sometimes paladins declare war on the dinosaurs, but it is a foolish battle.  The great warriors of the present cannot hope to do battle with billions of years of dinosaurs.  Their kingdoms stretch from yesterday to the earliest primordial slimes.

Tyroganon Ferox and his clerics, have the following domains: Time, Time-Paradoxes, Bones, Dinosaurs, Reptiles, Birds, Eggs, Bravery, Volcanoes, and the Return of the Fallen. 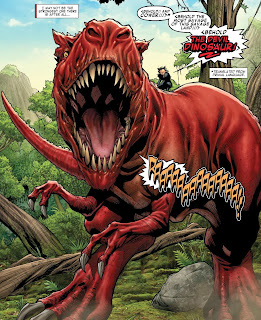 Since the modern followers of the dinosaur god see themselves as inheritors of the dinosaur zeitgeist, they sometimes have a hard time reconciling their own mammalian natures.  Neither gender will willingly reveal their nipples, and large breasts are seen as shameful (and are usually tightly strapped down or disguised).  Pregnancy is obscene, and is never discussed (although sex holds no similar taboo).

The dinosaur tribes live in the deep jungle, and although they struggle against giant insects and pseudo-imaginary diseases, they are not savages.  The build castles of grass and mud, and launch themselves from wooden towers on pterosaur-skin gliders.  Though dead timeways, they bring a few dinosaurs into the world with faith and paradoxes, but these mighty creatures are easily defeated by wizards, who can dismiss them as illusions.

A few of the tribes half half-dinosaurs, formed from the blessed union between a human and a psuedo-imaginary dinosaur.  They are halfway real, and not as vulnerable as their mostly-imaginary progenitors. 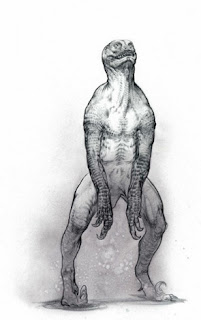 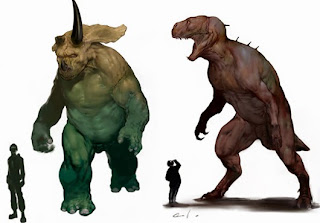 Use the rules for clerics from your favorite edition, with the following changes.

- Same armor and weapons, but prefer armor made from giant bones and helmets that look like dinosaurs.
- Cannot be seduced or charmed by anything with nipples, even magically.
- Can calm down dinosaurs, reptiles, and birds (use druid rules).
- No "turn undead", but get "turn mammal".  Mammals with Int 4+ are not affected. 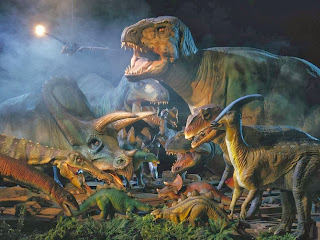 Changes to spell lists!  Most of these are just reskins, but some are unique enough that I've detailed them below.

Explode Egg
Level 1 Dinosaur Cleric Spell
The cleric touches a (live) egg and sets a duration between 1-3 rounds.  After that duration, the egg explodes, dealing 1d6 damage for every HD that the hatched animal would have at maturity, up to a maximum of twice as many HD as the Cleric.  Blast radius equals 2' for every HD of damage it does, with a save for half damage.  If the egg breaks before it goes off, it has a 50% chance to explode immediately, otherwise it's a dud.

Detect Blasphemy
Level 1 Dinosaur Cleric Spell
This works like the other detect spells, except it allows you to sense things that are out of place in time, and whether they are from the future or the past.

Find Volcano
Level 1 Dinosaur Cleric Spell
This tells the cleric the direction to the nearest volcano.  All volcanoes count as temples of their god.

Hatch Egg
Level 2 Dinosaur Cleric Spell
The cleric casts this spell while sitting on an egg.  After a minute of sitting and chanting, the egg hatches and grows to maturity in a minute.  It serves it's "mother" for 10 minutes per caster level, and then rapidly ages, dies, and turns into a fossil.

Summon Illusory Dinosaur
Level 4 Dinosaur Cleric Spell
The cleric summons a pseudo-imaginary dinosaur (1d4+1 HD).  It has all the strengths and weaknesses detailed here, and a couple additional weaknesses.  Illusionists can dispel it with a touch, and the slow spell destroys it instantly.  Use your own random dinosaur table, because I don't want to write one.

Ask The Past
Level 5 Dinosaur Cleric Spell
As part of the casting, the cleric smokes some plants that have been extinct for millennia.  The cleric falls into a deep trance and their spirit travels to the past, where they query the dinosaurs there.  Treat this as a commune spell, except that it can only ask questions about the past and the ancient dinosaurs don't mind being pestered, and will give the cleric an egg to take back with them.

Fossilize
Level 5 Dinosaur Cleric Spell
This is just like finger of death, except that creatures killed by it are fossilized instead of just dropping dead.  A creature that was killed by this can be restored by stone to flesh.  If this spell is prepared in reverse, it can be used to turn ACTUAL fossils into live dinosaurs. 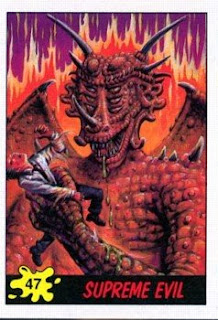 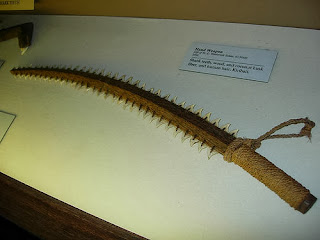 All clerics start with a mask that resembles a particular dinosaur.  This is their clan mask, and they strive to emulate that dinosaur's virtues
1 - Apatosaur
2 - Stegosaur
3 - Hadrosaur
4 - Velociraptor
5 - Spinosaurus
6 - Tyrannosaurus
7 - Ankylosaurus
8 - Archeopteryx
9 - Pterosaur
10 - Pachycephalosaurus
11 - Therizinosaurus
12 - Dunkleosteus 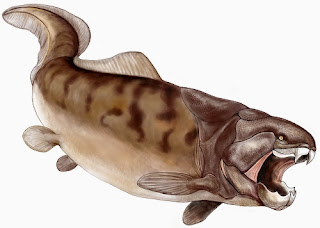 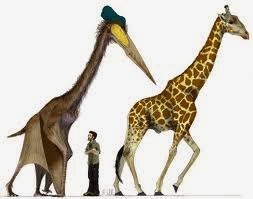 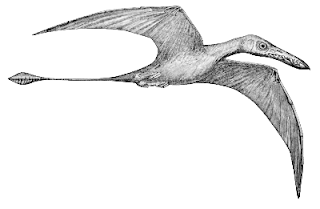 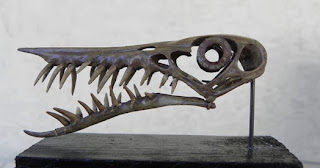