The country of Cauterus collapsed very recently (1148 TFM), in a three way clusterfuck between a cult, a demonic vanguard, and the entrenched aristocracy.  The cult triumphed, and the royal family was presumed to be dead or driven out.

The citizens of Cauterus know better than to venture too far from the sheepfolds and roads.  The hills are haunted by swarthy men who capture travellers with nets and hooked spears, and drag them screaming into subterranean tunnels.  Those captured are eaten.

The cannibals resemble dark-skinned men and women with icy blue eyes.  There is a monotony to their appearance, and this peculiar consistency--along with frequent examples of idiocy--has led many observers to believe them to be methodically inbred for size and servitude.

But aside from the ones that suffer from malformed faces and idiocy, there is no monstrous feature to mark them out.  And once you wipe the blood from their faces, scrape the mud from their nails, and tell them to stand up straight for the first time in their miserable lives, many of them are quite attractive, having blue eyes and aquiline noses.

There have been attempts to wipe them out. But the creatures collapse tunnels behind them, flood whole sections with poisonous gases, and fight viciously when cornered.  Entire battles have been fought without standing room, and thousands bled and died on their hands and knees, fighting in ant-trail battlefields a mile from the last time they stood up.  Soldiers have found themselves entombed in a crawlspace beneath the earth, walled-off on all sides by the corpses of their companions.  And then come the cannibals with their hooked spears, who empty the survivors into the cookpot.

Colonies are led by a queen, who is the only fertile female in the group.  She has dozens of uteruses, and gives birth in rollings waves.  One blue-eyed baby this week, three the next, and so on.  Her babies are  taken and educated by her sterile daughters.  A very small number of these children are fed the royal milk that the queen produces, which allows them to develop into fertile adults.

When a colony becomes crowded, a fertile princess will leave her mother's castle with an entourage and seek out a new land.  They will dig deep into the earth, and after a mile of tunnels or so, they will excavate a more spacious "castle".  A crowning ceremony will take place, her knights will pledge themselves to her and her children, and then she will begin to breed with her brothers.

By the time she has birthed a hundred babies or so, her height will have doubled and her weight increased twenty-fold. 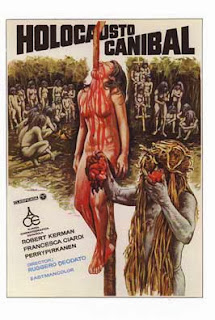 It is no great secret that these warped creatures are the remains of the royal family. In fact, they'll tell you that themselves.  Many of them wear signet rings, although they are made of clay.  The placid blue eyes were ever a mark of royalty in old Cauterus.  And indeed, "royal cannibals" is their name for themselves.

What most people don't understand is how they could adopt the biology of ants, and how a family of six could turn into thousands in the space of only three generations.  (Although the term "generations" is used loosely, as it must be in this case.)

The pieces were there, of course. A decadent matriarchy.  A brilliant court alchemist who escaped with the royal family.  A series of secret safehouses, hidden throughout the countryside in case of emergency.  An irrational and unflagging pride in the superiority of the royal bloodline. 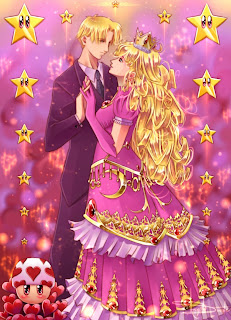 Some say that the royal cannibals have begun to spread beyond Cauterus.  Even now, their fecund queens are growing fat on the flocks of Berica's itinerant shepherds.

Alchemists speculate the cannibalism is necessary because of some innate requirement of their biology.  Perhaps their bloodline is sustained by infusions of other bloodlines.  This commingling may strengthen them and shield them from the pitfalls of inbreeding.  It may even be a part of their fantastic rate of procreation. Surely they have a reason for embracing cannibalism so enthusiastically.  Surely.

Others say that the barracks at Belgast keeps a large number of cannibal-princesses in their dungeon, where the soldiers capitalize on their infertility.

And still others claim that one of the young generals of the pseudo-demonic rebellion has taken one as a husband, and is offering a fortune to anyone who will brave the tunnels of the royal cannibals and return with a sample of royal milk, since she wishes to conceive a child with her beloved.

Lastly, while it is certainly true that the royal family escaped with all of their jewels and several wagons of gold, the exact location of this treasure is unknown. Most believe it to be kept in some central city of the royal cannibals.

In the queen's black halls, the royal cannibals still practice noble manners.  Subterranean fiefdoms are granted, insults to honor are accepted and challenged, and knights still court princesses with poems and gifts.  The fiefdoms may be dirt-filled caverns and the courtship gifts might be the roasted buttocks of some unlucky shepherd, but the old traditions die hard.

In the alehouses--for even Cauterus has alehouses, where weary farmers sip their watery mushroom ales--the men talk of a vast chamber where the true queen of Cauterus sits astride a mountain of gold while her plump lips sip the inky alchemies.   Where the queen gently combs the hair of her favorites, telling them what great queens they will make once the throne is retaken, and barely noticing when another son is born into the hands of a nurse. The afterbirth is perfunctorily discharged along with the placenta, which streams down the golden slope, dribbling and glittering as brightly as the jewels that surround it.
Posted by Arnold K at 5:00 AM