Sarkosuchus, the famed torturer, was on his veranda tasting wines when the coffin arrived.

“Just set it down in the basement, would you?” he said, swirling his wine.  He held the wine glass under his nose, and watched the six men carry the coffin into the house.  He sniffed after them. After a moment, he tossed the wine against the back of his throat like it was whiskey.

“Should we go open it?” asked a voice at his elbow.

Sarkosuchus turned to regard his companion. Treskeldeen had dressed himself in a brown brigadier's uniform, and added a fashionable white cravat to it.  He looked quite the tyrant, considering he was only four feet tall (although that was tall for an Afner).  The little man was barrel-chested and thick-limbed, all crowned by a brutish jaw and narrow forehead.  He had a physique of a butt plug but none of the charm.  And of course, there was the unfortunate matter of his personality.

“I mean, shit, it's already sundown. Why are we still drinking this stuff?”

Sarkosuchus refilled his both wineglasses before answering him. “Don't look too eager, Tres. It's repulsive.”

Treskeldeen frowned, glared at him, and retrieved a cigarette. Sarkosuchus wondered, not for the first time, when his apprentice was planning to kill him.

“And drink some wine,” he ordered the little man. “I have warehouses full of it. It is not the most popular wine of the season, because Lanfrey is an incompetent broker.” He got to his feet and poured the rest of the bottle over the railing. In the dying light of the sun, the rows of grapevines cast tombstone shadows on the red dirt.

“I'd'a thought you'd be a hurry.  I mean, you've been looking forward to this.”

Sarkosuchus suddenly whirled around, his voluminous sleeves flaring up beside him. “A toast then!” 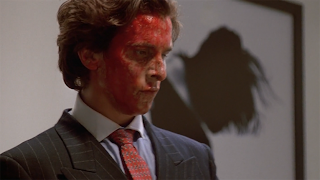 In the basement, Sarkosuchus watched them pry open the coffin. He yawned.

As the last nail rang against the stone, the lid was lifted. Sarkosuchus stood over the coffin, smiling triumphantly. “There, see? He doesn't look any worse for wear.  In fact he looks better.  Six hours as a corpse have put a blush in his skin that life could never bring out.”

In the open coffin, a man moved his head from side to side, casting about for the source of the voice. He was bound hand and foot, and a burlap sack was tied over his head.

Sarkosuchus reached down and pulled the sack off, like a magician who had just performed a magnificent disappearance. Which of course, was exactly the case.

The old man was revealed. His wispy hair was  the ghost of a burned forest, and his skin was as brown and crinkled as a snakeskin without any snake inside it. An incredible atlas of scars were visible on his exposed skin, evidence of a lifetime of countless lacerations. He was an encyclopedia of pain; a history of violence.

Sarkosuchus addressed the man in the box, “Apologies for not traveling here alongside you, but I find funeral processions to be awfully dull.” He tapped his wine-stained lips with a manicured finger. “And if you were uncovered, I don't want to be associated with it. Did you know that there are quite a lot of people looking for you? I even heard two Houndsteeth talking about you in a noodle shop this morning.”

His audience was silent. His vocation was a lonely one.

“But of course, no one ever checks coffins. I was right about that one. I'll have to reuse this little trick.” Addressing the servants: “See to it that the coffin is saved, once our guest has finished using it.”

“Because we don't need a coffin for you, old man,” the apprentice grinned evilly. “What's left of you is gonna fit in a shoebox, once we're through.”

“You're getting ahead of yourself again, Tres.” the torturer corrected his apprentice. “Your enthusiasm is cheering, but it maybe out of place in this case.”

“Oh, shut up, Tres. I'm not still mad at you. No one could have known that the Bantree child was so delicate. If I wanted this man to suffer I would happily put him into your hands.”

The Afner shook his head, still not understanding.

“Look at his skin. Do you see those scars? Where have you see those scars before?” Sarkosuchus didn't wait for an answer. “This man is a high shaman of the Hungry Lands. He worships Lutra and Luroc, the two pagan gods of sacrifice and pain. He's perhaps the last expert practitioner of that ragged tradition of sanctified sadism. A master of pain."

Sarkosuchus stalked around the coffin.

"This old man has skinned princes and impaled vicars. His magic is deep and old and potent, and I want it. He will learn his spells.”

Nimble as an ape, Sarkosuchus leapt on top of the old man and gouged out his eye with a razored spoon. The old man's blood spattered both of their faces. Neither blinked.  Both smiled.


“But as you can see,” said the torture-mage, rising to his feet, “we've going to need to be more creative than usual.”
Posted by Arnold K at 7:59 PM