If you just want the pdf, you can download it here.  See also: the Goblin Library. 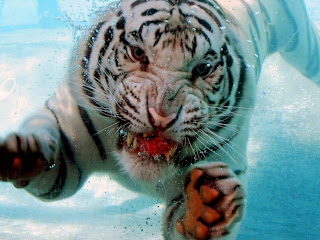 I love ecology.  It's organisms and their environment, acting on each other, everything all at once.  Did you know that things in ponds die and they sink and they rot and they release a bunch of CO2 that gets trapped in sludge on the bottom of a pond?  This CO2 is permanently subtracted from the environment.  Depending on the climate, the pond may "turn over" once or twice a year, releasing all the trapped CO2 back into the pond.  This has major effects for the pond-dwellers.

Yeah, that sounds boring, but then read about limnic eruptions.

The point is that pond turnover is an emergent system that arises from the interactions between critters and ponds.  No critters means nothing to rot.  No water means no CO2 entrapment and lake stratification. This fish-pond system is bigger than fishes and ponds.  The sum is more complicated than the parts, that sort of thing.

Anyway, dungeons don't have real ecologies.  They're too organized and too unstable, both at the same time, so don't try to throw too much logic at them.

However, dungeon ecologies are a good way to start thinking about how the different creatures in your dungeon interact, how they move, how they eat, where they shit, and what they drink.  This helps prevent the more egregious funhouse rooms (how did a 20' dragon get in a room with 5' doors?), but it can also be a creativity pump.  Your dungeon lacks autotrophs, so put some fucking metal flowers down there!  Imagine the spawning grounds of the salmon-folk!  If there are giant fleas in your dungeon, there's no way they get all their blood from random adventurers, so whose veins are they tapping?

Remind me to blog about dungeon ecologies later. 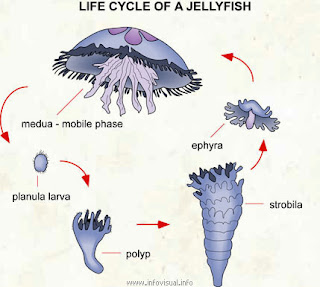 You Suck at Being an Animal

Anyway, humans abandoned their native ecologies a long time ago.  Now we design our ecologies.  We build them, pave them, and plow them.  One thing that we've left behind are our predators.

We carry the genetic baggage of BILLIONS of years of evolution.  There is a whole lot of crap in our genome.  Flawed proteins, broken proteins, and defenses against things that have been extinct for millennia.  There are even a few retroviruses that crawled inside our genomes to die, and we've been passing them along like they're family heirlooms or some shit.  But when we buckle ourselves into our sedans and bitch about the traffic, we still suffer from our (increasingly unhelpful) instincts.

Do you think you were born to be a predator?  A mere 2 million years ago, australopithecus was 4 feet tall and probably eaten by everything dog-sized or bigger.  Not just lions and hyenas and shit.  Think eagles and dogs with weird heads.  There were also terror birds and carnivorous kangaroos on different continents, and they probably swam across the oceans and ate your ancestors too, because you were so easy to eat back then.

You don't remember these things, but they happened to you.  The part of you that cares about survival and breeding has been taking careful notes this whole time, without even being asked.  It's written across all 120 billion miles of your DNA.  Why do you think you're scared of the dark?

Tigers aren't scared of the dark.  Tigers know that there's nothing in the dark that's scarier than a tiger.  Tigers love the dark.  Darkness is their bench when they are waiting.  They wrap it around themselves before they go to sleep.  And after they clip your spine like a fingernail, darkness is the table they sit down to eat upon.

But I don't live in the Sundarbans, so I don't get the enjoy that particular fear that is my birthright.  One time I came home and found a strange cat in my house, but even that was fine.  That cat was a pretty cool cat.  He let me pet him and didn't even sever my spine once. 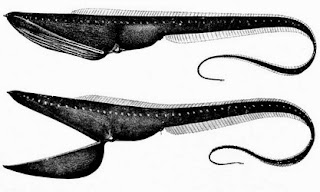 But we still have the Fear of Tigers in us and we don't know what to do with it.  Noisms wrote a thought-provoking post that got me thinking about a predator that evolved alongside us and is still miraculously relevant.

In the game of genetic success, humans pretty much won forever once we started using tools and developing symbolic intelligence.  Anything that effectively preys on modern humans will have to negate our AWESOME ADVANTAGES:

Anything that effectively preys on modern humans would do well to capitalize on our SHAMEFUL RACIAL WEAKNESSES:

Lastly, there can be "predators" that improve our chances of reproductive success.  They can do this by:

- not killing us outright
- increasing our fecundity

Alright, some modern tigers.  I wrote a whole thing but it was huge so I made it a pdf.

P.S. I eventually wrote a sequel to this called the Book of Mice.  It's located over here.
Posted by Arnold K at 8:09 PM