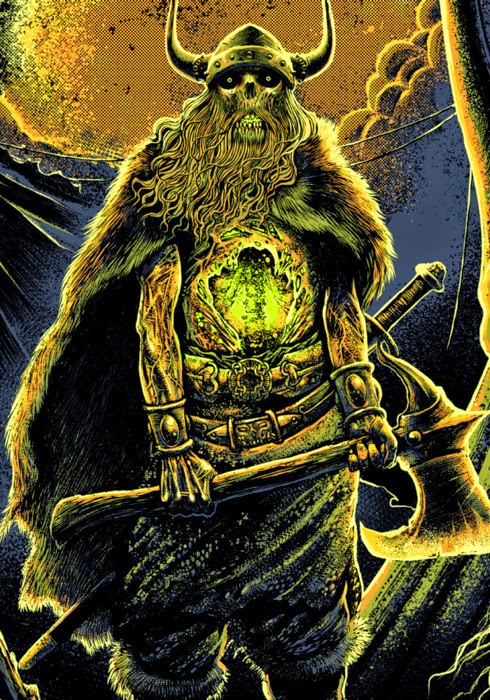 Also known as draugr, undead vikings are usually created by a powerful necromancer.  They are capable of speech, although they rarely care enough to do so.  Beneath their shriveled, leathery skin they have rotted down to nearly dirt.  They bleed filthy soil.  When killed, they boil into stinking smoke over the next minute, leaving only armor behind.

Except for perhaps skeletons, there is no such thing as mindless undead.  Undead vikings are solemn and mournful.  They may employ simple tactics in battle such as ganging up and controlling choke points.  They might honor the dead (their own or others') by kneeling beside them, or by burning them atop a bier.  If greeted with an appropriately mournful tale by a skilled bard, they will pause and listen.

Undead vikings that have 17 or more HP possess a unique ability, each usable 1/day.


Undead Viking Scenarios (d6)
Undead Viking Treasures (d6)
Each treasure has a 50% chance to be cursed.  Each treasure is valuable and each group of undead vikings carries one of these.  (Cursed items cannot be removed.)
Posted by Arnold K at 10:21 PM