I can imagine a certain sort of dungeon.  This dungeon is not built or maintained, except that it functions as a passage between two distant, more desirable locations.  Traffic keeps the dungeon open, and that flow of food and goods keeps the dungeon alive.

A bit like a reef, really.  Except it's a cavern. 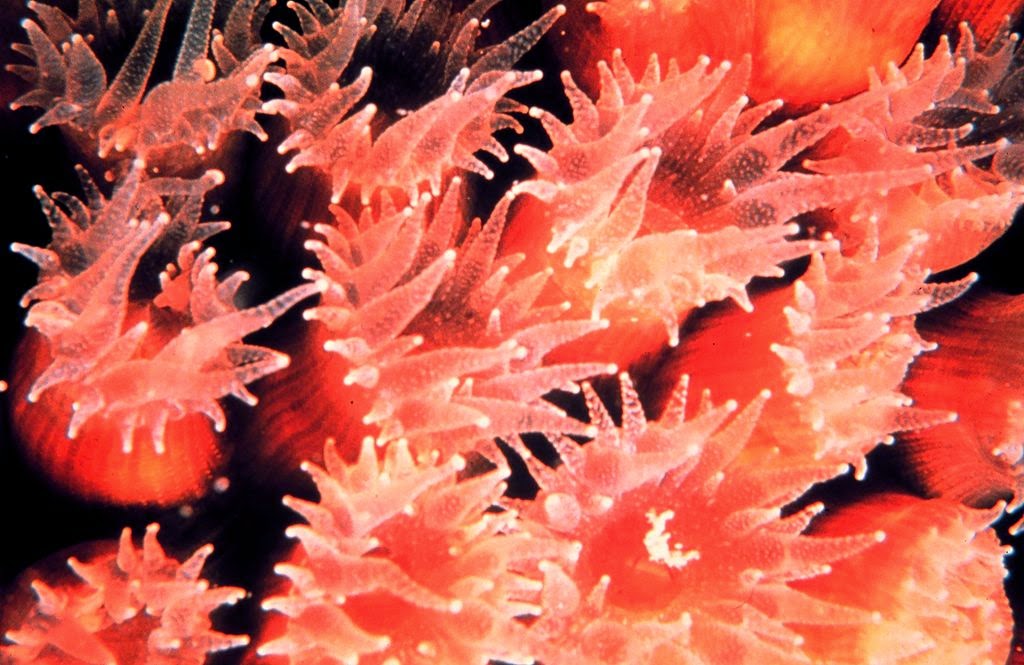 The walls and floor of this dungeon are made from a porous material, a bit like pumice.  Dull, hungry anthozoan life lives just beneath the surface.

If food or blood is spilled on the surface, millions of tiny (1mm) tongues will emerge from the surface to lap it up.  If a bleeding creature is prone on the floor or pressed against the wall for more than 1 round, the same tongues will emerge to hook and drain the body.  The person requires a Str check to remove themselves from the wall, and will take 1d6 points of damage each turn from tiny punctures and blood drain.  Removal usually involves tearing off a layer or two of clothing and skin.  Characters in full plate are immune.

Sleeping on the surface has the same effect, except that it doesn't occur until 1d6 hours after sleep. 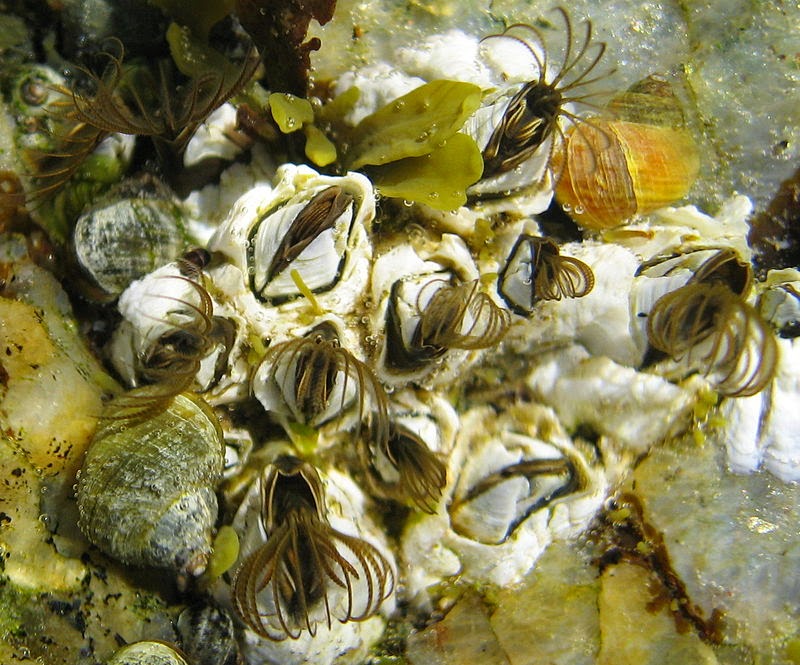 Although they look like crudely symmetrical boulders growing out of the cavern wall, they are actually arthropods.  If you bashed through their nine inches of organic cement and cut off the beak, you'll find something inside that looks a bit like like a spider or a crab, all bundled up for packing.  They have incredibly low metabolisms, and can survive on vanishingly little food.  They can also hibernate for up to decade. Adult barnacles are sometimes surrounded by juveniles, which can sometimes be sold for cash.

Dungeon barnacles position themselves near chokepoints and openings, where a steady supply of traffic is assured.  When closed, it usually takes about half an hour's work with a sledge hammer to bash it the fucking thing open and stab it to death.  They're painfully resilient.  Most adventurers use burning oil to keep them closed while they run past, feed them poisoned meat, or use decoys. 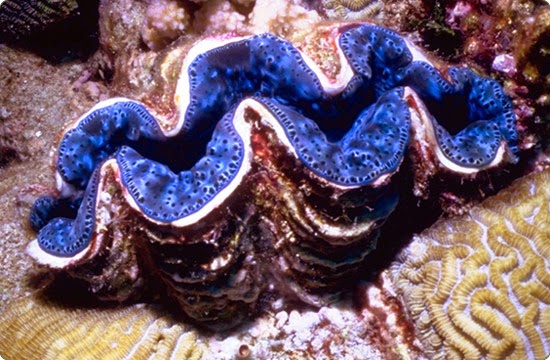 Unlike dungeon barnacles which are actually related to their marine namesakes, cave clams belong to an unclassified phylum.  They look a bit like barnacles, but instead of the snapping beak, they are like little drone platforms, firing out little passeroids--another symbiotic organism, which then retrieve food and bring it back to the clam.

Cave clams have a 33% chance of containing a amber-color alkali-pearl worth 2d4 x 100 gp.  The alkali pearl can be mixed with alcohol to create an alkaline solution that functions much like acid, or it can be used to neutralize a large amount of acid, such as a medium-sized pool.  However, the neutralization process gives off a tremendous amount of heat, so if you just chuck it into a vat of acid, it will instantly begin to boil and probably splash acid everywhere before it is neutralized.

PCs will probably encounter the passeroids (which look like a cross between a jellyfish and a bird) scavenging for food before they find the cave clam.  While scavenging, passeroids will usually flee.

Their numbing tentacles give -1 to all actions, up to a maximum of -4.  After that, the affected character must save or be paralyzed.  All of these effects last 1d6 rounds from the last sting.

Their suicide attack is this:  the little jelly bird will flop onto the person like an undercooked pancake.  It ruptures lysozyme organelles within their lungs, and the entire bird-thing begins to turn into a highly acidic layer of jelly, like a chubby sticker that burns holes in your plate mail.  Treat it like green slime that does 1d6 damage per round until it's scraped off.  Additionally, each melting bird gives off a shrill whistle.  The first time per combat that this happens, there is a 50% chance of summoning 3d6 more passeroids, which will arrive in 1d6 rounds. 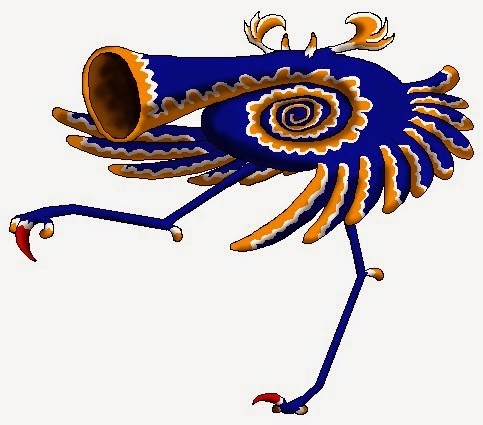 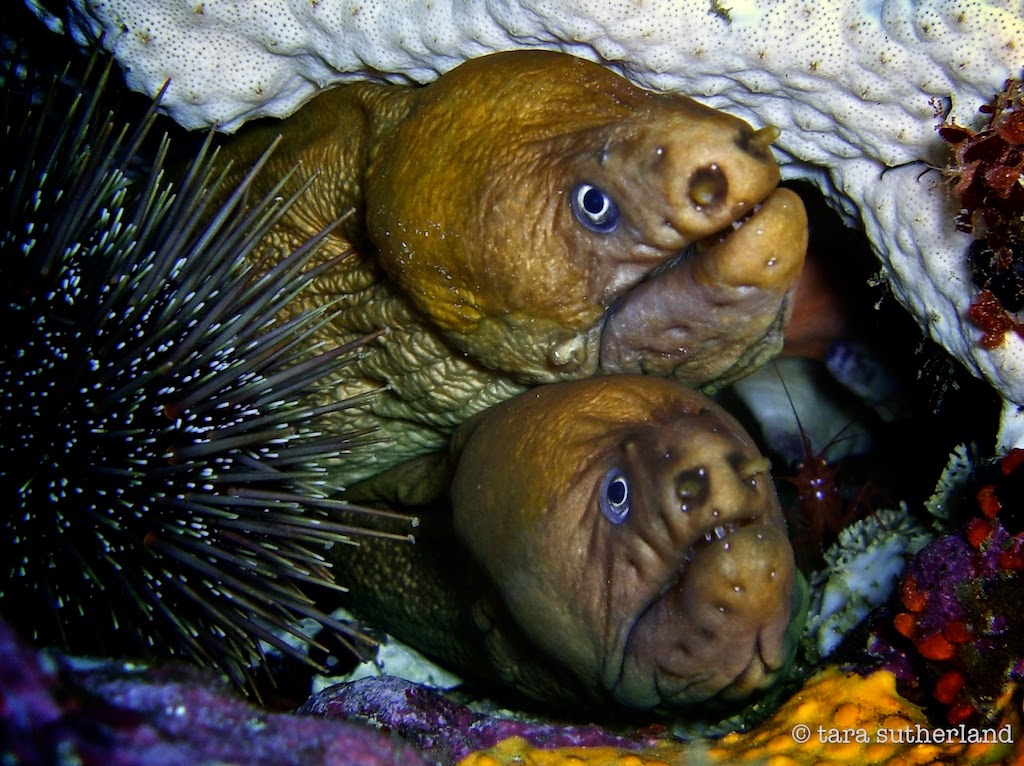 I'll write them up when I can think of how to make them interesting.  For now, I'm just going to say that they have the stats of a crocodile.


In the end, I guess it's not so much a dungeon, as something you wrap around the dungeon.  The ecosystem you embed it in.