So there are megafauna that swim between the stars and sometimes they fall to earth like a giant meteor made of meat.  (There's a place in Centerra where this is the entire ecosystem.)  This is what happens after you eat too much star carrion.

Picture a whale washed up on the beach, half digested so as to become unrecognizable.  The softer flesh has been eaten off, the blubber is peeling off in sheets, and limbs have eroded into skeletal phalanges.

It's pretty similar, when a star carcass crashes down.  Like their cetacean analogues, they show signs of predation, and of digestion.  They also have burns from atmospheric reentry, and usually arrive hot enough that their surfaces are boiling.  Death occurs in degrees, and locally, so that some parts of the kilometer-long star beasts might still be twitching and sighing up to several days after braindeath.

Lazy expanses of languid flesh.  Flaccid pillars of eyes.  Dying tendrils hundreds of feet long, that spasm across the desert, overturning cacti and tripping approaching horses.  Corpsemouths yawning with twilit stardust, moaning with thousands of voices.  Scutes from gargantuan shells forming secondary craters a half mile away as they impact minutes later, torn off the star corpse during its final trauma.  Burning pools of blood, ignited as it passed through the fires of its descent. 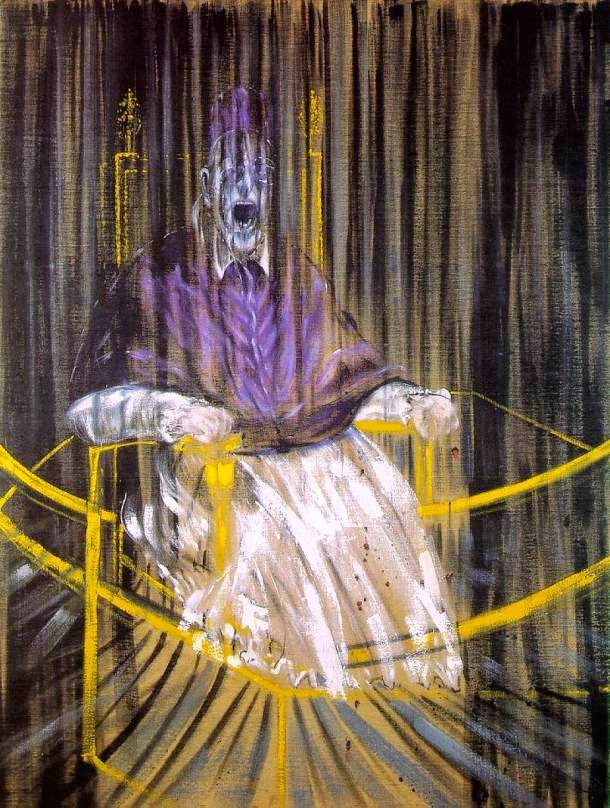 1 - Ecstatic tremors and arpeggios of bliss
2 - Sickly sweet filth, the vomit of heavenly sewers, diabetic nightmares
3 - Crumbling and savory; venison jerky transformed by some geologic process
4 - Spidery, saccharine slivers that dash across your tongue and disappear into your brain
5 - Pungent orbs the split by color upon your tongue, then reform
6 - Vinegar strips like licorice coiling around your spine

One hour after the first time a person gorges themselves on star carrion, they have a 25% chance of vomiting up about 100 gallons of black paste studded with mica crystals.  After vomiting, they must make a save.  If they fail this save, roll a d12 on the table below to see what sort of outer weirdness they succumb to.

1 - Ravenous Gigantism.  PC needs 100 meals a day for the next 10 days, after which they have grown twice as tall.  Anything less will result in rapid starvation.  Henceforth, they will not starve, merely shrink.

2 - Intangibility to Metal.  You can no longer touch it.  It can no longer touch you.  Yes, this does allow you to walk through metal bars while naked.  Metal-tipped arrows deal their minimum damage to you.  Fully metal arrows pass right through you (but probably fuck up your clothes).  Etc.

3 - Can only eat fire.  Eating a torch (like an ice cream cone) takes 1 hour, and will sustain you for a day.  Eating normal food will cause you to vomit a substance that looks and tastes like sour milk, but is poisonous (save or die).

4 - Blood replaced with single, fractally divergent snake that immediately emerges from any wound and screams.

5 - Cosmic Understanding.  +1 Wisdom but can henceforth only speak in the howling sussurations of the stars.  Will never sleep again, but must spend 8 hours a night standing still, looking up at the stars.  Failure to do so is equivalent to getting no rest.

6 - Cosmic Attention.  Abducted by red lights or pungent smells (50% chance of each).  Returned after 1d20 days (on a roll of a 20, they are never returned).  Roll a d6.  1 - Mind replaced with otherworldly intelligence with strange goals.  2 - Skin replaced with neon-colored rubber.  3 - Permanently invisible when naked, but take fire damage from direct sunlight.  4 - Black hole eyes.  5 - Organs replaced with machinery, since this is just a machine-clone that believes it is the original.  6 - Organs replaced with fetuses. 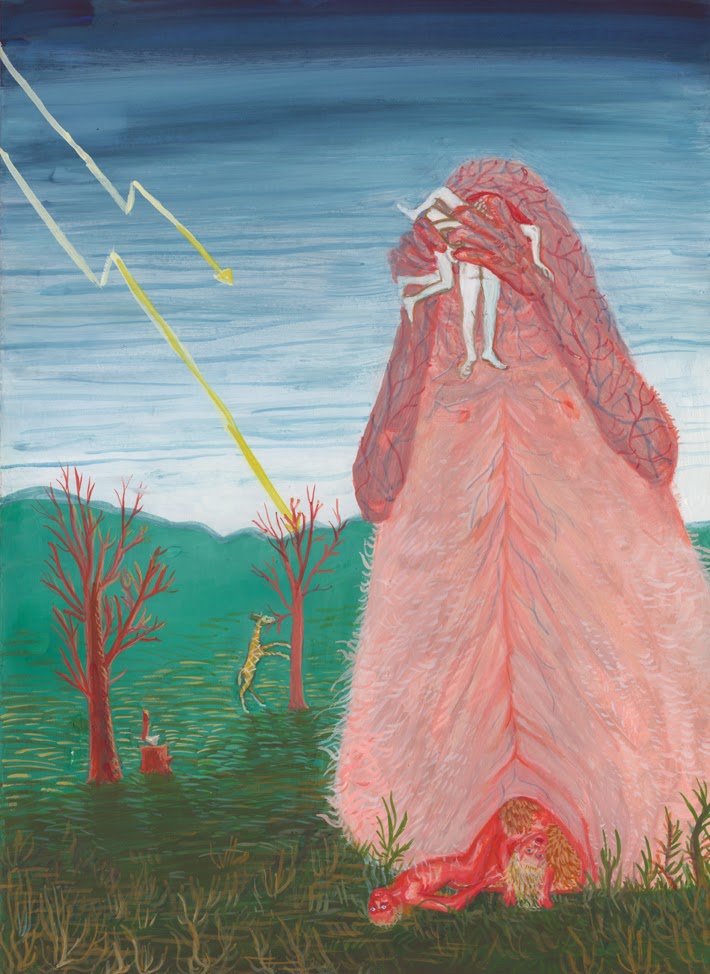 7 - Birth of New Star Spawn.  Pregnancy lasts 3d6 hours.  Newborn star creature will grow to adulthood in another 3d6 minutes, and will be 1d20*100 feet long.  Make a reaction roll to see whether it will attack PCs or serve as their loyal mount.  Either way, it suddenly decides to head into space after 1d6 weeks.

8 - Weightlessness.  Will need heavy backpack to walk (poorly), or someone to pull you along like a balloon.

9 - Become window for external observer.  New eye opens up on forehead; attempts to comprehend it, speak to it, conceal it, or prevent it from seeing out will result in pain and HP damage.  If the PCs life is in danger, there is a 2-in-6 chance that the outside observer will take some action to preserve its agent, usually by exercising some weird, godlike power.

10 - Stark, raving madness.  Flies in the eyes.  (Preferably a tendency for autocannibalism during times of stress, but DM's choice, really).

11 - Mutation.  Roll on your favorite table.

12 - Cannibal Outsider.  Eyes become metal orbs, dull green and glassy.  Eating the flesh of intelligent beings heals you slightly and youthens you (down to your physical prime).  You get +2 to save against clerical magic, and all clerics + paladins (good and evil) will recognize you as something worth destroying.  Clerical magic will never work for you again.  After you have consumed the brains of 11 wizards, you will receive a revelation of your purpose, and where you can fulfill it.  You know the facts contained in this paragraph with utter certainty, although you now doubt everything else about the world, even your own name.