I think I might start blogging my dreams, if they are D&Dable enough.  I like the idea because I'm lazy, and also because it seems very post-human to upload my dreams to the internet.

Anyway, this dream is sort of a model example.  It requires virtually no embellishment to be fucked up and semi-coherent.  This particular dream has three acts, which are semi-related.  I'm still not sure if they're part of a larger narrative or not.  But good job, brain. 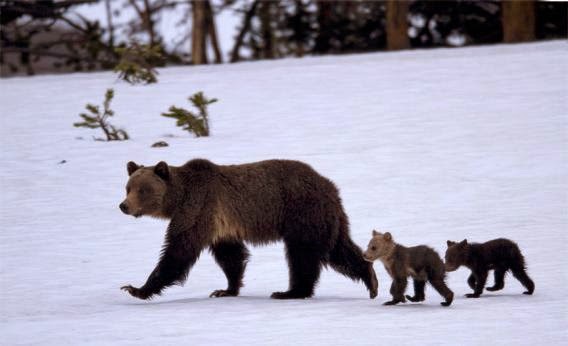 So I was showing up for work at the hardware store on a grey morning.  Everyone's cars were here, but the lights were off.  The store looked closed.

Inside, I could hear concerned voices talking in hushed tones.  My manager popped out into the aisle, red vest a-flutter, and said, "bring a mop."  So I did.

It was sprawled out in the middle of the screw-and-fastener aisle: a dead bear.  Or what I assumed was a dead bear.  It was semi-flattened, as if an 18-wheeler had run over it.  It's paws had been cut off.  Its eye sockets were featureless hollows.  And there was blood all over the cornflower blue tiles.

"Who wants to put it in a wheelbarrow so we can get it out of here?" someone asked.

Mike got bear blood all over his plaid shirt while trying to get the bear into the wheelbarrow.  It was big, even flattened.  When the bear corpse was in the wheelbarrow, I amused myself by poking it with my mop.

I would bop it on the nose and watch the head spring back.

After a couple of raps, it became obvious that the bear wasn't just flopping around, but was actively following my mop with its head, like a cat tracing birds out of the sky.

Finally, realizing that this was all very scary, cleared my throat and stepped backwards.

Still following the mop, the bear tried to step out of the wheelbarrow.  Its limbs were flaccid and unsteady.  It was still flattened, like an understuffed teddy bear, except for its feet.  It took two steps out of the wheelbarrow before it slipped.  It managed half a somersault before it split open along hidden lines, spilling blood, meat, and metal all over the ground.  It looked like it was made entirely out of caltrops and uncooked ground beef, but looking back at it now, I am certain that there were also a couple loops of barbed wire, a piece of rebar, and a set of keys.  Perhaps even some screws and fasteners. 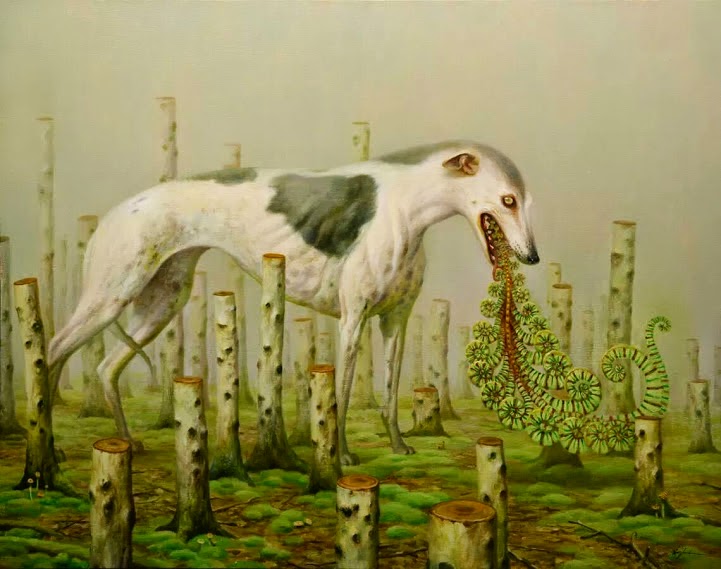 I had come here to kill him.  He would be asleep by now, but even asleep, I knew he would be alert and vital.  And of course, always with a gun within arm's reach.

The front door opened after a moment's work, and I sent the first bear inside.  I watched its furry backside disappearing into the interior, as quiet as a mouse.  I had taught it to tip-toe.

I had taught that bear two other things.

The first was how to open doors.

The second was to take care of dogs, and I knew there was a German shepherd somewhere in this house.

I waited for a few minutes.  No alarm was raised.  No lights flicked on.  No gun shots, no barks.  I slipped inside, with the second bear under my left arm.

There was a dog bowl on the ground, and a dog bed, but no sign of the dog.

Here is how the first bear takes care of dogs: First it approaches the dog, slowly and submissively.  Then it plays with the dog.  Then it kills the dog and stuffs its body in a place where it will not be soon found, such as under the couch or in the cupboard beneath the sink.

I crept up to the main bedroom.  The door was ajar, with only darkness visible within.  I knew that the first bear was already inside, waiting for his brother.  The second bear was still tucked under my arm, squirming with eagerness.  Its skin was woven wire, and its eyes were ball bearings.  It panted, and I could see engine oil pooling on its tongue.

I gently put the second bear inside the room, then turned and fled from the house.  The success or failure of my mission would no longer depend on me.

I still don't know how the second bear takes care of people. 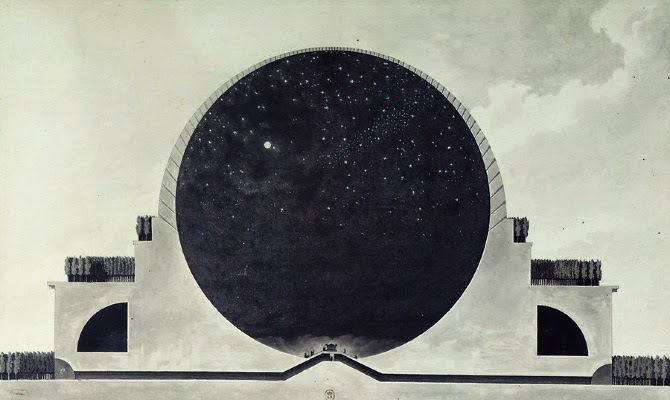 I was operating the door to the radiation chamber.

This was important because we didn't want anyone entering or escaping the radiation chamber when it was turned on.

I locked the door and walked around the nearest corner, just to be extra sure I wasn't exposed.  Golden orange light spilled out into the hallway behind me for exactly three seconds.

Checking the test subject, I could see that the experiment was a success.  Both of his arms and part of his head had been replaced with mechanical analogues.  His sensor nest trembled atop the stalk of cervical cordage.

I was delighted with this.  I let the test subject out of the chamber and ran over to report this success to my boss.  But as I did this, I tore open the skin on my arm, revealing reticulated bands of cables and actuators, fat and oiled inside my forearm.

"What is the meaning of this?" I asked my boss.  "Why am I also turning into a machine when I was so careful to avoid the radiation?"

My boss shook his head and regarded the test subject, who had shambled up behind me.

"There was never any radiation," he said.  "It was just an orange light and a buzzer."

The three of us were silent in thought for a minute.

"We should probably declare war on the whole world, then," one of us said.

"Psh."  Another one of us answered.  "That will never work."

"Then we should declare peace on the whole world," the third one said.

"That one is even less likely to work," said one of us, but they then I couldn't tell who was doing the talking anymore. 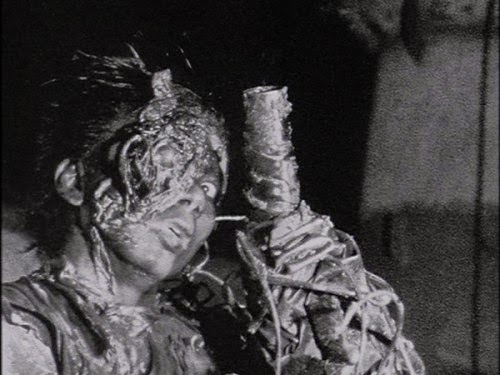 Email ThisBlogThis!Share to TwitterShare to FacebookShare to Pinterest
Labels: dream