Trovalos Mendalusus is a wizard.  Although he is hardly a world-class archmage, he is known within Meltheria as a summoner of no small talent.  Mendalusus is also regarded as a glutton and a lecher, with an odd sense of humor and a narrow set of associates.  He's not unkind or unpleasant, merely awkward and sometimes self-absorbed.

Just last month, Mendalusus finally capitulated to the demands of his friends, and shared a spell he had recently developed.  It is simple enough any wizard past his apprenticeship can cast it.  He calls the spell "Catherine". 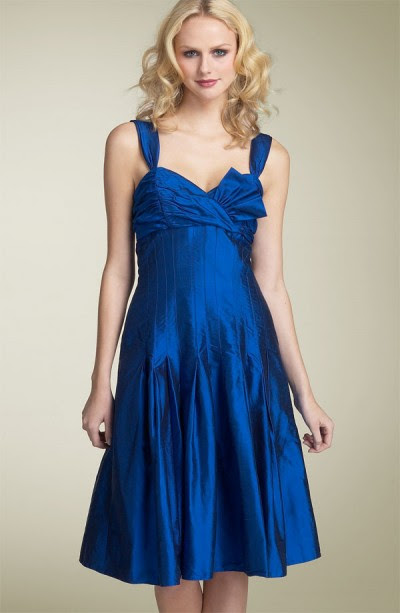 Quite simply, the spell summons a woman of the same name.  The spell lasts for several hours.  She is young, attractive, blonde, and wears a large blue dress (although she can change into anything provided).  In personality, she is quick to laugh and prone to pouting.  In all respects, she acts exactly like a real human being.  She is especially eager to obey any commands, as long as they are phrased politely.

It is fair to say that Mendalusus did not anticipate his spell would get such a reaction.

Spells to summon beasts have been known for a long time.  Even the street magician's trick of pulling a rabbit from a hat is based on the conjuration magic of real wizards. So summoning an animal is no strange thing.

The animals summoned from these spells certainly look, feel, and behave like normal animals in the short time before they vanish.  They are not illusions.  By most definitions of the word, they are "real". . . at least before the spell runs out.

There has been an unofficial consensus among wizards that humans and other "intelligent" creatures cannot be summoned like rabbit or wolves.  By convention, these lines of research have never been pursued.

In Meltheria, the City of Wizards, there has been an explosion of interest in the Catherine spell.  Mendalusus and his associates have been kept busy (1) making scrolls to keep up with demand, and (2) preventing counterfeiters from making and selling illicit copies of the same scroll.  Money is pouring into Mendalusus' pockets faster than he can count it, and it is pouring back out to hire a small army of lawyers and thugs.  It is very expensive to fight counterfeiting.

The colleges of wizardry are in an uproar.  There is a lot of discussion about whether Mendalusus violated some unwritten code of wizardry when he made a spell to summon a human.  There are also suggestions that this spell should be banned from the public.  Most agree that the Catherine spell opens the door to a whole new branch of wizardry: "human summoning".  This agreement is always immediately followed up with arguments about which existing college is best equipped to pursue this intriguing line of research.  Several of the mage-princes of Meltheria are eager to throw money at anything following this line of research, and at least one college will soon be getting paid a great deal of money to do exactly that.  It is even possible that the portly, nondescript Mendalusus will be shoulder-tapped to head the research himself.

The police force of Meltheria has already began issuing announcements and placing posters.  These signs show a picture of the summoned Catherine, and warn that she is only a spell effect under the control of a wizard, and should not be treated like a human being.  The police do this in response to last week, in which Meltheria saw a flood of pranks that used the Catherine spell, mostly involving seduction, indecency, and petty thievery.

The single most powerful institution in the world, the Church has already spoken out against the Catherine spell.  The Patriarch has condemned the spell as sinful, since it will obviously be used for carnal purposes.  Why would anyone develop such a spell, if not to illicitly enjoy the pleasures of the flesh?

The Church has even gone so far as to categorize the spell as Necromancy, which makes it illegal in most of the civilized world.  They argue that since it imitates the soul of a human being, it cheapens and corrupts the souls of those who cast it.

The Church wields little power in Meltheria, which sits so far away from the power centers of the Church.  Still, it is not wise to flaunt one's disobedience, and it is likely that international politics will become strained as a result of Mendalusus' spell.  Meltheria's mage-diplomats are already sweating in their embassies, bracing for the coming storm.

Ironically, the Church is joined in its condemnation by the witches.  Although the Church has forbidden witchcraft (defined as any woman who casts a spell), this rule is poorly enforced, and hundreds of small, discrete covens exist around the world.  Meltheria, despite being the city of mages, is also something of a men's club--only two of the Colleges of Wizardry permit women to join their ranks.

The liberal headmaster of the Autumnal Eye, Alosius Faruk, has already publicly stated his opposition to the Catherine spell. He has invited all who wish to protest "human conjuring" to stay as his guests while the mage-princes decide the fate of the Catherine spell. He implicitly included witches in his declaration, and his house is currently home to many strange guests from all corners of the globe.

As they have been prevented from a legitimate forum for their arguments, some of the witches (and wizards in protest) have found other ways to voice their disapproval.  Mendalusus, the mage-princes, and the college headmasters have all seen letters pour into their houses, sometimes literally (as in the case of Alokk Ward, who was writing a letter in his study when he was suddenly buried by the arrival of several thousand paper birds, each of which containing the same furious letter.)  Mage-prince Auroch has been turned into a woman, and has had no luck so far breaking the enchantment.  And there are rumors that Mendalusus' penis has been spirited away (or at least rendered impotent), something that would explain his foul mood these days.

There are also a great deal of other third-parties that are interested in seeing the Catherine spell outlawed.  That spell could put a lot of people out of business, especially if similar spells are developed.

Last week, a woman was told that she couldn't buy grapefruit because she wasn't a real person.  The grapefruit seller pointed to a nearby sign as evidence, and told her that she as a "spell effect".  The "spell effect" complained to the guards, who promptly arrested her.  She was held in custody while the guards waited for her to disappear.  Except she didn't.

The city guards of Meltheria have been trained to be very wary around spells.  They were so suspicious, in fact, that the woman was in jail for two days.  Only after numerous people came by, testifying that they were her friends and family, was the woman released.  Her name is Catherine.

If she is awarded any money, it will be a fortune.  Many copies of the scroll have been sold (something that only increased after hearing that it might soon be outlawed), so this is no small sum of money.

She has even announced that she intends to testify against Mendalusus, and with the money from sales of "her spell", she give back to her family and to the Church.  In fact, she has already sworn off prostitution, and has spoken of the evils of that profession.  It is rumored that she was aided in this moral decision by a large sum of money from the Church.

Catherine has already received many threats.  Wizards have sworn to "dispel" her.  A blue dress was nailed to her door.  Once she even came came home to find the corpse of a "spell Catherine" in her kitchen.

Most intriguing of all, Mendalusus claims that he has never met this woman before in his life.  He claims that his spell was entirely of his own devising, and wasn't based on a real woman.  He claims that the "real Catherine" is an illusion created by rival wizards who intend to scam him out of his fortune.

This is not impossible.  Wizards have performed far more impressive deceptions in the past.  But if the "real Catherine" is actually a fake, then someone has either (a) rewritten the Catherine spell and maintained it these several weeks, or (b) altered a living woman to exactly resemble her.  Not to mention all the people that have come forward claiming to be her friends and family.

Meltheria has already set a court date.  The trial will decide the fate of "human summoning", distribute a vast fortune, and possibly even determine the fate of our immortal souls.

At the heart of this is an ethical question.  If you decide to run this in your campaign, or something similar, don't let your players off the hook.  No matter how you insert this into your game, I strongly recommend creating a situation where your PCs pick a side.  The situation in Meltheria is certainly delicate enough that a small group of dedicated people could tip the decision either way, and your players will enjoy seeing that--yes--they can cause permanent and significant changes to your campaign setting.  Either way, they are guaranteed to emerge from this scenario with some new enemies.  And hopefully with some new friends, as well.

I'm under no illusions that this is a watertight plot. I sort of just made stuff up while meditating on a theme. I DO think there are a couple of gameable ideas here, though. Steal the concepts your gaming group might like, and discard the rest. Jeet kun do, motherfucker.

At the very least, your level 3 wizard can have fun exploiting the hell out of the Catherine spell.

Forced: Shouldn't be. If your players don't give a fuck about defining sentience and personhood, don't try to make them. If they want to kick down doors and smash faces, let them.

The Catherines: They probably don't have memories, but I think it would take most people a while to realize that.  (How long would it take you to realize that you don't remember high school any more?)  I imagine that they'd be pretty upset (horrified) if you challenged them with their status as non-people facing imminent non-existence.  Or maybe not.  If Cthulhu made fun of you because you had no memories older than a few dozen solar cycles and will be dead in a few more, you might not care.

IP Law + Wizards: Actually, I think that sounds like all sorts of fun. With lots of rules and lots of magical ways to sidestep the enforcement, you'd probably get into some really sketchy business before the court date. Demons, mind control, polymorphed witnesses, perfect forgeries, etc. "The prosecution moves to strike the testimony from the record, since it has been proven that the witness has not been polymorphed, but is, in fact, a common rat, just like the supposed "translator".

D&D + Pathfinder: Both great systems, but don't assume that they're in play here.

And having one of the PCs replace Catherine is a GREAT idea.
Posted by Arnold K at 6:04 AM