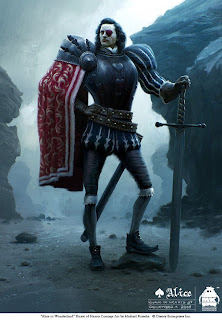 You may find this blog post useful if you:

Basically, whenever you roll a new level 1 Fighter, you also roll on this table of descriptors.  Each of these descriptors is both a personality type and a minor mechanical change to the class.

The player normally just gets 2 descriptors at random. But if they have a desire for a certain type of character, they can opt for 1 descriptor of their choosing.

The personality traits described are just suggestions. If you get Cowardly and decide that you don't want to play a cowardly character, draw a line through the personality bit and just keep the mechanical half.  It's just a suggestion.  Interpret it however you want. In fact, if you get a weird combination like Cowardly and Brave, it's going to require some interpretation on your part.

1  Belligerent: Agressive attacks* have their AC penalty reduced by 2.
2  Brave: +2 to save vs fear.
3  Protective: Defensive attacks** have their attack penalty reduced by 2.
4  Hasty: +5' to run speed when unencumbered.
5  Gruff: +2 to save when holding breath or for feats of endurance.
6  Lithe: +2 to AC when unarmored.
7  Lush: Alcoholic drinks heals you for 1 hp.  You still get drunk, though.
8  Methodical: +1 to hit with ranged attacks, but -1 to hit with melee attacks.
9  Nemesis: +1 to hit and damage against a certain type of creature (determine randomly).
10 Cowardly: Can disengage from combat without penalty, attacks of opportunity, or whatever,
11 Reckless: +1 to hit with melee attacks, but -1 to hit with ranged attacks.
12 Superstitious: +2 to save against curses.

I have no delusions that these are balanced. But balance is for chumps.

If you want, you could also use subsets of this list to make packages or archetypes.

So, after the the laser elementals and prism golems TPK everyone, Alice and Bob both decide to roll up new level 1 fighters.  Alice's fighter is Brave and Protective, so she calls him Sir Tonsilbottom.  Bob's fighter is Superstitious and Cowardly, so he calls him Bungo the Brave (because Bob's an ass). Even before gameplay has even started, their fighters feel a little different from each other, and they'll play a little different from each other, too.