This is to expand on HEX 1811 in Jacob Hurst's excellent (and almost complete) hex crawl, Synthexia. 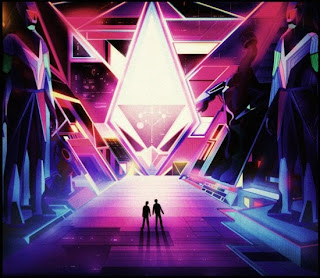 Once the seat of power for the mighty Urgis Khan, Astrotopia was once a city to rival the Crystal Metropolis of the Sorceress Queen (with whom he had a complicated relationship). Those days are long since gone.

A warlord in his youth and a hedonist in his dotage, Urghis Khan was impossible to forget.  He was a man of destiny, who always sought out new things to conquer and/or fuck.

In his youth Urghis suffered a horrible misadventure (never bring portals through portals) and briefly traveled to the future, where he walked among the strange streets of a future metropolis. When middle-age dug its long hooks into the great Khan, he became obsessed with the idea of rebuilding the city exactly as he remembered it.

This project would become Astrotopia, the City of One Thousand Indulgences, the Felicitous City. Everyone agree that it was beauteous and fair, but some argued that many aspects of its design were nonsensical or pointless, since no one alive could understand or imitate the technology of the future.  What was the point of these dead ends and non-functioning teleporters? Of doorways made for creatures a tenth of our height?  What good were laser bridges, when humans can't walk on lasers (and died when they tried)?

Those were naysayers. Throughout his life, Urghis treated all naysayers the same. He had them strapped to rockets, and then shot into space. 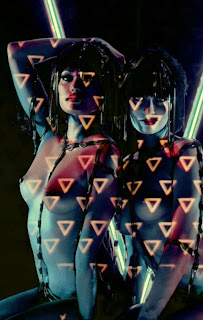 The city was built on a cliff, which has now gone to shit. About 50% of the buildings have fallen off into the void.  The other 50% remain on steeply angled ground, where a stumble might result in a very long fall, indeed.

However, much of the city existed as enormous underground cysts, each with a different theme or story from Urghis' past conquests.  Some of these cysts are hundreds of feet across, and many of them duplicate environments that Urghis ruled over or battles he fought. (For example, the instance when he lead 500 hover-triremes over the Prismatic Mountains in order to sack the City of Laughing Slime and kill the Pterosaur King.) Travel between cysts is done via a subway system.

A disgraced baron from the Crystal Metropolis, Strobos von Dubstar has managed to escape the crystalline hand of justice by fleeing aboard the Flying Ottoman (the familial estate of the von Dubstar family, the Flying Ottoman is a repurposed starship that resembles a giant skull vomiting an aircraft carrier, covered in rainbow pulsars and searchlights).

Strobos has spent the last year attempting to scour the ruins of the dead city for weapons, but so far has managed to unearth little more than deranged opium elementals, armories of barbaric finery, and (figurative?) armies of pleasure droids.  Still, he has managed to make himself ruler of a broken city, and is striving to unravels the mysteries of Synthexia's shattering.

The Laser Phoenix was once the prized companion and trophy of Urghis Khan.  Now, the immortal bird has been enslaved by von Dubstar, who controls it with a gaudy crystal pendant that he wears around his neck. If the fierce bird were ever released, it would surely seek revenge.

Tomborius and Clow are a single creature: a psychic stegosaurus. This particular species has highly developed brains in both the head and hip area, and so it has grown to think of itself as two separate creatures.  They are telepathic, telekinetic, and somewhat prescient.  Tomborious is the nerve cluster in the cauda equina (where the spine meets the rear legs) and is the more dominant, powerful of the two.  Originally, Strobos resented speaking into the dinosaur's ass whenever he wanted something done, but has since grown used to it.

Other retainers include a large number of centaurs and "receptor-heads" from HEX 0205.

Although the Baron does not know of it, there is one rogue AI that has survived in the ruins these long years: Stereocles, the sound system. This AI is quite mad, but he is convinced that he must get rid of von Dubstar.  He has only a few dancing robots and weaponized disco balls under his control, but he has an extensive knowledge of the city and its hidden vaults.

He has only one measure of judging a creature's worth: their dancing skill. Those who are particularly poor dancers are given private lessons via proxy robot. Those who survive the private lessons find that they are excellent dancers after the experience. 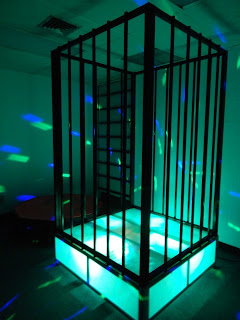 The Voice of Urghis Khan

So great was the Khan's ego, that he made audio recordings of himself that played in many sections of the city. These recordings are usually boasting, fun facts (TM) about the city, or encouragements towards greater debaucheries.

Locations within the City

The Trophy Room contains no equipment or taxidermy. It's a holograph chamber with hard light lasers. The Khan took brain scans of every enemy he defeated, and had them stored in CDs. These CDs can be used to literally relive the fight. Since some of these ancient foes know the location of ancient weapon caches and MacGuffins, many people are interested in this room. Getting them to talk may be tricky, and you never know who or what is stored on a CD until you put it in.

The Dance Floor is now littered with bones and glitter. It is not a room but a literal floor, and covers an entire sublevel of the city. Stereocles rules over this section with an iron manipulator.  The dance cages hold a few malnourished barbarians and receptor-heads, who dance feverishly to earn their freedom.  Many of the doors here only unlock when shown the proper dance move (choreometrics).

The Grand Nympharium is sort of a cross between a library, a harem, and a temple. No voices stir these perfumed halls, and no hands brush aside the softly humming curtains of aural silk. A few ero-zombies lurch and gyrate through the pillowed rooms, mummified by vast quantities of aphrodisiacs.  Only the parthenogenic princesses of Neptulon-6 made a life for themselves here.  Back on on their watery homeworld, they were clever and lithe creatures, masters of bubble technology and lovers of board games. In the gloom of the nympharium, their grey-gilled granddaughters slip out of the pools and fountains and catch their dinner with needling teeth. The only thing that might give these monsters pause is the possibility of trading their jeweled thongs for sensible clothes. They've heard of "pants" from captured barbarians, and are eager to slip out of their frippery. 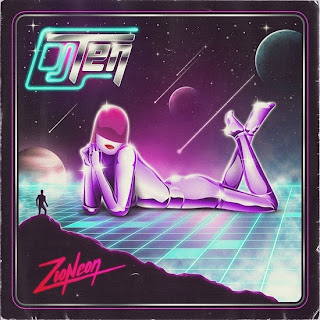 The Heart of Ecstasy still sweats with golden nectars, opiate elixirs, and more exotic drugs that were invented and dispersed before anyone cared enough to name them. A few creatures have wandered in and become addicted to this chemical cornucopia, and now cling to its central fruit like rapturous ticks. They form a loose tribe, and will react violently if anyone bothers them or interferes with their supply of drugs. Anything else is ignored. Goldenburn the Ascetic Prophet paces around them, admonishing them for their laxity.

The Halls of Pessimism is where the Khan stored the rocketships he used to launch naysayers into space. The ships are painted to be as embarrassing as possible.  A gang of cyborgs frequents this place, scavenging rocket fuel for their psychocycles.

The Floating Garden exists as a number of floating platforms inside a biodome. The greatest dancer in the world, Ignatio the Snake, was eaten by a Carnivorous Slobber-Vine only a few days hence, and his adamantine-sequined pants are all that remain of him. He never should have trusted the suspiciously fashionable mushroom men in the fern village.

The Armory has almost fallen off the cliff entirely, and the entire building hangs at an awkward 45 degree angle over the abyssal void.  A number of carbon tethers keep it from slipping further (hopefully), but murderbots make the interior unfortunately lethal. The building is a bit like a skyscraper, and a clan of extremely well-armed glitter harpies nest on its apex.  A disassociated poet-droid from the Labyrinth of Prose is the only creature that passes freely though, but its mind is gone. It ignores requests and responds only in rhyming gibberish and dirty limericks.


I tried to leave everything open-ended, or at least self-contained, so as not to bog down an honest, god-fearing hex crawl with dependencies.  If you have any ideas for Astrotopia, add them in the comments.

Also, it is a goddam travesty that there isn't already a picture of a laser phoenix online. I don't know where our tax money is going that is more important.