The Dwarves of Mt. Doldrum 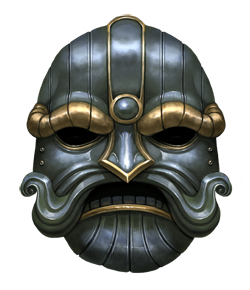 In the side of this grey mountain, an opening has been dug out.  In cross-section, it is a perfect square.  500' across, and 500' tall.  The inside of this hollow is filled with identical balconies, all hewn in the most regular and unadorned manner possible.  A great deal of dwarves live here.

The dwarves that live here are ineffably servile and completely noncreative.  They are literally incapable of any creative thought.  For this reason, they always capture and imprison an outsider as their king.  This king is clothed in boar's fur and given a crown and a golden hammer (their royal icon).  This king is then responsible for proposing solutions to the various situations and problems that the dwarves face.

Although the dwarves are incapable of original thought (or even remembering previous situations that might be applicable), they are intelligent and capable of figuring out if their captive king is trying to sabotage them, engineer an escape, or whatever.  They can tell if an idea is good or not, they just can't come up with it themselves.

They are not evil or irrational, and can travelers can enjoy their (dull) taverns, visit their (perfectly square) marketplace, and drink their (exquisitely bland) beer.  Mostly they are content to just sit their like lumps, but if you annoy them they will feed you to the lobsters and not even feel bad.  However, if a visitor displays any signs of ingenuity or cleverness, that person is conked over the head and brought to the castle.

The dwarves have the most boring conversations imaginable.  They mostly talk about weather, rocks, and who most recently had a baby.  They are also fond of listing their genealogies to other people.  Humor discomfits and upsets them.  Irrational or absurdism confuses and enrages them (since they suspect they are being made fools of).  Continually yelling nonsense at them will invariably cause them to enrage and attack.

The things they sell are functional, but perfectly unadorned.  All prices are set across the city.  Haggling is impossible.  They make no masterwork items here.  Why would they, when it is so much easier to make ten functional tools than 1 excellent one?

The King of Doldrum

In order to have the smartest, most creative king, the dwarves of Mt. Doldrum must constantly be testing new candidates.  The kidnapped person is brought into the presence of the captive king, and the two will compete in a contest of creativity and wit.

The dwarves just plop the two people side by side.  Lacking creativity, they just ask the two people "prove to us that you are creative and intelligent".  The winner is crowned king, and the loser is thrown to the rock lobsters.  Previous contests have involved debating, painting, chess, interpretive dance, and cooking.

The current king is actually a kidnapped human princess name Mimelda Upon-Shuna, daughter of Forkbeard Blackstone, an cruel warlord of some repute.  She is 17, rather plain-looking, and sharp as a tack.  You won't meet a better chess player.  The only thing she desires more than escape is to somehow figure out a way to mobilize the dwarves into a conquering army.  They'd make quite an efficient horde, she thinks.

Mimelda also wants companionship, as well as news from the outside.  She will try to prolong a contest as long as possible, for this reason.  (The dwarves are nothing if not patient.) 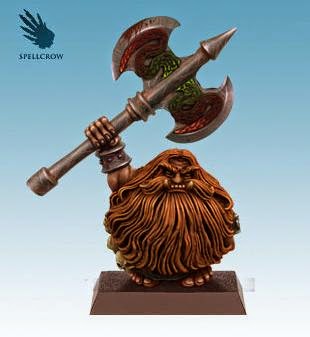 The construction is grandiose, blocky, and monolithic.  The only adornment they allow are concentric squares chiseled into the faces of the blocks.  Nearly all passageways look identical.  Every day at exactly noon, every dwarf returns to their chambers and recites all of the names of their ancestors from the beginning.  This is what passes for religion.  It takes about an hour.  The only people still walking around are outsiders and the mercenary guards, who are invariably ogres armed with spike gauntlets, belly-plates, and full helmets that are shaped to look like dwarves.

Nearly all of the dwarves are miners.  Nearly all of the deeper passageways are tombs.  The town's biggest export are bricks and ingots.  Wheelbarrows are the preferred way to transport things (backpacks and sacks are seen as dangerously irregular in their shape) and nearly every dwarf has a wheelbarrow or two.  Even the waitresses will bring you your beers on smaller wheelbarrows.  Their currency is little gold cubes, which they claim to be far superior to coins, since they don't roll away.

It is said that that the dwarves have accumulated a great deal of gold over the years of their mining.  They take this gold and smelt it into cubic ingots, which are then stacked together.  When they have a big enough cube of cubic ingots, they re-smelt them into an even bigger cube.  Therefore, the rumors say that in some basement, behind some perfectly nondescript door, there is a cube of gold 10' on a side, with smaller stacks of gold ingots piled along its sides.

Although the city of Doldrum is boring (let's be honest), the place attracts a great deal of foreign interest.  Merchants come here to trade and to hire efficient, honest dwarven work gangs.  Storytellers and bards enjoy the place, since they can make a handsome profit simply by telling their simplest stories again and again, merely changing the names and a few slight details.  (The dwarves despise more 'radical' types of entertainment, such as music.)  And of course, foreign thieves turn up in droves, lured by the promise of cubic gold and predictable dwarven habits. 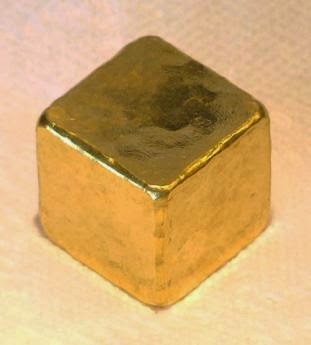