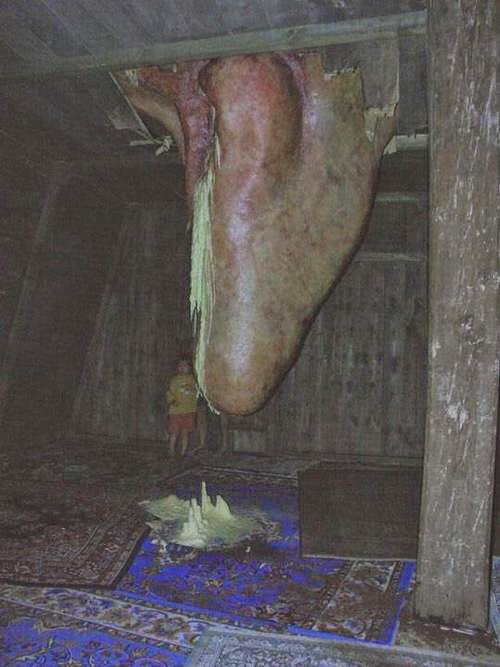 It's tough to have good hallucination rules.  The usual fallback are confusion spells, which are just a small table (d4) of options that include stabbing yourself, stabbing an ally, etc.  That's more of a "do random stuff" effect and not much of a "perceive random stuff" which is sort of what hallucinations would do.

There are a couple of reasons why it's hard to write good hallucination rules.

1. It depends on making up random stuff.  Random stuff is hard.

2. If you're rolling on a big table before you tell a player "you see a purple dragon in the tavern, what do you do?", then the player will metagame and realize that the purple dragon is a hallucination.  They can't help it.

3. The game pretty much depends on describing scenes to the group, and then letting them act on it.  Hallucinations mess with this simple, effective process.

So here's my attempt. 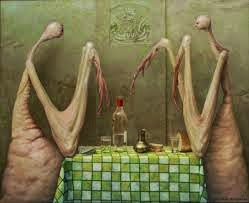 Whenever a player is HALLUCINATING, roll on this table whenever something significant happens.  E.g. monsters attack, the PC enters a new area, an NPC begins saying important stuff, etc.  Also whenever something happens that only the hallucinating PC witnesses.

You can make this roll every round to constantly add hallucinations, or you can roll once at the start of the scene and just maintain the same ones.

IMPORTANT: The hallucinating player may say, "well, I look at my fellow party members and see how they are reacting before I do anything".  This is not a bad idea, but this delay will also (a) cost the hallucinating person their first turn in combat while they look at their companions, and (b) also gets it's own roll on the hallucination table.

Each of these gives the players an honest choice based on dishonest information.  That's good--choices are more fun than losing control of your character while the DM rolls his actions.

If you want a random noun generator to help you come up with stuff, just google one.  I liked this one:

NOTE: In order to prevent players from metagaming, be sure to roll every time and present the information in the same way.  Think poker face.

NOTE: If a PC is hallucinating, lay it on thick! So far I've only described the big, mechanically significant hallucinations, but you should also be adding in little fluff hallucinations constantly.  "Fluff" hallucinations are the ones that still sound crazy but don't really affect the game much.  Don't bother interrupting the flow of the game for these, because they won't have much gameplay impact (either because they're minor details that don't change how a player would make decisions, or the PC has time to look at how his companions are reacting).

Examples of fluff hallucinations:
1    Your spaghetti is writhing like worms.
2    You hear your father's voice, calling you to come home.
3    You can hear the sun burning in the sky like a bonfire.
4    Everyone in this marketplace is looking at your butt.
5    Something is growing inside your stomach.

NOTE: Test for false positives.  Whenever something could happen that only the hallucinating PC could witness, roll the d8.  Like when the waitress served the spaghetti, did she really whisper "meet me in the kitchen in five minutes" or not?

It's not a complicated rule, but it does take a while to understand.  Rolling a d8 doesn't take much time, especially if you roll the d4 at the same time.  Once you get the hang of it, it'll flow a lot smoother. 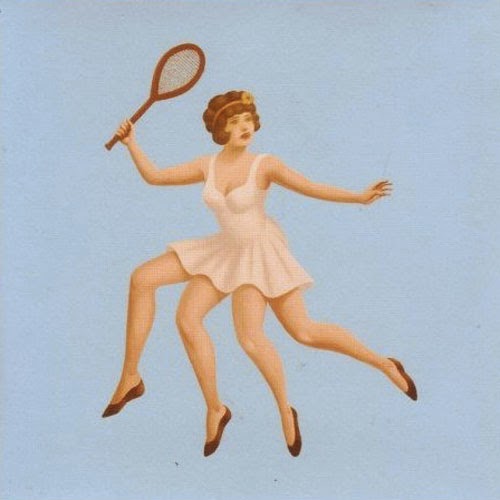