Magic shields are more difficult to invent than magic swords.  By their very nature, shields are reactive--you don't choose when you use them, your enemies do.  So, I've tried to keep that, but make it cooler.

A lot of these shields have effects that trigger when an enemy misses you with an attack.  Or they make the shield more convenient, or some some other interesting thing. 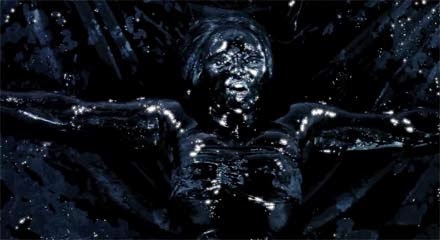 The orcs claim that the orcish hero Vogura'umak was not born of any orc, but instead emerged full grown from a tar pit.  In his left hand he held the blade called Elf Eater, and in his right hand he held the shield called Hungry Black Tongue.  In orcish, the shield is called Vogura Karakul.

From the back, the Hungry Black Tongue clearly resembles a huge tortoise shell (3') that has been made into a shield.  From the front, however, it appears as an oozing black surface of tar.  In fact, the front of the shield is believed to be an extraplanar portal to the plane of tar (if such a place exists) much like a bag of holding.


This thing is murderous against small creatures and weak creatures attacking with weapons (e.g. goblins).  Plus, I think it's pretty awesome to just smash a mephit with your shield and watch it get eaten. 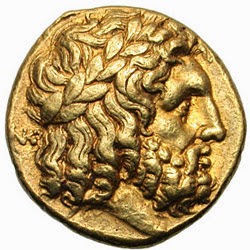 This shield is said to be made from one of the coins that that the titan Canachorus used to pay off his blood debt, so that he may finally abdicate his eternal throne and die in peace.  It is said to be good luck to bludgeon an enemy to death with the shield.

It resembles a gigantic coin with a brooding face on the front, surrounded by runes that have never been translated.  Although it looks like copper, it is much harder.


It's an interesting choice for the player.  Is it worth using the more reliable sword to kill the ogre?  Or take the harder path of trying to bash it to death with your shield in order to get more money.  It tempts players into making their own combat harder in exchange for more rewards.  I like giving players more control over a battle's difficulty and rewards.

However, this is another example of a dissociated mechanic, and it does open itself up to abuse among rules-minded players.  Don't let players abuse the mechanic by stuffing a goblins pockets with gold and then killing it in order to double their money.  That's just stupid. 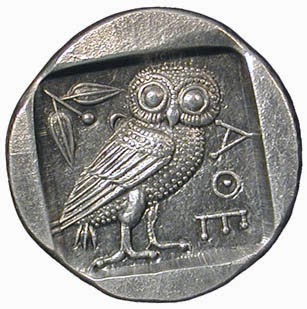 
This shield is said to be made from one of the coins that that the titan Canachorus used to pay off his blood debt, so that he may finally abdicate his eternal throne and die in peace.  It is said that to bear Chaos is to invite disorder into one's life, bringing with it great luck as well as misfortune.  However, those that can learn to master Chaos can also be empowered by it.


It resembles a gigantic coin with a brooding face on the front, surrounded by runes that have never been translated.  Although it looks like copper, it is much harder.


Like Plutus, I have very mixed feelings about this shield.  On one hand, there are some fun tactical possibilities with this thing.  The 3-in-a-row coins are pretty nifty, since you can save them for the next fight, but is it worth the extra chaos that double-or-nothing causes?  So those are fun decisions for the player to make.

On the other hand, these are also pretty dissociated mechanics.  AND like Plutus, they also invite abuse.  Don't allow players to engineer encounters (forcing a captured goblin to fight unarmed in order to accrue heads/tails). 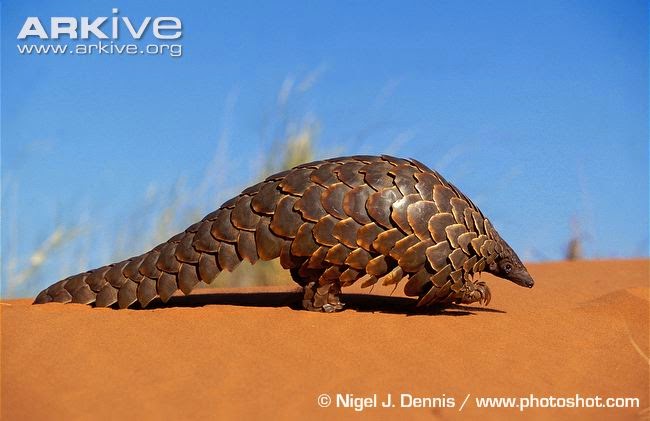 This is a cloak made from a giant desert pangolin.  It was crafted by the elves of the Dustwind.  It looks exactly as if it were taken off the back of a giant fucking pangolin.  I can't explain it any better than that.

The shield is currently is the possession of a desert elf called Viniculaf, leader of the Dustwind outriders.


I'm sorry.  I just love pangolins so fucking much.  You don't understand do you?  Have you seen a baby pangolin?  They have sweet little face and awesome little claws.  You just want to pick them up and nuzzle them and teach them to hunt armadillos and pay for them to get through college. 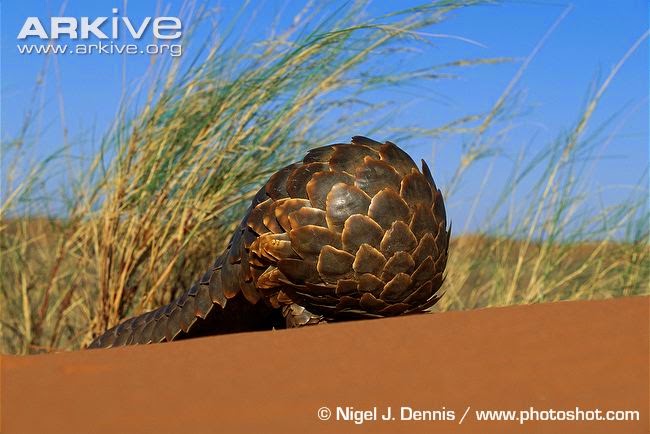 This shield looks like a turtle shell, all made from mossy greens and vibrant, iridescent panels of turquoise.  It is, in fact, a living sort of mutant turtle.  Or, a turtle-ish creature, since it is not very much like a turtle when you get down to it.  It only has two legs and no apparent head.

It is worn by shoving your arm down its throat and wearing it like a shield.  The turtle paw doesn't mind.  It will happily attempt to digest your arm with powerful acids.  That is why you must also wear the Turtle Glove when you do this.  The Turtle Glove goes up past your elbow, and is made from the intestinal lining of a similar creature.

There is only one living Turtle Paw known to remain in the world (although you can find their shells in many an armory).  It is kept by the monks of the Rigaleign Cloud Garden, and they are desperately seeking a second one to mate with theirs.


Pangolins are also called trenggiling.  Baby pangolins have soft scales that harden and thicken as they get older.  They are insectivores, and most of them are picky enough to only eat a couple of species of insects. 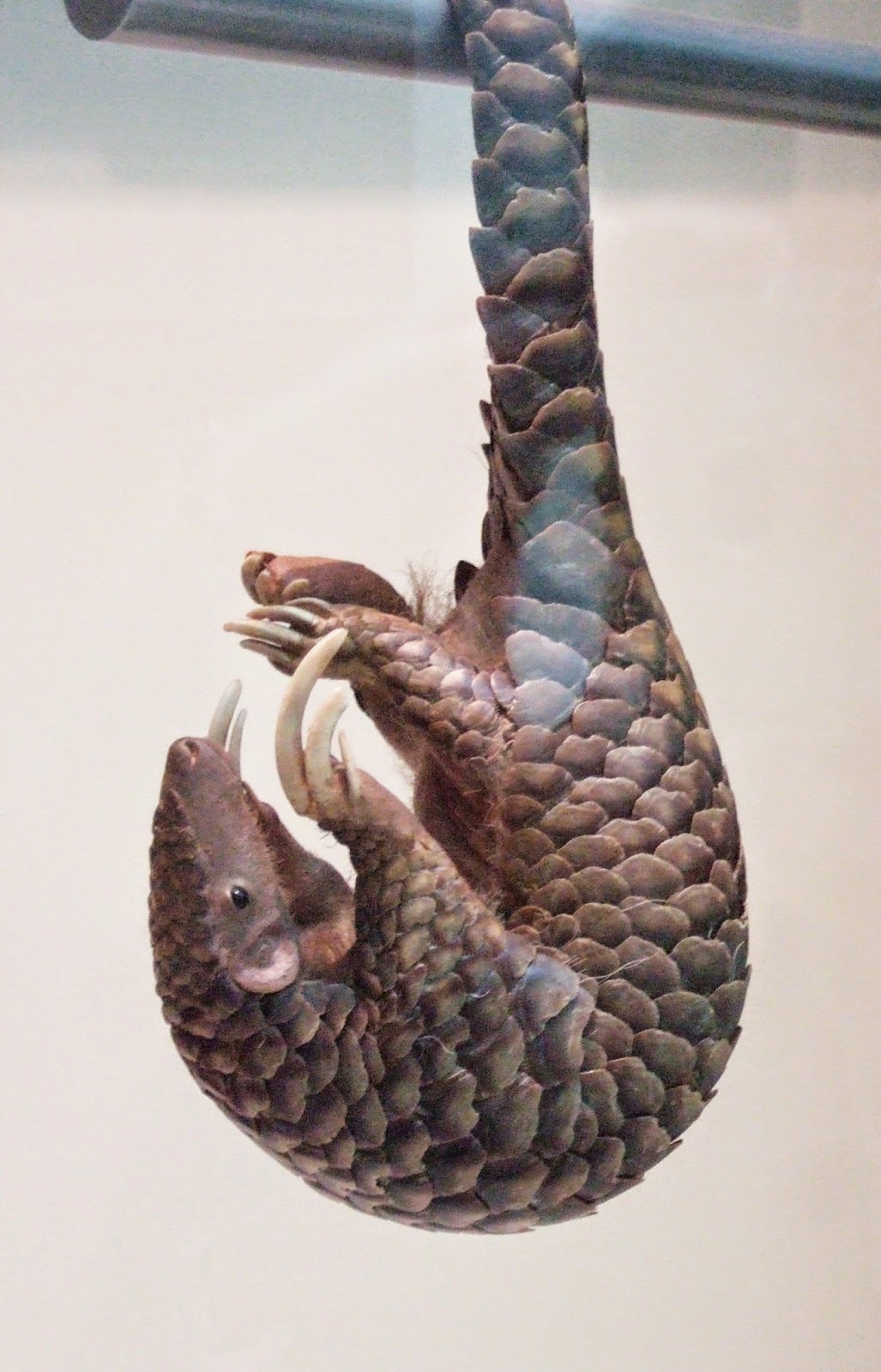 Yo this is a magic dragon skull power shield and you get them from killing magic power dragons.  It has many powers that are magical.
Pangolin forelegs are thick and best suited for digging, and so pangolins usually only walk on their back legs, using their heavy tails to keep their front legs a few inches of the ground (like a suspension bridge).  Their tongues are like anteater tongues, and are longer than their entire bodies.  And people have made armor from their scales before. 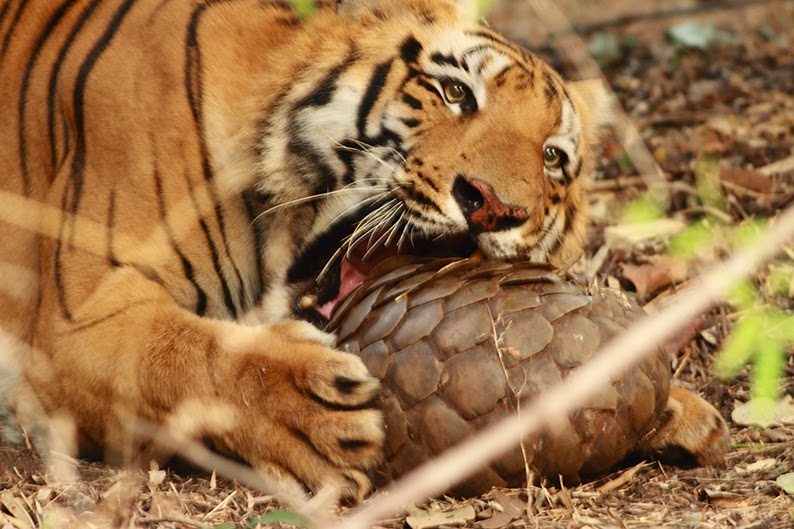 Popular among the high-ranking officers of Brynth, these are magical tattoos on the left forearm.  The tattoos resemble a line of four shield-bearing hoplites, shields and pikes facing outward.

The tattoos require expensive magical reagents, but they aren't for sale, except for high-ranking officers of Brynth (or perhaps those who do some great service for them).


It's a nifty effect.  And it is weightless / doesn't occupy inventory, which is nice. This is wide, octagonal ring worn by high-ranking members of the royal family in Noth.  It has no designs save a small hawk, but is instead dense with inscriptions that describe the bloodline that the ring was originally forged for.


Honestly, the most interesting thing about this shield is that (a) it doesn't look like a shield, and (b) it lets you stick your hand into magma. 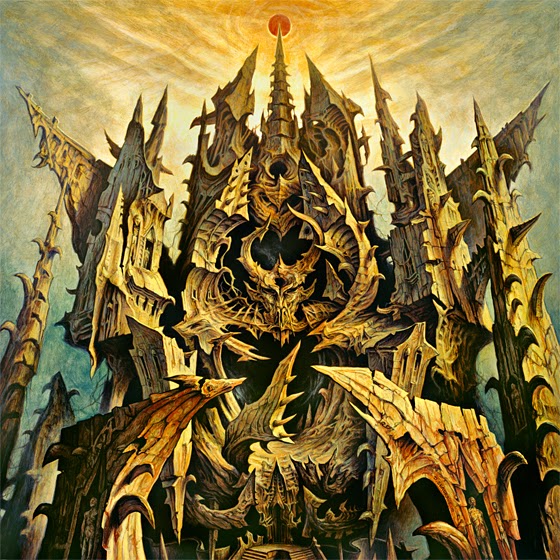 Certain druid-cultist-champions of God-in-the-Woods are equipped with these things.  The shields are similar to disk-like bramble bushes.  They grow in soil that is kept in special planters.  These planters are made of similarly hardened wood, and are strapped to the forearm.


The shield is interesting because it's a bit like an NPC healer that can heal anyone in the party.  And it lets people use their action to heal themselves, instead of asking the healer to use the healer's action, which seems fairer, in my mind. 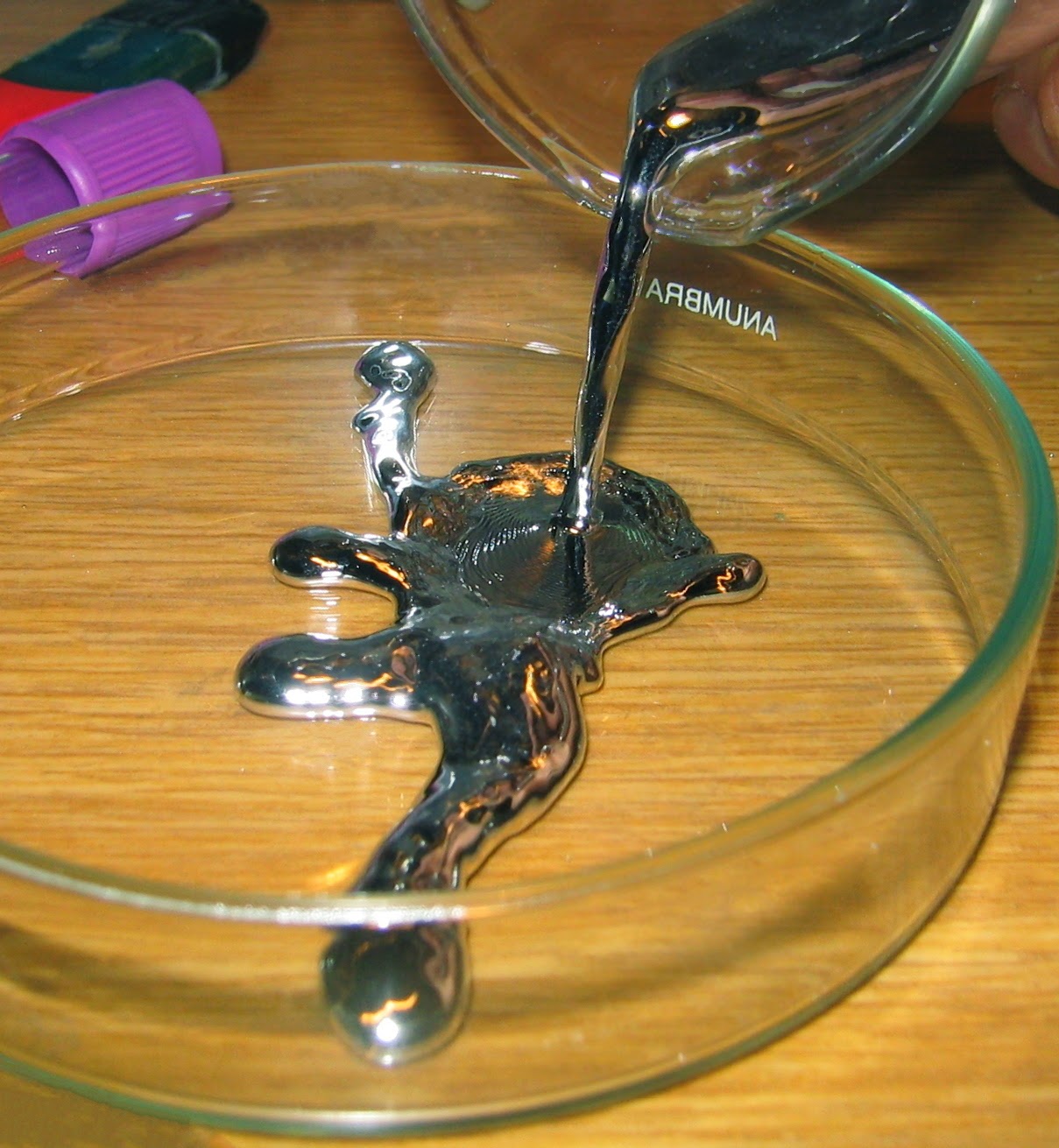 This shield is a relic of the old elven kings, who perished with the fall of Eladras, the great tree whose roots grasped the moon and whose branches swayed above the mountains.  The shield is currently in possession of the Witch-King.

It resembles a small, round shield made polished to a mirror-like surface.  During full moons, glowing elven script becomes visible near the rim.  The script describe the magnificence of King Thurian, the magnificent of his sweet-scented halls, and the fierceness of his daughters.

There is a small tactical decision to be made here.  Do you walk around with a fully loaded shield that you can fire for maximum efficacy, or one that's halfway full, in order to absorb more arrows. 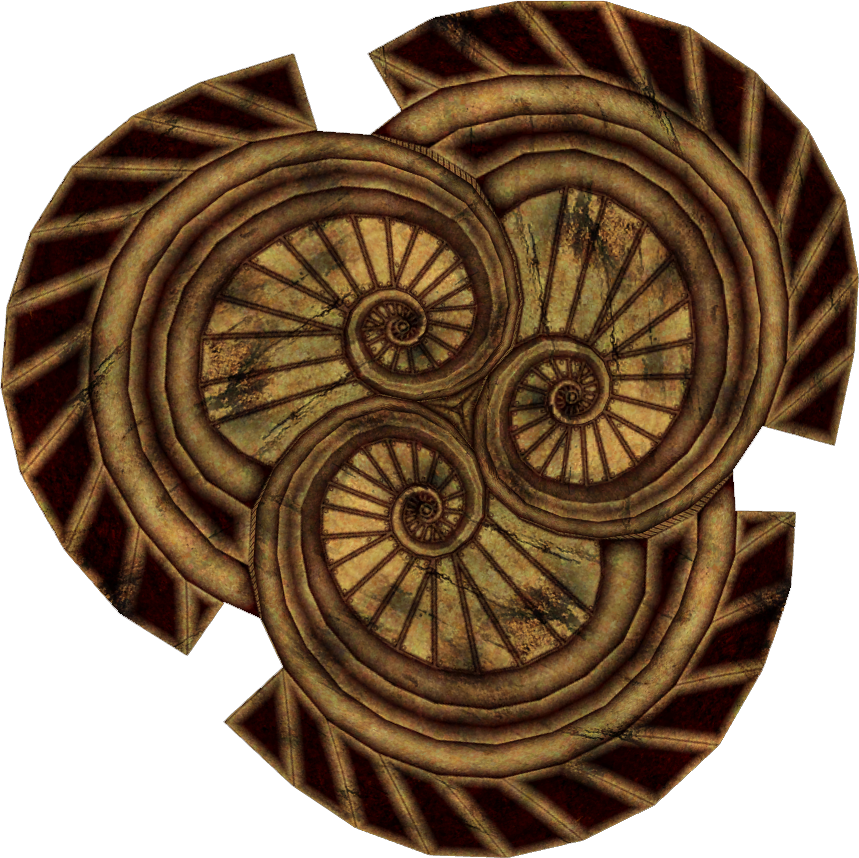 This is an ancient shield that dwarves that the legendary dwarf Boriltor forged for the love of his life, Teramool.  He ostensibly crafted it to protect her when he wasn't there.  She spurned him, and eventually died a few years later.  Later, Boriltor died as well, and left no heirs.  Dwarves regard the shield as cursed (although it isn't) and most will tell you tales of the doom that it has brought to all of its bearers.

Teramool actually wasn't a bitter sort--she just wasn't that into Boriltor.  But historically dwarves have historically sided with their savior, Boriltor, and have painted a rather critical view of Teramool.  However, the shield is suffused with Boriltor's loving memories, and so the shieldbearer will eventually begin to dream of Teramool.  Dream enough of these dreams and they'll eventually paint a more generous, honest portrait of Boriltor and Teramool's relationship.

The shield is a kite shield, covered with shallow engravings of goats.  The rim is decorated with studs.


Potentially good for people who have a bad habit of falling into water.  The biggest drawback of plate mail is that you can't just fold it up and put it in your wallet, nor don it quickly when you want it. 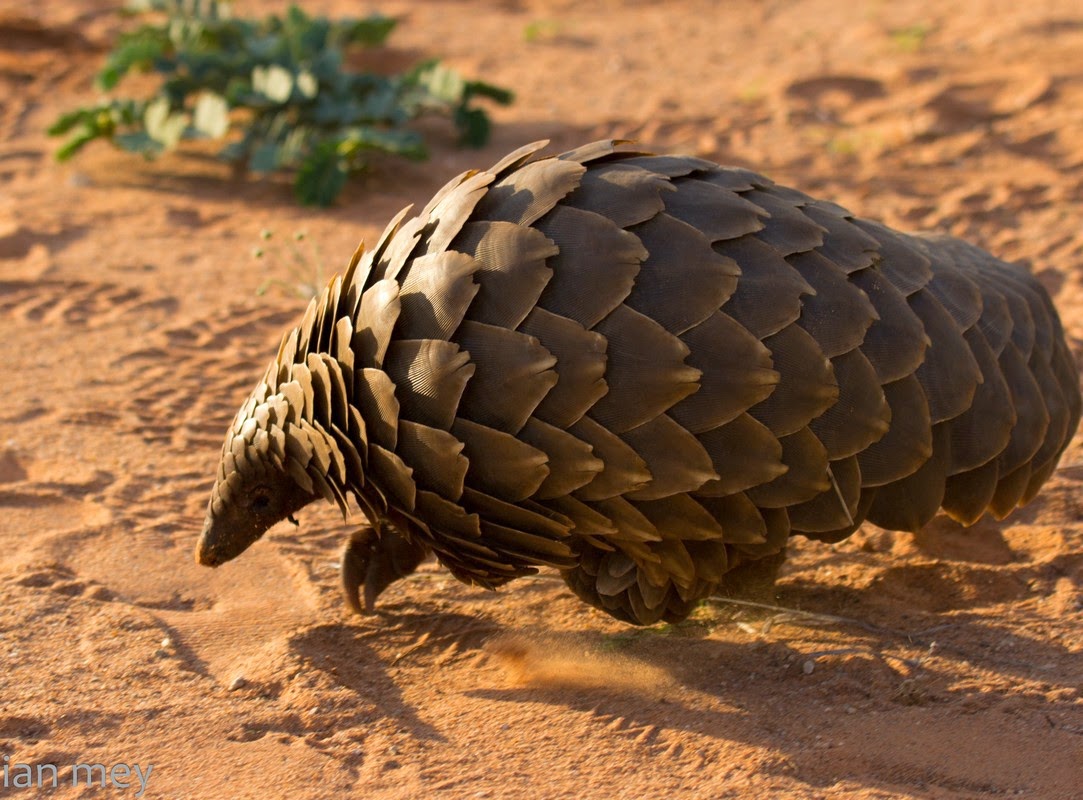 Edit: This is sort of a continuation of a series.  I want to keep it going (because it's made some awesome stuff) and so I'll just leave this here.


On a Magic Shield by -C