Spell (noun)
A class of extradimensional, ethereal creatures that have been domesticated by humans (much like a cow).  Each spell is a unique entity that lives in the ether, except when it is bound in a spellbook or lured into a wizard's brain (much unlike a cow).  It's more like a pokemon that you fire from a gun (your brain) and not at all like a technique you can learn from scratch.

Homunculus (noun)
An artificially created human, magically sculpted from inchoate arcano-flesh.  They lack bellybuttons and are sterile.  Most are massively inferior to humans in one or two crucial ways.  A few are vastly superior. 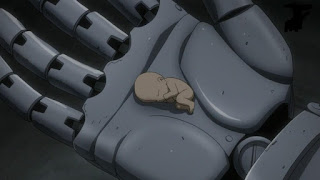 You create a humanoid body.  The body can appear however you wish, but anything beyond the ken of a normal human is nonfunctional.  (Extra arms will be useless, for example.)

The body lacks a soul and is completely inert.  You can possess it with the magic jar spell.  However, there are all sorts of opportunistic etherofauna that would also love to possess the body (1-in-6 chance per hour of possession) and will do so unless precautions are taken.  (Lead coffins are fairly secure, but a circle of protection against evil is better.)  The body will rot normally (like a normal corpse) and even a few hours of decay is enough to render a blank homunculus uninhabitable (truly like a normal corpse).

Requires 35 liters of water, 20 kilograms of carbon, 4 liters of ammonia, 1.5 kilograms of lime, 800 grams of phosphorus, 250 grams of salt, 100 grams of niter, 80 grams of sulfur, 7.5 grams of fluorine, 5 grams of iron, 3 grams of silicon.  This shopping list usually requires a major city and about 1000gp, but not always.  (For example, niter is extremely common in limestone caverns.)

If the ingredients are imbalanced, or if you buy impure materials at discounted prices, you will usually create something, just not what you had intended.

Spells are similar things to demons, spirits, and angels.  This spell shoves a spell into an empty homunculus, like a hand into a glove.  The spell then functions as a proxy soul.

Generate mental stats normally (3d6 in order) and roll a reaction die normally.  The homunculus is an NPC with neutral loyalties and a random personality.  They begin knowing language and logic and anything else a four-year-old might know.  They usually begin life by demanding to be given a name.

As part of casting this spell, you must cast a second spell (the spell to be imbued) from your own brain simultaneously.  The spell cannot be higher than a level 1 spell.  You do not get the spell back (it doesn't return to your spellbook at midnight) until the homunculus body is destroyed.

And even then, the spell must pass a loyalty check (like a hireling) to see if it decides to ever return to your spellbook.  The experience of corporeality irrevocably changes a spell, and makes them sentient (as we understand the term).  From then on, the spell permanently has a memory, a personality, and a voice (when it is lured into the wizard's head).

The spellborn homunculus is functionally identical to a level 1 human, except that (a) it gets +4 to save against spells, and (b) it can cast itself 1/day.

The spellborn homunculus also gains characteristics beyond the original design, based on whatever spell it was imbued with.  A homunculus imbued with flaming hands might have their skin turn bright red, or their fingers turn black.  They have no special loyalty to their creator.  On a failed reaction roll, they usually just walk away, determined to find their own destiny. 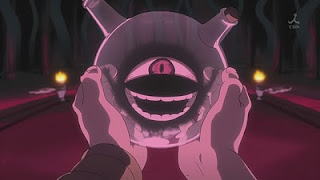 However, if you do die, your wizard can prepare you a new body by recasting the create homunculus spell and then re-imbuing you into it.  (Roll new physical stats for the body).  The only downside is that each time you undergo this process, you need to save or permanently lose a point from a random mental stat (which are permanent).

This class implies that you were created by another player's wizard character.  If you want to be true to theme, you should let that player decide what you look like, and what your name is.  (NPC wizards are wont to create homunculi with weird features, like faceted eyes or black rubber skin.)

Cast Yourself
You can cast yourself X times per day, where X is your level.  If your spell has a duration, your body is empty for the duration (you're basically in a coma).  You are conscious during this time, and can end the spell whenever you wish (even spells that are not normally dismissable).  You can see and hear from the spell's location.  (So if you were a minor illusion spell and you cast yourself on a location, you would still be able to see and hear from that location.

Speak With Spells
You can speak with spells imprisoned within spellbooks or scrolls.  You can speak with permanent magic effects, as long as those effects were created by a spell.  You can even speak to the spells stored in a wizard's brain.  Spells trapped in spellbooks and scrolls usually beg to be released (but some have gone mad if the imprisonment is long enough--watch out for those).

Spells stored in a wizard's brain can sometimes be convinced to cast themselves at a target of your choice.  If you attempt this, roll a d6: 1 = spell is cast on the target you desire, 6 = you piss off the spell and it casts itself on the worst possible target.  If you try to coax the spell to do something it already wants to do (fire spells like to burn flammable things, for example), your chance of success increases to 2-in-6.

Cast From Scrolls
Just like a wizard.  You can also identify spells in scrolls/spellbooks at a glance.

Reversion: Dispel Magic
Just like the spell.  You're basically a hippy, releasing animals from the zoo.  You can cast this spell as many times as you wish, but each usage costs you 1d6 Charisma.

If your Charisma is dropped to 0 by this, you "die" and your body becomes an inert homunculus again (and is subject to the same incidental demon possession, as normal).  This is true for all "Revert" abilities.

Reversion: See Invisible
You can cast see invisible at will, but each use costs you 1d6 Charisma (which returns at the rate of 1 point per day).  This is literally your proxy soul stretching away from it's homunculus and "sticking its head" back into the ether from whence it came.

See Spells
You can now see what spells a wizard has memorized just be looking at them.

Reversion: Ethereal Jaunt
There's no place like ether.  Just like the spell of the same name.  Costs 1d6 Charisma each time you use it. 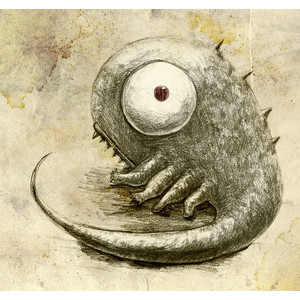