As the party steps on one of the stairs, the stair clicks down and a mechanism begins whirring.  After a couple seconds, a ticking sound is also heard.  The character who stepped on the lever can feel a tension in the trigger--it will snap back up as soon as weight is taken off it.

As the player probably suspects, the trap actually activates when weight is taken off the trigger.  The player has 18 seconds before the trap activates anyway.  100 pounds of weight is sufficient to keep the lever depressed.

The trap is less interesting than the trigger, but may I suggest: a door at the top of the stairs bursts open, releasing several tons of goblin sewage.  The wave is crested by what I can only describe as rusty goblin knife-boats.

This is a just a hole in the wall that leads to the inside of a metal pipe--remnants of old dwarven construction.  The edges of the hole are sharpened, and the metal pipe inside wobbles loosely.  If the pipe is rapped on, an adventurer can hear that there is empty space outside the walls of the pipe.

The pipe is actually on a pivot.  Anyone who crawls far enough into it will cause the pipe to tip over, dumping the poor adventurer into a 30' fall, where they'll land on a bunch of crocodile skeletons with daggers strapped to their backs (like a stegosaurus).

Just full of spiders, filled to the brim.  They've been eating each other to survive.  At the bottom of the chest is a donkey skull, a chunk of dragon coprolite, 188 copper coins, and 12 flat, round, brown coins that look sort of like copper coins.

4. God in the Ceiling

This is just a goblin who is hiding in a secret compartment in the ceiling.  The goblin will attempt to convince the party that he is "the human god" and that they should put down all of their money on the floor and then walk away.  He will not do a very good job of this.

If the goblin is challenged, he will attack the party with a faulty wand of lightning bolts.  (The wand was broken in half and then repaired with a mixture of goblin dung and spiderwebs, and has a 25% chance of backfiring on the user.) 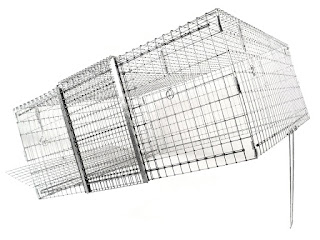 There's a lever in the center of the room with a bunch of gold coins glued to it.  Above the lever is a huge cage, hanging from a chain.  It appears to be a goblin version of that falling crate trap thing.

The lever is on a hair-trigger, and the tiniest jostle will activate it.  This will cause the cage to fall, hopefully trapping a foolish human inside it.  Then there is a creaking from above and then 800 feet of heavy chain will crash down into the room, followed by a 4000 pound crane of dwarven construction, covered with chalk drawings of penises.  The noise will attract 1d20+5 goblins.  One goblin is armed with a rivet gun that fires adamantine bolts, while the rest of the goblins are armed with sharp sticks smeared with goblin poop.

Anyone inside the sturdy cage will be safe from the falling rubbish.  The cage can be lifted by a combined Strength score of 28.

6. Ratty Was a Rolling Stone

Behind the wooden gate, a bunch of dire rats are gnawing on some elephant bones.

Behind the door is a ramp going up.  A the top of the ramp are a bunch of goblins with boulders, which they will roll down the ramp once they notice the party ascending it.  Aside from being your standard "goblins rolling rocks at you" scenario, the rocks will also smash open the rat cage.

There is a small hole halfway up the ramp, which could offer a hiding place from any rolling boulders (if a player wants to dash up there and jump in it).  The hole is full of goblin poop and rusty knives.  Also, the goblins keep a smaller boulder on hand, explicitly to roll into this hole.

This is a ratapult.  It's a catapult that throws rats.  In addition to getting hit in the face with a bag filled with rats and rocks, there's also a bunch of rats gnawing on your face.

If the goblins fumble their attack roll, their rats escape and start attacking them.
Posted by Arnold K at 11:40 AM