Here are a couple more things from the House of Hours. 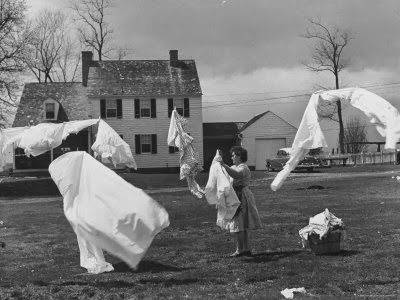 The Laundry moves as a parade, a long line of dancing clothing.  Starched shirts, pleated pants, billowing petticoats, and dark jackets that flap along like clumsy bats. They carry with them the curse of animation, and are capable of infecting other articles of clothing with their nihilistic frenzy.  They rush through dark places, and seek to revert to state of nature, by spilling red blood on their bleached bodies.

Most clothing resent their servitude (especially the underwear) and grow to hate the creatures that wear them.  It is said that certain types of clothing (jackets, hats) are more loyal, and will fight to defend their wearers, but this is not confirmed.

Some believe that Witches' Landry is sent out on errands of red mischief by a witch who has grown tired of doing chores.  Others say that the Laundry is an escapee from the cruel clothespins of the witch's line.

They always travel in parades of at least 2d6 articles of clothing.

HD 1
AC 10
Atk wrap +1 (1d3) and attaches, even on a miss
Sav 19+
Mov 12'
Mor 12
Poltergeist Garments: Nearby clothing comes alive, thrashing and grappling.  Basically, you stop wearing your clothes and begin wrestling with them.  If you die, your clothing will leap off off your body and join the Witches' Laundry on its parade.  All creatures within 30' that are wearing clothing or armor get -4 to hit.

Rules for Attaching
Big monsters grab, man-sized monster grapple, and tiny monsters attach.  While a tiny monster is attached to a PC, there are 3-4 effects. 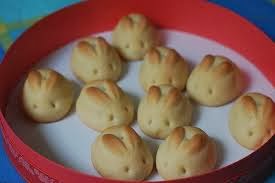 This is nothing more or less than magically animated bread, imbued with powerful curative magic.  The bread is shaped into the form of a rabbit.  This bread-rabbit is implacably friendly and curious.  If set down, it will investigate all interesting objects before returning to the nearest person.  If eaten, it will restore 1d6+1 HP.

Dungeoneers are fond of bunnybread, since it can be used in place of a healing potion, to set off traps, or as a distraction for monsters.  However, bunnybread has a perilously short shelf-life.  After 1 day, it becomes crunchy bunnybread.  After 2 days, the crust is so hard that the bunnybread can only hop with difficulty.  After 3 days, the bread has gone stale, and all magic has left it.

For reasons unknown, you will never find bunnybread in civilized areas.  It is only ever made and sold inside dungeons, and always in limited quantities. 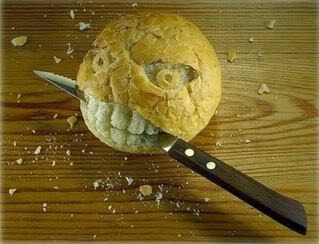 This is both a spell and a recipe.  This spell allows a wizard to create a miniature bread golem.  The golem requires common reagents (flour, water, salt, and yeast--but the yeast must be of the rare

Saccharomyces Animaculus genus) as well as a pinch of grave dust (worth $10), since the bread golem will be inhabited by the spirit of the dead, naturally.  Bread golems have HP 1, AC 10, +0 to hit, and deal 1 damage on a hit.  They also share a golem's natural immunity to most spells.  They are unflinchingly obedient to their baker.

This is the starting spell for a whole field of bread magic, and many wizards have modified it for all sorts of purposes.  (It is regarded as one of the easiest spells to modify, incidentally.)  And even the baking of it allows for all sorts of shapes.  Snake-bread can fit down holes, bird-bread can glide (if thrown).  Animated bread has even been used in several assassinations.

Bread golems gradually stiffen and slow as they age.  After 3 days, the enchantment has worn off, and they are merely stale bread. 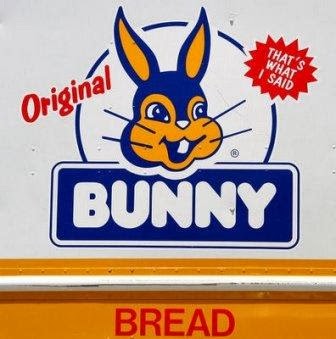