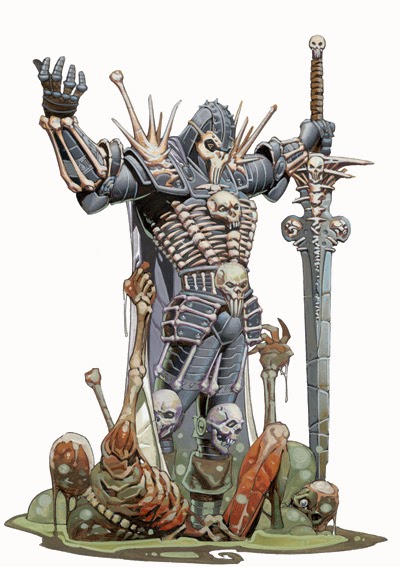 So here are some flavorful magic swords and other weapons.  I envision them as +1 swords with a few more bonuses and penalties, but they would also work well as +0 swords with interesting abilities.

No attempt has been made to balance them.  They're just interesting magic weapons.  Most of them have some sort of drawback in addition to some sort of bonus.

Sword of White Wind
Hilt and scabbard of red bamboo.  No cross guard.  Blade is invisible when at rest, but takes on the appearance of milky fog when it is swung.


The Sword of White Wind is a travelling sword.  After you accomplish some great deed with it, it will vanish, and you will never find it again.  It is found in legends and myths around the world, in unrelated places and times.  It's true origin is a mystery.


If you ever see a man or woman slouching in some corner of the tavern, with a midnight hand gripping their cup of grog, know that their hand once touched true power, and then fell away.

The Mountain Sledge
Two-handed warhammer, forged from a single piece of cobalt.  It is unadorned, except for a shallow-relief sculpture of an elephant's face on each side of the hammer's head.  It's long haft is wrapped with a single strip of dragon leather.  If the leather is unwrapped, runes on the haft tell the story of the weapon's forging, as well as the spell transmute rock to mud.
When an adventurer finds the Mountain Sledge, odds are good that the leather won't be wrapped around the haft properly (although it might look impressive and orderly).  It might be a whole second ordeal to find a dwarf who can teach you the proper way to wrap it.

The Fountain of Infinite Gore
Huge square greatsword, actually a giant's cleaver with the handle replaced.  Heavy blade with a triangular cross-section.  Red string is wound tightly around the tip of the handle, and a golden ring dangles at the end of a 6" length of string.
Currently in the possession of a mass murderer who lives in some capitol city.  There is a tremendous bounty on his/her head.

God's Tongue
One-handed mace made from some unknown alloy by some unknown means.  Near the handle, it appears to me made of pure silver, but near the tip, it appears to be pure gold, with a blending of the two metals in between.  The actual head of the mace, with its crushing flanges, is hardened steel.
After Warlord Gutspill capturing the holy weapon, he exposed it to all sorts of humiliations, mostly involving squalor and the murder of innocents.  He ceased that practice when he realized that he couldn't defile it permanently, and also it was giving him nightmares.  Now it lays locked in a chest filled with feces on the lowest level of his dungeon, while he thinks of something better to do with it.

The Cup of Flesh
This is an ostentatious rapier.  Intricate, organic sweepings of polished steel shield protect the wielder's hand.  A round, pink tourmaline is set into the front of the crossbar.  The scabbard is soft, pale leather decorated with a pattern of leaves.  Examination reveals naked, dancing women among the leaves, along with vaguely phallic clusters of grapes.
The Cup is currently in the collection of a noble dilettante, who has no notion of it's powers, but knows that it is extremely valuable.  And yes, the homunculi are unsettling.

Skullfucker
One-handed axe with a 6" spike on the backside of it.  Made from alchemical lead, but with a polished cutting edge that feels like steel (though it's still lead).  Much heavier than its size belies.  Insignia on the side of a stylized fat man contemplating a skull.
Currently in possession of an obese ogre.  Not a special ogre.  Just an ogre on your random wandering monster table..


Cloudstuff
The blade of this longsword appears to be made of chalk, and is utterly weightless, although it still has mass.  (Like, it carries momentum when you swing it, but if you put it on a scale it weighs nothing).  The handle and cross guard are made from polished bronze, forged into deeply ridged rectangles.  The scabbard is bronze-bound leather.
Thought to lost.  If found, the Monastery of Dreamers has offered an immense reward for it's safe return.  The 600 monks of the Monastery of Dreamers are all perpetually asleep, but if you return the blade, a dream will tell you where to find your reward.