Review of A Thousand Dead Babies by Zzarchov Kowalski

I've never written a review of a module before.  I guess that's the sort of thing that blogs do, though.

+Zzarchov Kowolski was kind enough to give me a pdf of his adventure, A Thousand Dead Babies.  It's a low level adventure for the OSR (and it includes stuff for compatibility with Neoclassical Geek Revival). It's short--20 pages including front and back--but packs a lot into those ~17 pages of content.  The more I reread it, the more respect I have for it. 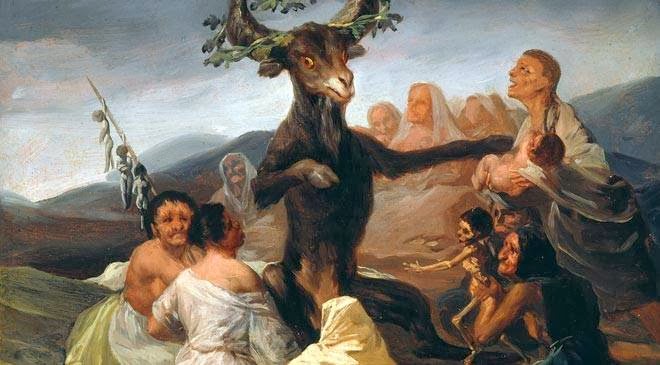 It's a very simple adventure that involves a town; its sundry inhabitants and dramas; the practitioners of the old, pagan religion; and some horrible satanic cult that kills lots of babies.

It's (extremely) loosely based in some historic British/Irish setting, although it spends exactly 0 lines describing this (which I appreciate, since now I can localize it wherever I want).  It actually reminds me of some of Raggi's stuff, especially Better Than Any Man.

Art is sparse but awesome.  Layout is great.  Writing is concise, sometimes humorous.

Humor is something I appreciate in an adventure.  There's a bit of it in the descriptions of the townsfolk, and in a couple of the spells/items.  And anyway, humor is easy to strip out if you don't like it.  I don't know if the Stork's Bassinet was intended to be funny, but I find it absolutely hilarious.

There's no railroading nor predetermined plot.  It's just a interesting situation with interesting NPCs in an interesting balance, that the PCs can knock over.  I like that.

I love that there is sort of a triangle of balance between the baby-killing cult, the pagans, and the Church.  There's even a section at the end that illuminates the consequences of the PCs messing with the different power groups.

There's 8 of NPCs described in the town (and a couple more elsewhere).  Each one gets about 2 paragraphs of description, which feels like the right amount.  It also follows the old tradition of listing how much money each townsfolk has hidden in their mattress.

There's no predetermined hook beyond, "village priest offers reward for whatever is leaving cloven footprints in the forest" (put that on your random rumor table), which I appreciate.  My players don't need much encouragement to journey to horrible places.

The two adventurish locations (where the elves dance, where the babies get sacrificed) might be a bit hard to find, depending on the DM, since there's not a lot of breadcrumbs that lead there.  For example, the elf grove can either be found by searching an entire section of the forest or through a specific NPC in town who has no explicit reason to interact with the PCs.  A DM can include trails pretty easily, but it's nice to have it explicit, as well.

I definitely appreciate that there's cool stuff at the church as well.  It just means that there's adventure in every direction, not just on the central path.  I do wish that the pagan location had gotten a the same degree of embellishment as the other two locations (Juju tree and the church), even though it is (admittedly) the least important of the three.

I love that there's no boring monsters.  Everything is adventure specific.  This would be a good game to introduce people to DnD with, since it doesn't rely on the assumption that everyone knows what a goblin looks like.

I wish that some of the monsters had more interesting abilities.  They're pretty plain in that regard.  Or at least interesting tactics.

There's a bunch of new items and spells.  Most of these are pretty awesome, and a couple are wonderfully hilarious.

One of the greatest strengths of the adventure is how portable and adaptable it is.  There's not a lot of interdependence between the elements, so it would be easy to combine this with another module or season it to your tasting.  If you liked Better Than Any Man, you'll probably like A Thousand Dead Babies.  This would also be a good module to use to introduce your non-D&D friends to D&D, since witches and devil worshipers are more familiar to most people than goblins and otyughs.