GROGNARD WARNING: This post is going to talk about things like "game balance" and "character builds".  Bear with me, because the conclusion is one that you'll probably agree with. 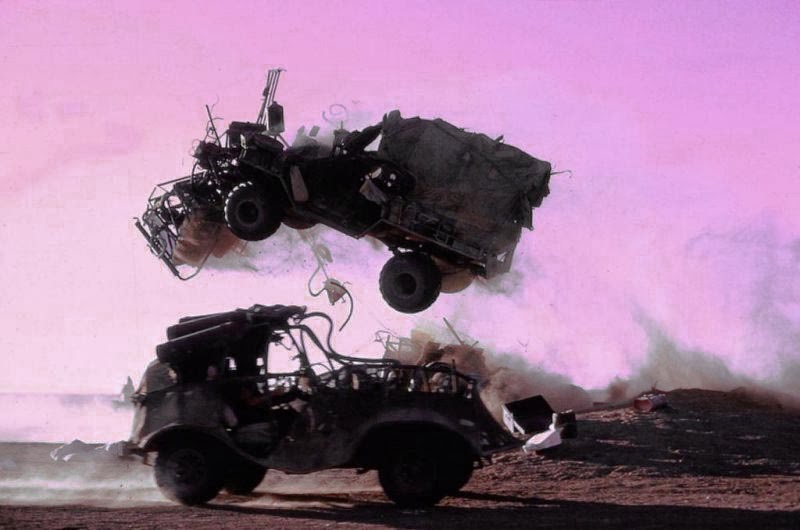 Imagine a dungeon X that is balanced for characters named Bard, Thief, and Barbarian.  The dungeon has 20 monsters in it, each with 18 HP.  The dungeon is balanced so that it provides an appropriate challenge for our three adventurers.

Then the edition changes, bringing new abilities to Barbarian.  Now Barbarian does twice the damage he did before.

Now, if you want to rebalance dungeon X so that it is still balanced for Bard, Thief, and Barbarian, you'll have to increase the HP of all the monsters in the dungeon by 33%.  Now it still takes the party the average number of hits to kill all the monsters.

The monsters all have 24 HP now, instead of 18 HP, but the balance is preserved.

But consider Bard and Thief.  If they solo-attack a monster that they could kill in 3 hits before, it now takes them 4 hits to kill it.  They have gotten more incompetent.

Not because their attack and damage bonuses on their character sheets have gone down, but because the world has changed around them.

The dungeon is still balanced, and still holds the same difficulty for the party, but the assumed competence is lower.

And don't assume that Barbarian getting double damage is unbalancing!  Thief and Bard got new abilities, too!  Now Bard's has a Diplomacy skill of +10!  And Thief has Disable Device at +10!

Now, in certain adventures, the Diplomacy and the Disable Device can be way more useful than the double damage thing.  Maybe Thief and Bard are thrilled with their new abilities and Barbarian is sad that he got the shitty end of the stick.  Or maybe they're all balanced (despite being "incomparables").  And maybe all 3 players are happy with their new abilities.  it doesn't matter.

But it doesn't change the fact that the assumed combat competence of Thief and Bard has gone down.

In order to balance the game, Thief and Bard have become more incompetent to balance out Barbarian becoming more competent though specialization/customization/whatever.

Likewise, Barbarian and Thief have gotten shittier at Diplomacy, although their character sheet doesn't show it.

And although the numbers on Barbarian and Bard's character sheets haven't changed, the DCs of all the locks in the world have just gone up by a point or two.  They've become more incompetent, and they never even realized it.

Specialization lowers the assumed competence of the adventurers.

This is a subtle effect.

On the macroscopic level, dungeons are just as hard as they always were.  Dungeon X has been rebalanced so that it still poses the same challenge for Thief, Bard, and Barbarian.  And the flavor of dungeon X certainly hasn't changed.  So you can't blame the three adventurers for not noticing that they've become slightly more incompetent in most things.

The insidious effect of lowering the assumed competence is that it makes it harder for the party to participate (as a group) in things that now require specialization.  Talking to monsters is now more solidly the domain of the bard, because he has the Diplomacy +10.  Combat becomes more hazardous for the thief and the bard.

To a certain degree this is a good thing.  We already rely on specialization when we choose classes and roll for stats.  It's good to differentiate characters mechanically as well as conceptually.

The more specialization you bake into a system, the more specialization that is assumed to be present in the average adventuring party.  And the lowers the assumed competence, and makes it harder for the improperly-specialized character (which is most characters most of the time) to do heroic things, like sneak past an orc, pick a lock, or lie to an ogre.

And I like games where everyone has a decent chance of sneaking past an ogre, picking a lock, or lying to ogres.

I'm not saying that thieves shouldn't be the best at sneaking past ogres, I'm just saying that that type of specialization makes it harder for the party to participate in heroics.

What is appropriate for a single-hero game becomes restrictive in a party.  Systems with less mechanical specialization (less "Ride Horse +17") allows for more heroics, because more people are participating in those heroic attempts, and with better chances of success (except for the guy who put all of his points into "Ride Horse"--who is equally or more likely to succeed).

Edit: Here's a comment I made on G+ talking more about this:

Now, most people want a little bit of specialization baked into the game.  Everyone wants fighters to be better than wizards at killing things, for example.But the question of "how much better?" is not a trivial one, and I don't think it's an intuitive one, either.Likewise with skills.  "How much better do I want to the trained character to be than the untrained character?" is a question that has a different answer depending on which group of players you poll.  If everyone is class Adventurer and is equally effective and equally generic, then there is no difficulty inflation due to specialization.  Like DCC funnels or other TRPGs.  Some of those are fun games.But most people eventually want their characters to specialize, but the question is, to what degree?  Because the more advantages we give the specialized guy, the more the difficulty of that task increases for everyone else in order for the challenge to be appropriate.And other games use lots of specialization, and you see strong role protection even at level 1, and some of those games are fun, too.I think this is a more granular distinction that just edition warring.  Like, if we want to debate how much of a skill system is appropriate for your group, we should be aware of the relationship between specialization and assumed competence.﻿
Posted by Arnold K at 11:42 AM