So part of making a city for DnD is making it useful at the table (not just in the author's head).  Here are some more ground-level views of Lapidir. 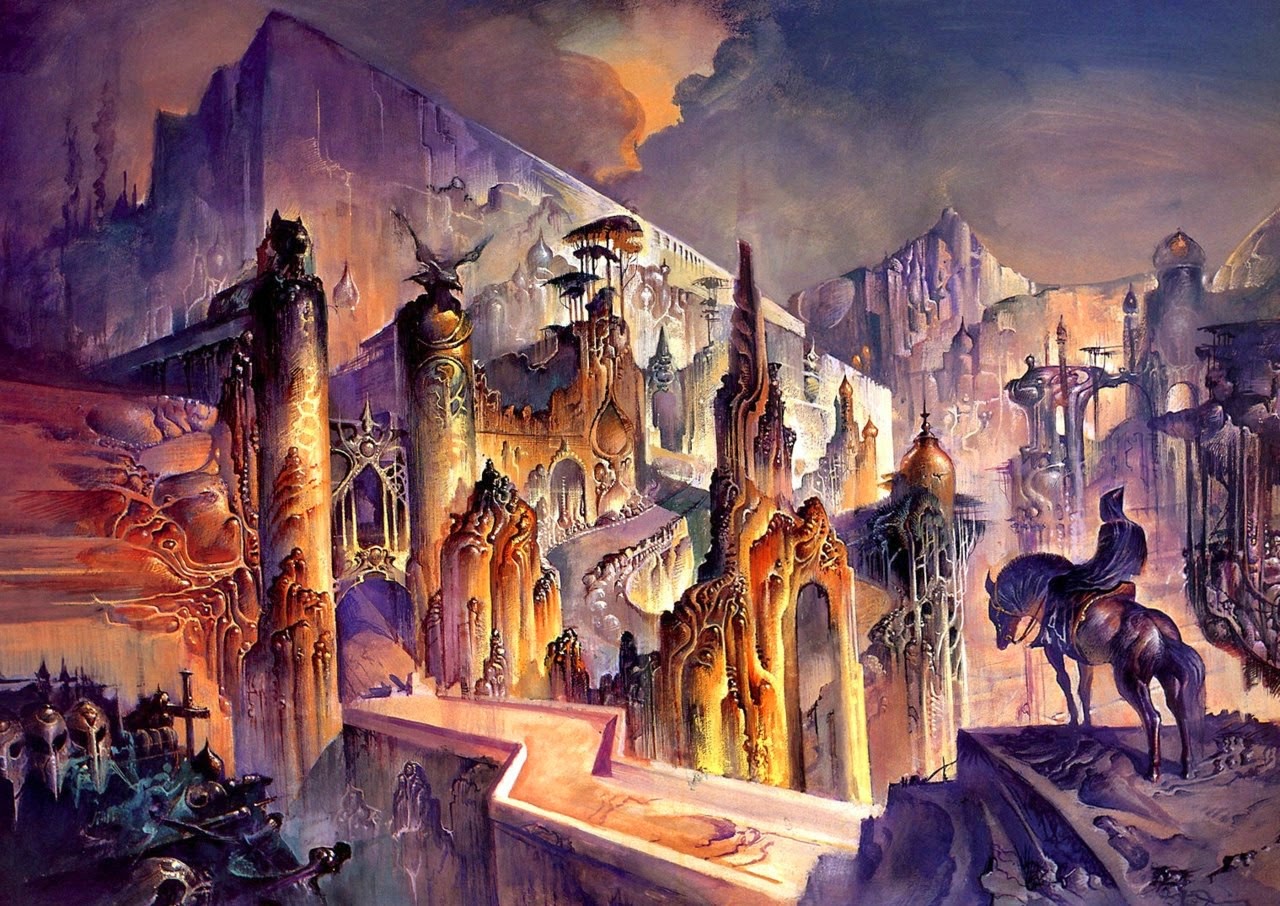 How to Use This Scheiße

Insert lots of your own stuff into it.  Make it your own city.

Here are three districts of Lapidir. 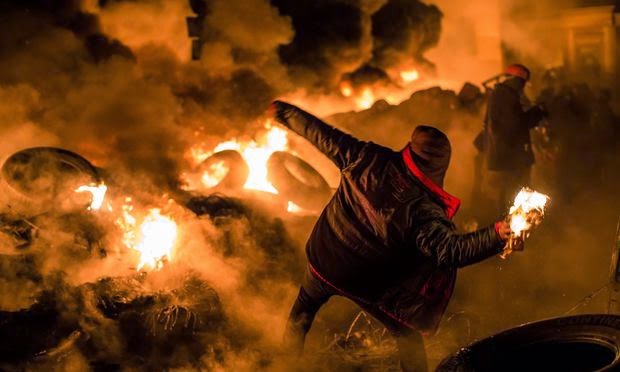 Inn: The Pickled Mouse.  Full of knife throwers.  A dark heron drinks dark rum in the kitchen.  This is the innkeeper's pet.

Hottest part of Lapidir.  People walk through the huge clouds of steam, barely wearing any clothes at all.  Days without steam (1-in-6 chance) are the most dangerous of all, because fire will shoot up through the cracks in the street.

These days are holidays, and no one works on them.  "When the streets cookin," they say, "the boss ain't looking."

They'll fry steaks on the street, picking them up with long-handled bardiche-guisarmes.  Street urchins sometimes run past with all of their clothing wrapped around their feet, scoop up a steak or two, and disappear into a heat-hazy alleyway.  Everyone laughs at this, but if they catch one of the urchins they'll beat them badly.

The men laugh on these holidays and share bottles of wine, throwing them from balcony to balcony, across the street.  There is an art to this.  The smaller women will shimmy along the laundry lines, or walk atop them (many of them can do this reliably, surprisingly),

Half of the people are Fafren immigrants, who speak their language here freely (which they share with some of the more voluble monkeyrats).  They drink a lot, and you can sometimes see them weeping on each other's shoulders, at the back of the tavern.  They have freckles and fierce red hair that grows in patches (and not always in the usual places--they have more variation than most humans).  They love jokes and hard work.  They are telepathic with other Fafren within 100 feet.

There is a black market here, but it is underground, through narrow hallways.  You can hire an urchin to take you there, but if you threaten the kid or refuse to pay him, he will lead you to a sharp corner of the Mechanism, and he will slip out while the walls slide in, and you will boil inside your skin.

The black market is run by a man named Doolie the Mook, who has a golden hand and is not afraid of death.

Doolie knows a secret about the Mechanism. . . a way to reach the third level in one fell swoop.  Above all, he desires to see Jubilation (see Wychenpither) shamed publicly, or convicted of some crime.  Doolie blames the priest for his first wife's death.

This is also the neighborhood with the greatest presence of Fire Cultists.  They have many contacts, many cells, and many agendas, but they all want to see the city destroyed, and Lagganoth free from his Conceptual Eggspace.  One such anarchist is Zilvago, an ambitious young wizard who is about 10% of his way towards his goal of becoming a fire elemental.  His familiar is the shadow of a dead woman, who appears but never moves.

Event #1 - Fire cultists (mostly Fafren) are culling the civil serpents, and the PCs have wandered into the middle of it.  The PCs will walk into an intersection that has been barricaded into a dead end.  Behind them, a fire cultist is ringing a gong with a feather (this is the Snakefeather*), and the noise from this is driving a bunch of civil serpents into the kill zone.  If the PCs help, they may make some friends among the fire cults.  If they try to save the serpents, they will most certainly make enemies.  The anarchists have molotovs and rusty spears.

Event #2 - Scary-looking men lounge on a patio.  They are drunk, and call out to the PCs to come tell them a story, they want to hear a good story, they're sick of hearing about Bulgar's story about his dog getting sick.  They are decent men who are also Doolie's bodyguards on certain days.  If you tell them a really funny story, you'll have friends for life. 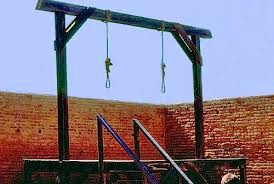 Inn: The Piebald's Pony.  Sign shows a piebald man riding a white pony.  Three ashen-headed priests are engaged in an arm-wrestling contest.  This is also the home of Vincent, the smartest and friendliest dog in the world.

It will invariably land in the yard of one of the surrounding houses.  This is a good thing, and a sign of the Authority's tolerance, if not good-will.  The family whose house caught the corpse may move forward one row of pews within the local church.

In the unfortunate cases where the head lands in one yard and the body in another, a feud is sure to develop.

The houses are all nice ones, belonging to wealthy and virtuous people who keep their hands powdered with sugar and wrapped in silk gloves (like all decent aristocrats).  The upstairs duplexes all have large balconies that jut out, like dogs sticking out their tongues.

Just a block away is the church.  It is called the House of Nine-Tenths and it vibrates on hot days, when the Mechanism is at its most feverish.  It's head priest is a man call Jubilation, and he spends his days atop the church tower with a telescope and a shout cone, calling out all of the sins that he witnesses.  He witnesses a great deal; the church tower is tall.

Encounter #1 - There is a great brawl in Wychenpither square.  A sweaty man wearing only silk gloves, yellow pantaloons, and a canary-feathered codpiece thrusts a purple silk bag into your hands.  His name is Oswick Pendle-Over, and he tells you that must bring this bag to a certain address (1 Marblethrop Place), where you will be rewarded with 500sp as long as you don't look in the bag.  The bag contains a head, of course.  While the man's offer is genuine (and may lead to some noble patronage in the future, with the Pendle-Overs), if the PCs want to take the most direct route to the address immediately, they will be stopped by no less than 1d6-1 groups of flamboyant noblespawn armed with epees and painpipes, all demanding to look in the bag.

Encounter #2 - Gas leak (clammy green-gray oil-mist).  Everyone in district must save or pass out for 1d20 minutes.  After 2 minutes, one of the cobble-plates in the streets is pried up, and 1d20 thieves (1 HD) in gas masks sally forth, picking pockets and looting storefronts as quickly as they can before vanishing into the creamy green mist.  50% chance that Father Brill (a HD 3 paladin in full plate who can fly like superman for reasons he's never been able to articulate, like shoe metaphors) will show up half way through to fight the thieves.  The thieves carry blackjacks and might try to trade knowledge of the green gas in exchange for their freedom (if captured). 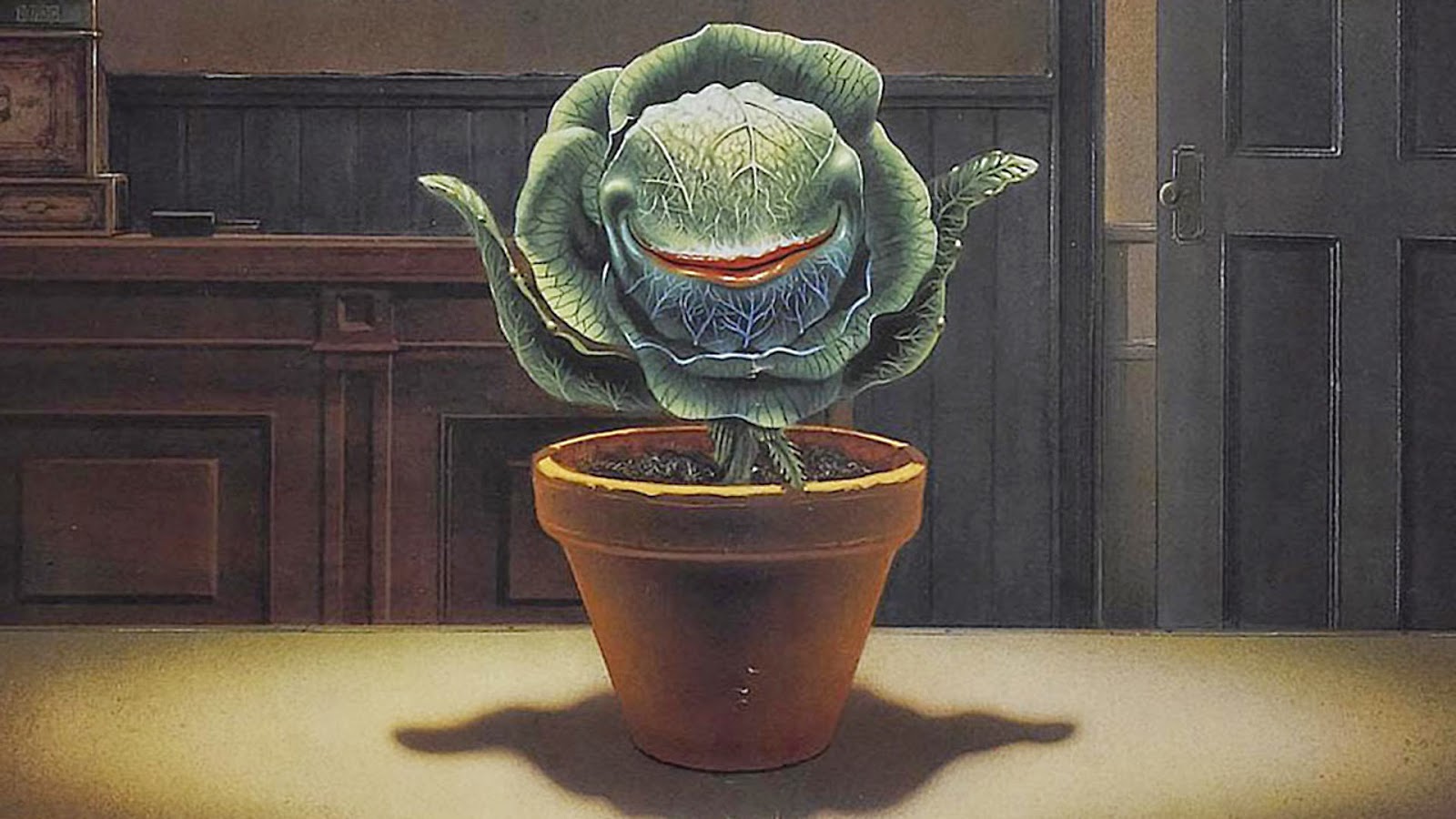 The Ballistradium - Growing Delicacies at the Steam Pit

Inn: Gabber's Garden.  Home to Gabber, a carnivorous plant that weighs about as much as a grown man.  Patrons usually throw their leftovers in his slavering, toothsome mouth.  Everyone swears that the Gabber can talk if you get it drunk first (this is untrue).  Bartender wears an expensive fake eye worth 50s, made from solid lapis lazuli.

Built around an enormous, square pit, each side as long as a football field.  Plumes of steam billow out of it constantly, except for a single hour every 11 hours.  The steam is hot enough to deal 1d6 points of heat damage every 10 minutes of exposure.  Despite the danger and limited access, this is still one of the more popular ways to enter the Mechanism.  You just need to rappel four stories down the side of the steam pit onto a ledge shaped like half a turtle (roughly).

The buildings around the steam pit are terraced.  Neighbors grow exotic plants in the tropical steam, some of which form a small-but-vital part of the Lapidirian diet.

Fecund orchids grow from every balcony, providing Lapidir's famous singing orchids.  (The orchids do not sing, but if you eat enough of them, you will learn strange songs.  Each season provides another song.) And the walls provide numerous rust-colored fungi, cultivated to produce edible macro-asci, which provide slatterhorn bitters (required in cocktails) and skelembrious modge (essential for making serpent-meat palatable).

Encounter #1 - Rival adventurers!  Moxo the Strangelet wants to sell you a (somewhat flawed) map of the first floor of the dungeon.  You have a minute to decide, as she's in a hurry.  (In truth, she is being pursued by a trio of Civil Engineers and their Urn Demon, who seek her arrest).

Encounter #2 - Four gourmands demand that you find a grandsome dianta* at the bottom of the Steam Pit and eat it while it is live.  This will cause 2d6 translucent fruit to grow from your forehead over the next 1d12 hours.  If eaten, they cause euphoria and terminate charm and emotional effects.  They want to eat four diantafruit--you will be allowed to keep any extra.  If you do not agree to this, they will put the starving curse on you, and all food that touches your tongue will turn to ashes.  They have singled you out because you are a foreigner, and they are bullies. 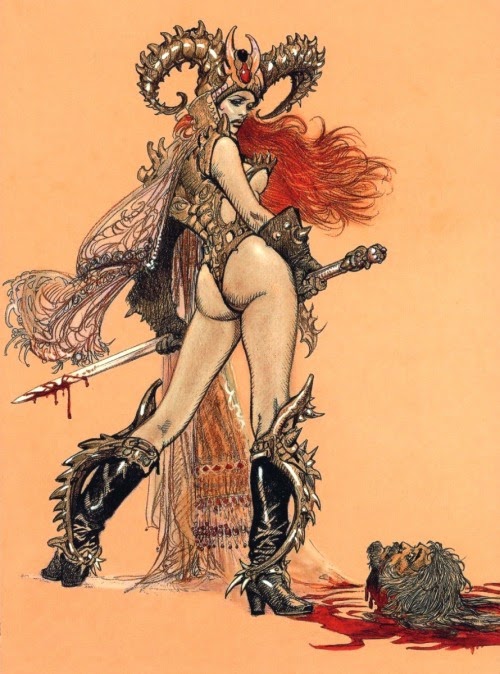 Brassica has the engineering college and the marketplace.

Palpum has the Civil Administration and Reptile House.

Snake Feather - Magical Item
If you bang it on a gong, you force a morale check for nearby serpents.  Subsequent gong-ringing does nothing.  If you eat it, you are cured of any mundane poison you are currently suffering from, and the next thing you bite today must save or suffer the same poison.

Civil Engineer
HD 2, AC 13, Int 13, Morale 6
50% chance of carrying a mancatcher, 50% chance of carrying a war pick and a shield (of amber and copper).  (These shields give you +4 to save against electrical attacks.)  Each carries 1d20sp and a bundle of worthless blueprints in a dense, crabbed hand.  Names: Osric, Blueholme, Tatterdale, Pinkett.

Urn Demon
HD 3, AC 14, slam 1d6, minimal damage from non-magical weapons, move human, Int 12
- Normally moves by rolling on an edge.  Must be carried up stairs.  Cannot jump
- Targets slammed by an urn demon must save or become quickly agoraphobic for 1d6 rounds.  Agoraphobic characters must squeeze themselves into a small, non-threatening space (such as an urn) if at possible, or flee towards such a place if none is available.  If nothing else is available, they must jump in the urn.
- Inside the urn, they attack at -2 (because they are cramped) and the urn demon attacks always hit.  The urn demon looks like a cross between a small chimpanzee on steroids and a pink alligator, but you'll only learn this if you stick your head inside its (magically darkened) urn.

Grandsome Dianta
HD 1, AC 15, sting 1d8, fly at human running speed
-Look like a foggy gelatin roughly in the shape of an anorexic manta ray.  About as long as your forearm.  Will invariably run away when encountered, only attacking when cornered.  Str 5.  If it ever tastes alcohol, it will immediately turn into a 2 HD cloaker. 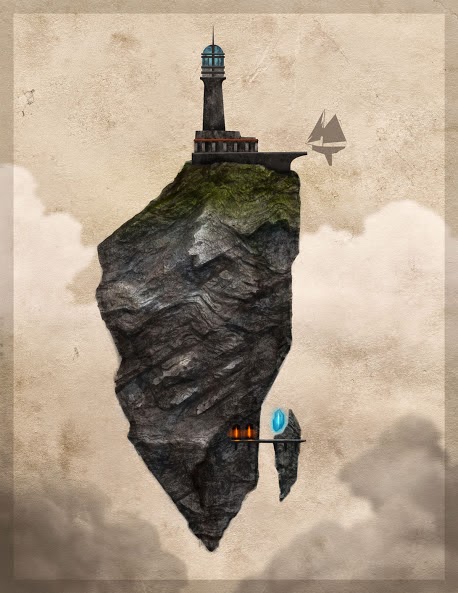