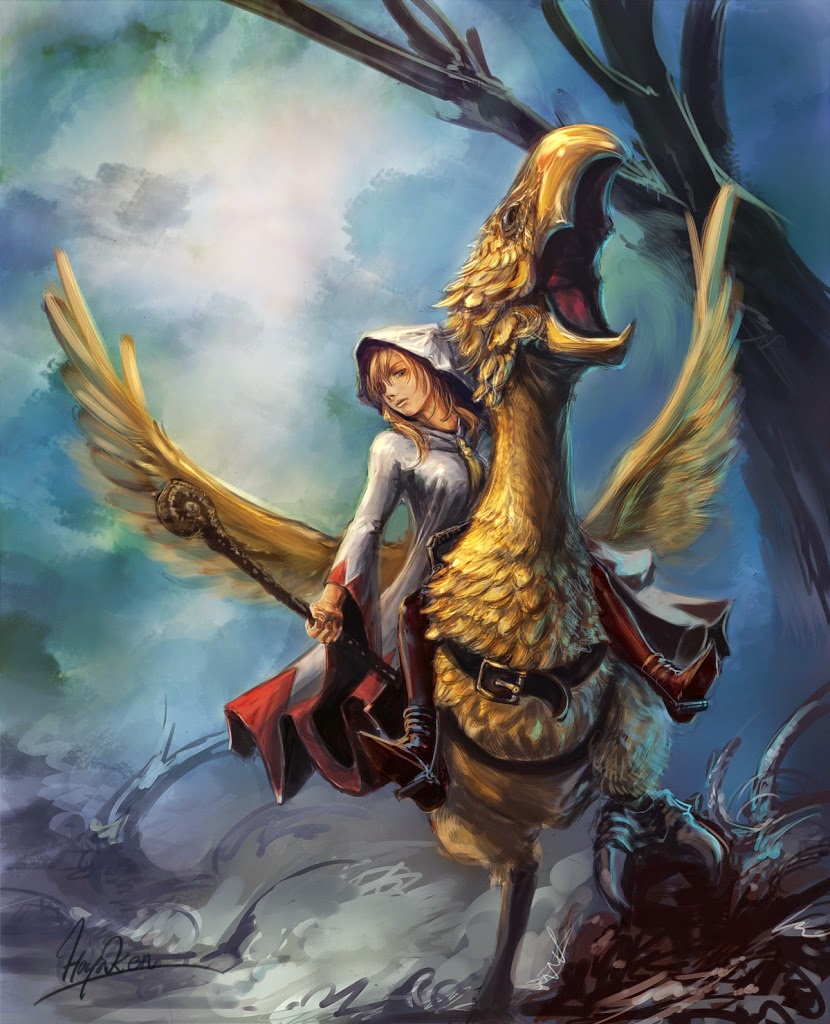 These are big riding birds, taller than a man.  They are carnivores, and kill with claws and pecks.  Although their listed speed is faster than a horse, they tire after half a day of overland travel, and cannot sprint more than a few hundred feet.  (Overland travel 2/3 of a horse.  Sprint 150% of a horse.)

In a wilderness area, orns have a 60% chance to be able to find the nearest water source within the hex or any neighboring hexes (~12 mile range).  They will want to spend half a day bathing and preening; if you prevent them, they will sulk, bite you, and possibly run away at the first chance.

Step 1: Kill a dire weasel and render down all of its fat.  Step 2: Kill a white-haired witch (this is the hard part) and cut off her scalp.  Step 3: Slather the witch scalp with yellow weasel grease.  You've just create a witch weasel wig.

The wig bonds to the first person who scalps themselves, then slaps the wig onto their own head.  It'll permanently fuse, assimilated at the cellular level.  It is now your hair.  It's voluminous like a thundercloud, and about three feet long.  It's healthy, and looks normal (though enormous).

At your command, the hair can leap off of your head and form into a Witch Weasel, large enough to ride.  The weasel has its own mind, but is entirely loyal to you.  If it travels more than 100' from you, it takes 1d6 damage each round until it dies.  If it dies, you'll regrow the hair in a year.

While the witch weasel is active, your hair is short.  Both you and the weasel must be reunited for either one of you to sleep (which is impossible if you are separated). 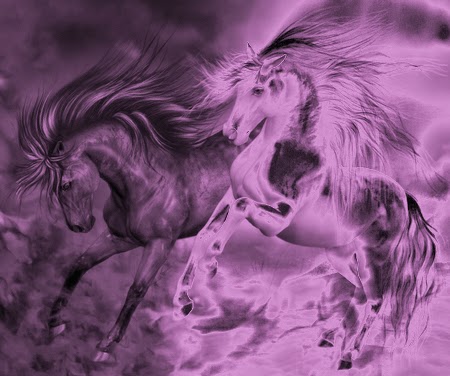 Among the wizard loot, you may sometimes find a smoky glass vial that contains roiling purple smoke.  If the vial is uncorked, the purple smoke will pour and and form a semi-permanent version of a phantom steed.

The phantasmal horse is made of purple smoke that is shot through with sparkling stars and flickers of distant lightning.  It feels solid as a real horse, though, even to the point of feeling warm to the touch.

It doesn't heal normally. You can heal it by casting spells into its mouth.  Each spell cast this way heals it for 1d6+1 HP.   It obeys the orders of whoever holds its bottle.  If it gets more than 100' away from its bottle, it will die after 1d20+20 hours.  If it dies, it dies permanently.

These delicately scaled horse-beasts grin cheerfully.  They have ostentatious tails and a pink-to-green color gradient.  They are surprisingly intelligent and have a penchant for eating hats, which they prefer more than any other food.  They do not whinny, but instead laugh.

When urged into a gallop, they will begin leaping and bounding, leaping 100' feet into the air, accelerating until they are effectively going 10x horse speed.   They will run in as straight a line as possible for one hour.  Getting the fairy horse to stop, slow turn, or turn requires an appropriate check or a small bag of sugar cubes.  They will do this once per day.  They can do it more often than that, but they're surly.

They are never hurt by falls (a combination of strong knees and a half-strength version of feather fall).  They fall like cats.  Riders share in this protection.

These are sentient lumps of jelly, related to dungeon slimes.  They possess no strong acid, and attack by biting.  They don't really look like bears, except maybe gummy bears that died in a microwave.  Their bite attack is a bit bearish, though.

Some riders sit atop hydrophilic blankets.

Most riders get naked, strap their gear to the side of the jellybear, slather themselves in grease, don a long snorkel and goggles, and ride inside the jellybear.  It's much safer in there (they can only be hit with reach weapons) and they can attack out with spears.

Sludge vampires sometimes employ them, as they can control the jellybear effortlessly, and are invisible when riding inside one (they share a refractive index).