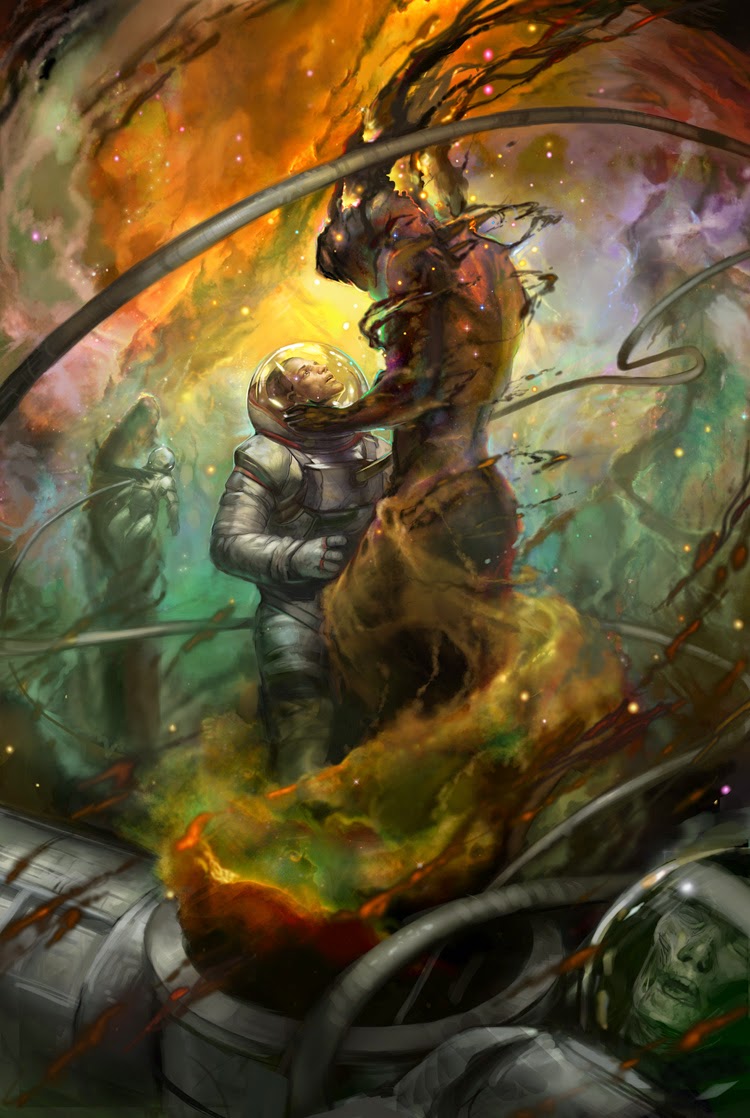 So I've been daydreaming about Axis Mundi again.  8000 years of degenerate civilization inside a crumbling ark-ship, while the last humans in the universe kill themselves worshipping greek gods.

Anyway, I want to stop daydreaming about it and start playing it.  I spend the weekend typing up some rules.

They're pretty shitty rules, and they're pretty incomplete, but I think they'll be enough for me to start playing an Axis Mundi game.  And I'm pretty excited about that.

There's no XP or levels, which is pretty weird.  There's not even any sum HP, since each body part has its own HP total and must be destroyed piecemeal.  (After total body replacement, it's possible to get your head blown off and keep adventuring.  If that's not power progression, I don't know what is.)

There are no defensive stats.  Armor reduces damage that you take, shields are ablative and can be restored with power cells.

The idea is that all of your resources will deplete.  Since loot is procedurally generated, you'll probably run into shortages of things.  You'll have to cannibalize your robo legs to repair your laser gun, or eat your own bee hive graft to avoid starving.  You'll run out of scrap metal and drugs sooner or later, forcing you to kill, steal, explore, or trade.

I don't know how well balanced this stuff is, but I'll find out. 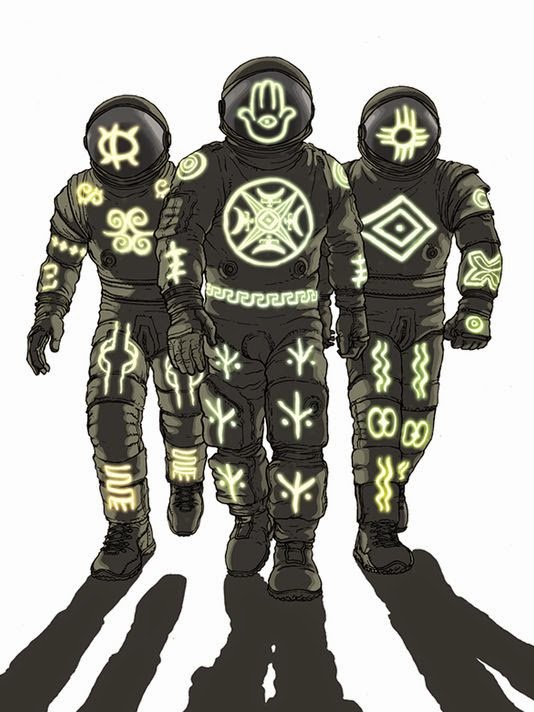 Here's a loot generator, because the one in the book is pretty obtuse.  A raiding party might carry 1-2 of these items, while a more significant cache might have 3-4.