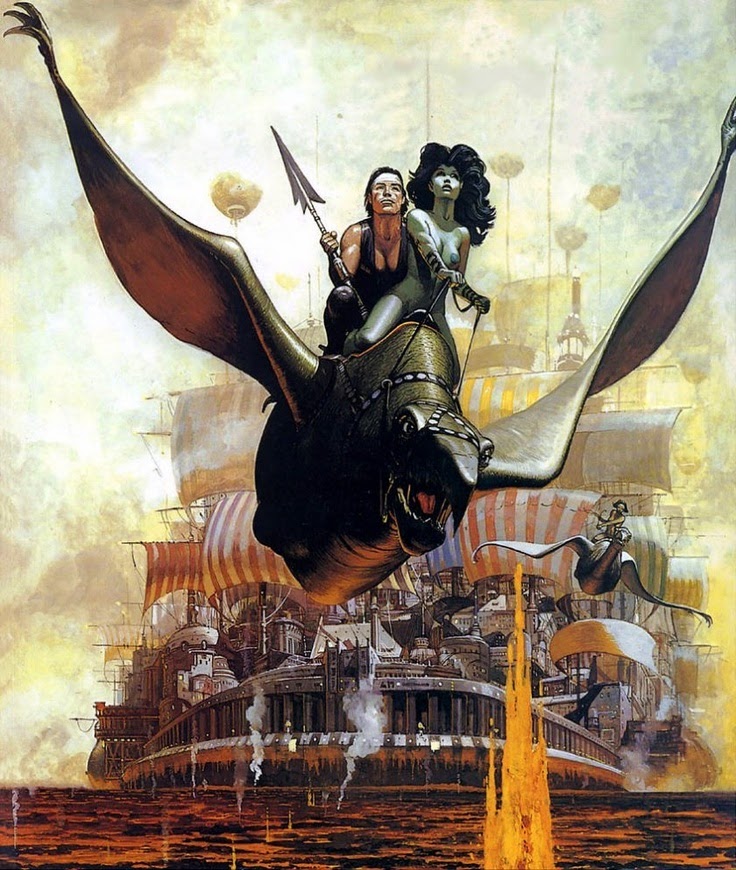 The leader of each party is the first one mentioned.  They're whatever level is best for your campaign, but I recommend Level 1d4 for the whole party.  Make the leader one level higher.

Sken the Rogue, wears a dirty old noose around his neck.  When killed, the noose will resurrect him in 1d20 hours.  If you remove the noose before he self-resurrects, he'll return as a wight capable of tracking the noose.  If you break his neck, he stays dead permanently.  Nervous, bold.  He often kills people out of fear.

Molly the Rogue.  Sken's girlfriend.  Loves Sken more than he loves her, and it breaks her heart.  She carries a map of the first level of the dungeon.  Has a symbol of disease (save or get slimy doom) on the inside of her eyepatch.

Flanders the Fighter.  Brother to Sken.  Bad teeth, rotten breath.  Insulting oaf, but has a surprising amount of HP.

Corwin the Wizard.  Dedicated to studying undead.  His tongue was cut out years ago for the crime of "heretical wizardry".  Now he can only speak through his owl familiar.

Bosh the Ogre.  Wears horse barding as armor.  It fits very poorly.  Raised in by overly optimistic monks, Bosh is as smart as a human and speaks Common.  (He pretends to know Ogre, but he doesn't.)  He's an asshole, but not an unredeemable one.  Incredibly greedy.

Mancy the Cleric.  Blessed by her goddess, she can never get dirty.  Wears white silk.  Has sworn an oath to heal anyone who gives up their weapons.  Charitable.  Kind.  Averse to gore and filth.  Driven by strange dreams.

Mandrake the Rogue.  Manipulated Mancy into this dungeon expedition.  Carries an absurd amount of gold on his person, hidden inside his fake leg and wrapped in felt so it does not clink.  Paranoid.  Friendly.  Evil.

Father Drum the Fighter.  Old as shit.  Has quested with Mandrake for over 20 years.  Both men hate each other but greatly respect each other's talents.  Very tough for an old dude, but he's getting slow.

Quisling the Fighter.  Hired to be here less than a week ago.  Weak chin.  Wants a soft bed.  Morale 6.  Infested by lice, constantly itching.  Would do pretty much anything for a cure.

Faust the Fighter.  On a quest to kill the succubus who destroyed his father and then his mother, but destined to be killed by goblins, of which he has an irrational fear.  Long goatee tied around a gold ring.  Wears red silk.

Gooley the Goblin.  The party's butt boy.  Carries a treasure chest strapped to his back and a torch.  He even sleeps with his torch.  Has a thing for torches, and fire in general.

Durian the Wizard.  Alcoholic.  Speaks to birds, usually asks them to tell him dirty jokes.  Looks like a hobo.  Incredibly knowledgeable about lots of stuff.  This is his last journey before he settles down to become a seer.  Always dozes off when its his turn on watch.  Wants to spend a couple of days trading spells.

Marian the Wizard.  Durian's sister.  Sort of like a clean, less talented version of her sister.  He joined the party to take care of her, but she ends up taking care of him more often.  She drinks expensive wines and eats expensive cheeses, and always carries a couple.

Greenfellow the Troll.  Surly and dumb, struggling to understand the magic sword that is possessing him.  The sword is called Firelight, and it is on a holy mission to purge the world of all orcs and other evil things that hide out in dungeons, while protecting the innocent.  Greenfellow cusses a lot and seems to change his mind, but his actions are all Good (thanks to Firelight's whispers in his head), even if his heart is in the wrong place.

Tarf the Fighter.  Thinks that Greenfellow is a saint.  Would fallow him into hell, despite all the time Greenfellow has cursed Tarf's name.  Lawful stupid.  Captain America.

Scarleaf the Elven Thief is just here for the bitches.  Has a magical disease on his back (it's growing eyeballs now!) and so he'll never remove his shirt.  Anyone looting his body will touch his weird dorsal tendrils and must save vs disease or contract it themselves.

Gimbie the Wizard.  So short that he is often mistaken for a dwarf or a halfling or something.  He's a decent guy, but he has very poor impulse control.

Reya of the Nine Towers, Fighter.  Travels everywhere with her loyal polar bear mount, named Vosko.  Is destined to save the Temple of the Nine, or destroy it.  Six feet tall.  Likes cold puddings and lame jokes.  Kind to her friends, callous to everyone else.

Visha the Cleric.  Reya's girlfriend.  Wears seashell armor and has a crossbow.  Carries 3 lightning bolts that turn into 3d6 lightning bolts when fired.  Green eyes, wears a lot of jewelry.  Worships the god of the Edgeless Sharp (who is not evil as much as he is merely understood).

Tameerleon the Cleric.  She carries a boomerang and a poisoned sword.  Anyone struck by it must save or begin turning into a frog (takes 3 days, can be cured by submersion in pure water, after 3 days becomes permanent).  Is also in love with Reya and it's awkward for everyone.  Is always the one to volunteer to scout off alone.  Plays chess, carries a chess set.  Worships dogs, all dogs.  Is technically the first cleric of her religion and is defensive about this.

Smatha the Fighter.  Is an amazing swordswoman, the best in her home city of Shangalore.  Gets +2 to hit and damage with sword when wielding them right-handed, but is currently training her left.  Will switch hands if she thinks the fight is getting serious.  Wants to fight the best opponents possible.

Gung the Rogue.  14 years old.  Already an accomplished assassin.  Is posing as the link boy, pretending to only carry the lantern.  Is on a mission from the Temple of the Nine to kill Reya if she shows any inclination of wanting to destroy the Temple.  Clever, pragmatic, handsome, cute butt.  A string tied to his molar goes into his stomach, where it is attached to a very tightly sealed vial of deadly poison.  Doesn't talk much, but smiles knowingly sometimes.
Posted by Arnold K at 8:16 PM

Email ThisBlogThis!Share to TwitterShare to FacebookShare to Pinterest
Labels: npcs