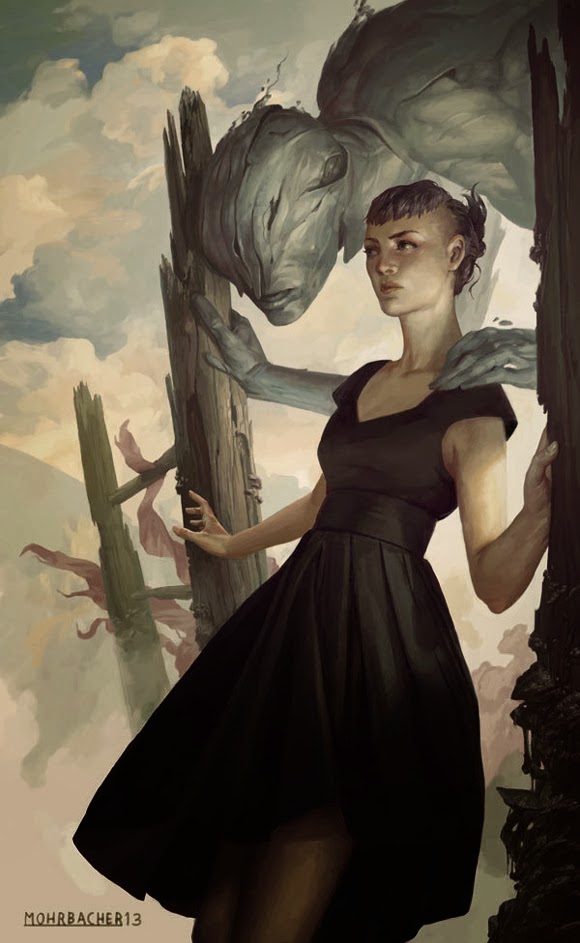 Still playing around with writing my own fantasy heartbreaker.

So fighters get Weapon Mastery.  They track how many kills they've gotten with each type of weapon.  This is their fun little mini-game: tracking kills.  Wizards hunt for rare spells, thieves get really good at their skills, and fighters collect skulls.

So, after a PC has killed 100 things with a greatsword, they'll forever deal +2 damage with it and be able to fight with it in ways that other people can never hope to.  Special abilities, right?  I wrote those today. 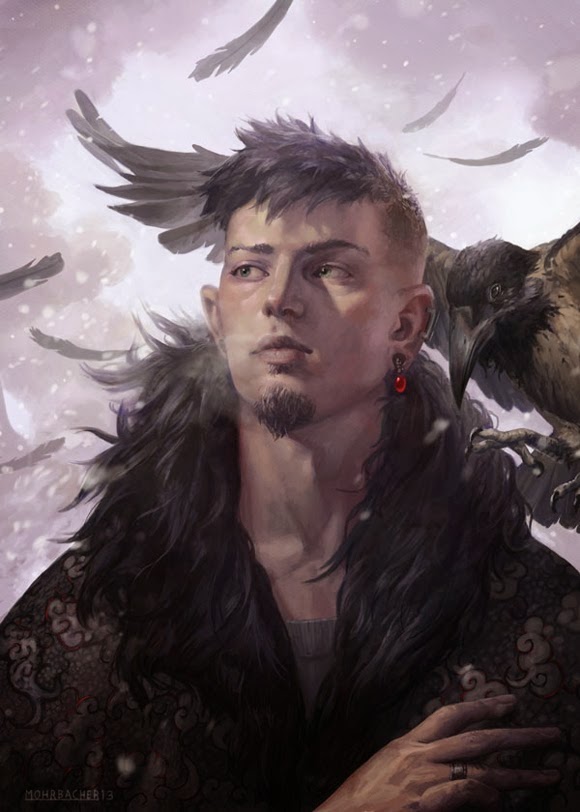 Weapon Mastery
Each weapon grants both a passive ability (that applies to all of its attacks) and a special attack. Usually.

Battleaxe
Can be thrown. Range as dagger.
Great Slice: Attack two adjacent targets. Each attack has a -4 penalty to hit.

Bow
Can fire from and into melee without penalty.
Double Shot: Fire two arrows at the same target. Each attack has a -4 penalty to hit.

Dagger
+1 Initiative.
Flurry: Attack the same target twice with a penalty of -4 on each attack.

Flail
+1 to hit humanoid opponents who are wearing armor or using shields.
Wild Swing: +2 to hit, but take 1d6 damage if you miss.

Greataxe
Deals +1 damage.
Decapitate: -2 to hit. After this attack hits and deals damage, if the target has 5 HP or less, it dies.

Greatsword
Deal 1 damage on a miss, but this damage can never kill a creature.
Power Attack: -2 to hit and +2 to damage.

Halberd
You threaten the area adjacent to you.
Slow Strike: +2 to hit, but you automatically lose initiative.

Longsword
+1 to hit humanoid opponents who are unarmed or fighting with familiar weapons (on this list).
Brave Attack: get +2 to hit and +2 to damage, but if you miss, you lose your next turn.

Mace
Treat it as if its durability was 1 step higher. Masterwork maces never break. Ever.
Knockout: Make a nonlethal attack without the usual -2 penalty.

Quarterstaff
Gives +1 to AC.
Multitrip: You can attempt to trip multiple adjacent enemies at once.

Rapier
Optionally, use Dex to calculate damage (instead of Str).
Lunge: +2 Initiative and -1 damage (minimum 1).

Scythe
Deal x4 damage on a crit.
Rend Flesh: -2 to hit. Target bleeds 1 HP each turn until it spends a turn attending the wound.

Shortsword
Can be used in close quarters and grapples, as if it were a Light weapon.
Sure Strike: +2 to hit and -2 damage (minimum 1).

Spear
If you have a pennant or war sign attached to your spear, opponents get -1 to their Morale checks.
Death and Glory: Does double damage if you charge your target (at least 30') while screaming.

Stiletto
You can carry up to X stilettos that will not count against your inventory slots. X = half your Dex.
Backstab: Double damage. Only works against unaware opponents that you literally stab in the back and can conceivably hit some vital organ.

Yes, this makes vanilla fighters more complex.  But it doesn't introduce that complexity at character creation, or even all at once.

One thing I'm worried about is over-specialization.  If a character gets too many bonuses to attacks with a particular weapon, they have less motivation to use the new weapon they just got.  Like, if I have +2 to greatswords, do I really want to start training with the maul I just got?  Which sucks, because I like fighters to grow in versatility as they level up, not specialization.

But then I love a mechanic that forces fighters to fight for killing blows. Only through murder can you master anything.