Towards a Better Cleric 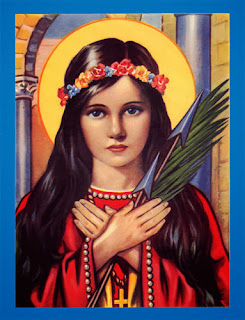 Our religions are some of the weirdest things we've ever come up with (see also: sacred foreskins, cargo cults, Xenu). And since everything in a fantasy world is weirder, fantasy religions should be totally insane.

Most fantasy religions I've seen are analogues of real-world religions, probably because:
1. Religions are already fantastic enough.
2. Atheist nerds need to be able to relate to them.
3. The DM is comfortable with the pseudo-fantasy milieu that DnD assumes.
But those are all stupid reasons. Make your religions weirder and your game will be enriched.

And clerics are the bleeding edge of this sword called religion. 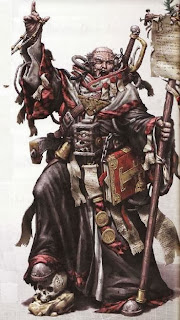 Fighters and magic-users learn the skills that make them so effective.  Clerics don't learn anything except how to pray harder and believe more.  So while other characters increase in skills and knowledge, the cleric only increases in faith.

Faith is a very big thing for a role-playing game. It locks down some aspect of your character.  The communist fighter can become a capitalist gladiator on Brawl Street, but if the cleric of Ra can't become an atheist without losing their powers. So clerics are railroaded, a little bit.

I'm a little dissatisfied with the mechanics that clerics have inherited in DnD. They pick and choose their spells almost exactly like wizards. Healing and turning undead are their protected niche, which I'm sort of ambivalent about (how do you feel about necromancers turning undead, or white mages could heal?)  And clerics are supposed to be members of an extant religion, so how come my cleric players never seek out the dinosaur-pope to ask his blessing? They don't even attend black mass! (Cleric means 'member of the clergy'.) 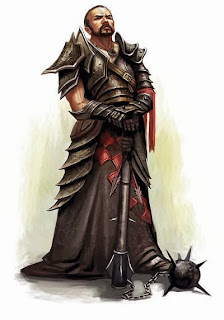 Thesis: Clerics should feel different from wizards, not by virtue of niche protection, but by mechanics for emulate faith.

So, here's my attempt to rebuild the cleric class.

Can we make a viable class out of these ideas? Maybe.  I'll focus on the first 3 levels for now. 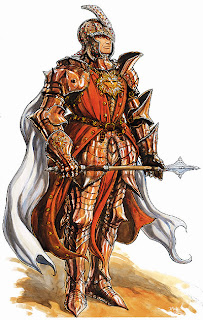 Cleric
A fighter whose indomitable faith can work miracles.

Start with a cleric from your favorite system, subtract the spellcasting and Turn Undead, and add the following stuff.

Faith
Faith points (FP) represent how certain you are that you deserve the miracles you pray for. They are spent when you request a small miracle of your deity, but they are immediately refunded if your prayer is answered (since that reinforces your faith). Your FP maximum is modified by your Wisdom bonus. FP don't return every day. Instead, they regenerate only if:
Communion
Your communion rank represents the strength of your connection to your deity. You get +1 communion while in a minor holy site and +2 communion while in a major holy site, while unholy sites (such as an opposing church) give equivalent penalties. When you pray, roll a d20 and test under your Communion. If the rolls is successful, your prayer is answered (comparable to a 1st level spell) AND your point is refunded.

You cannot pray for the same thing twice. If your god doesn't want to cleanse the leprosy from the nonbeliever, it would be insulting to ask again.

Your god is more likely to answer some sorts of prayers than others, depending on your deity's portfolio. A sample prayer portfolio for a generic god is given on the next page, although technically you can pray for anything. If you pray for something that is: 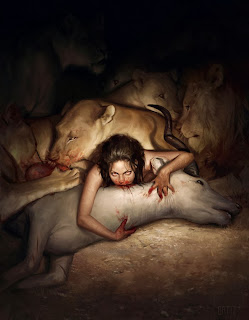 Double Prayer
You pray twice as hard as humanly possible. If your prayer is answered, it is answered with twice the effect. Double effects have been indicated in the prayer table below. Treat these double effects as level 2 spells (normal prayers are only level 1 spells).

Default Portfolio
This deity has a portfolio that includes healing, purification, and life. Prayers that are aligned include (but are not limited to) the following:

Cure Target gets a new saving throw against a poison or disease.
2x = Cure a poison or a disease.

World Integration
Clerics are usually members of extant religions, and they usually have ranks within those religions. (Your cleric may one day be an adventuring pope.) Your faith is assumed to be unswerving, and you are probably involved with your religious institutions. If you advance far enough within your church, you'll probably be asked to give the sermons instead of just attend them. 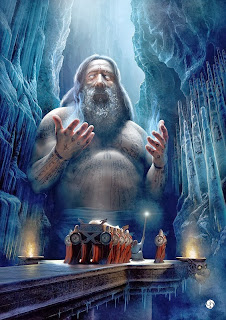 Hmm. That looks like it might not be total shit. Instead of writing down all the spells that they want to prepare for the day, the cleric just has to keep track of how many times they can pray in a day (FP) and how likely those prayers are to come to pass (Communion), which seems like a good trade.

They're a lot more flexible, since they can pray for whatever they want.  They're also very unreliable, since their prayers will go unanswered often.

I like the "you cannot pray for the same thing twice" as it makes a lot of sense and prevents clerics from abusing their sometimes-large FP pools.

I like trimming down a god's portfolio into six spells. It seems like a good way to capture whatever a god is about, in a very practical way.

The "It only costs FP if you fail" rule is pretty strange, mechanically, and it means that the Communion rank is doubly important. It may lead to a cleric spending all their FP without any results and becoming frustrated as a result (the sort of thing that might make a cleric question his devotion, no?)

Communion should probably never get higher than 12. That means it might rise to 14 in Saint Peter's Basilica and that's pretty powerful because your getting twice as many miracles per FP as you would if your Communion was 10.

They need to visit their temples regularly which is awesome but potentially a huge disadvantage if they spend weeks out in the wilderness. If they are going to be in one place for a while, they'll probably want to sanctify a small area for their worship, which is cool. 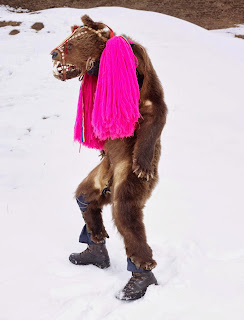 Some credit is due to the excellent Nine and Thirty Kingdoms blog, which is excellent all over but especially here, where it has an article about clerics without spells.
Posted by Arnold K at 7:37 PM

Email ThisBlogThis!Share to TwitterShare to FacebookShare to Pinterest
Labels: classes, mechanics, why do I write these fucking things