Items from the Pit and the House

Here's a selection of thingamajigs from the East Pit Marketplace (the ruins of east Pittsburgh) and the House of Hours itself.  Players can read--there's no spoilers here.

The first few of them are replacements for hirelings/retainers. 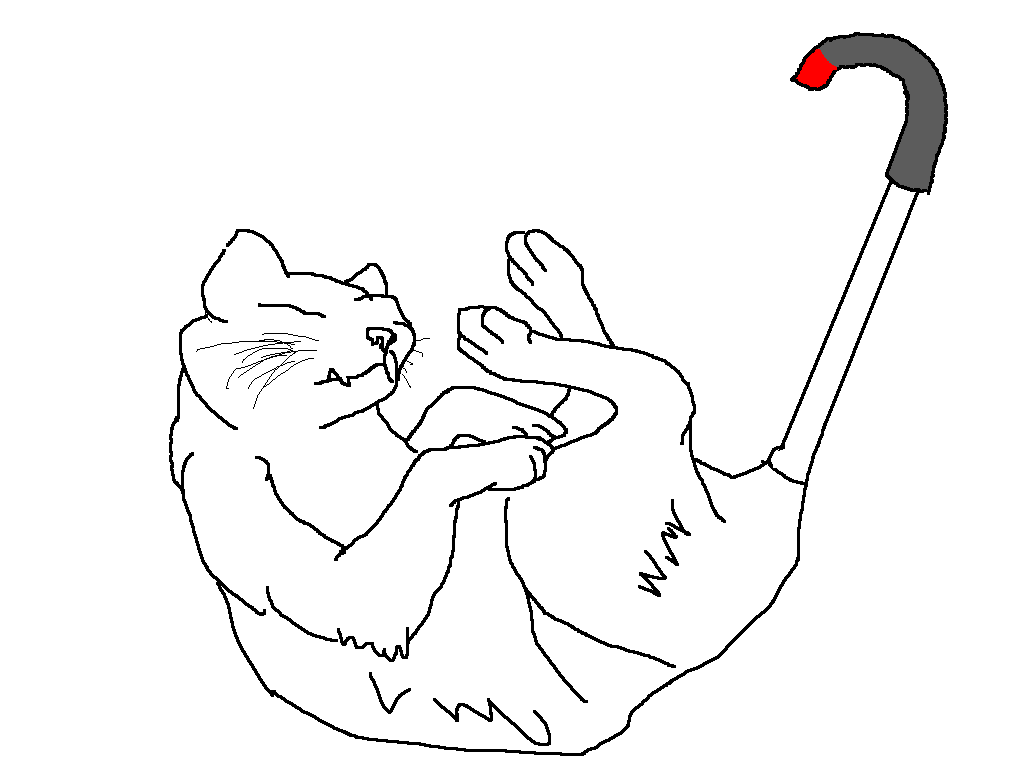 A hurleypuss is a big, cantankerous type of psuedocat.  Generations of breeding have made it suitable for use in combat.  A hurlypuss' tail is replaced with a J-shaped stick, like that of an umbrella.  The hurleypuss has some sturdy tendons in it's tail and hips--yanking it by the tail/stick doesn't hurt it, but it does piss it off.  The tail/stick also gives a longer lever arm, allowing the hurleypuss to be thrown further.

A hurleypuss will spend most of its life in a bag, where it takes catnaps.  When the hurleypuss is thrown from the bag on a target, it will wake up, enter cat flight mode (you've seen it--arms outstretched, waving the tail for orientation and balance), and maul the first thing that it lands on. 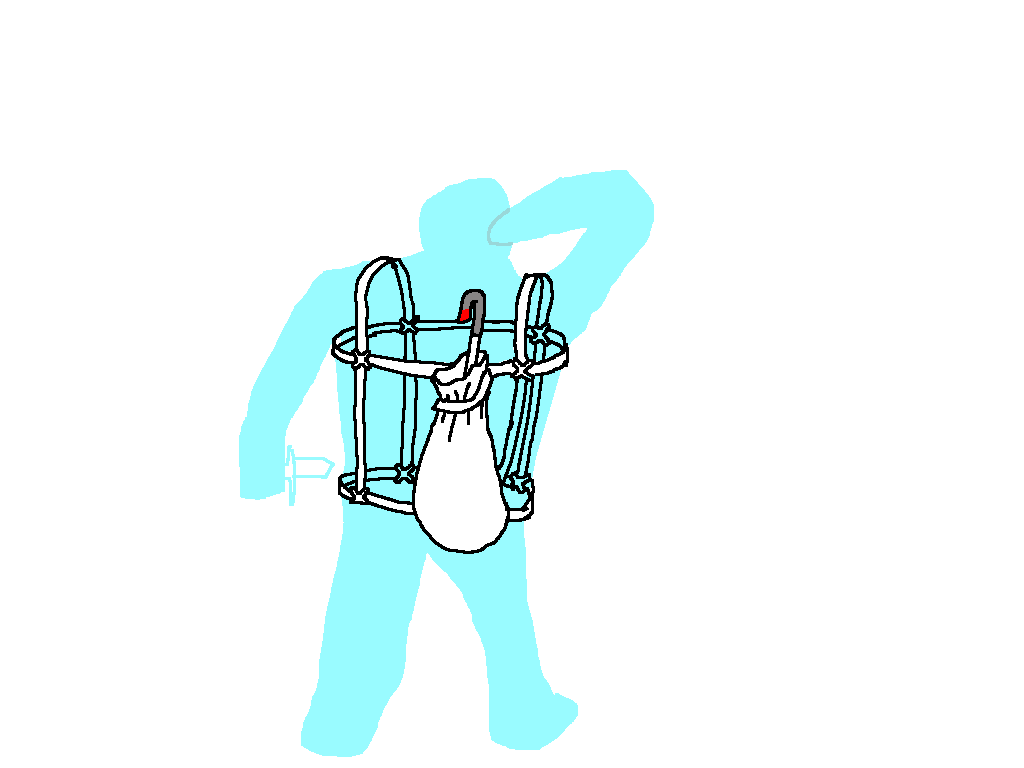 Hurleypusses are usually sold with a harness that will affix a bag to the buyer's back, so that they can hurl them with greater ease.  Treat it as a ranged attack with a +1 modifier (they can steer themselves somewhat in the air) and a 15' range increment.  On a hit, it will deal 1d4 damage and try to attach itself, so as to do automatic damage on subsequent rounds.  They have 1d4 HP.

Unlike cats, they are foul-tempered, and hate to be petted.  All they desire is to crawl inside a snug sack and sleep.

I tried drawing a third picture of a hurleypuss in mid-hurl, but it was beyond my abilities.  Would have been hilarious, though.  Use  your fucking imagination. 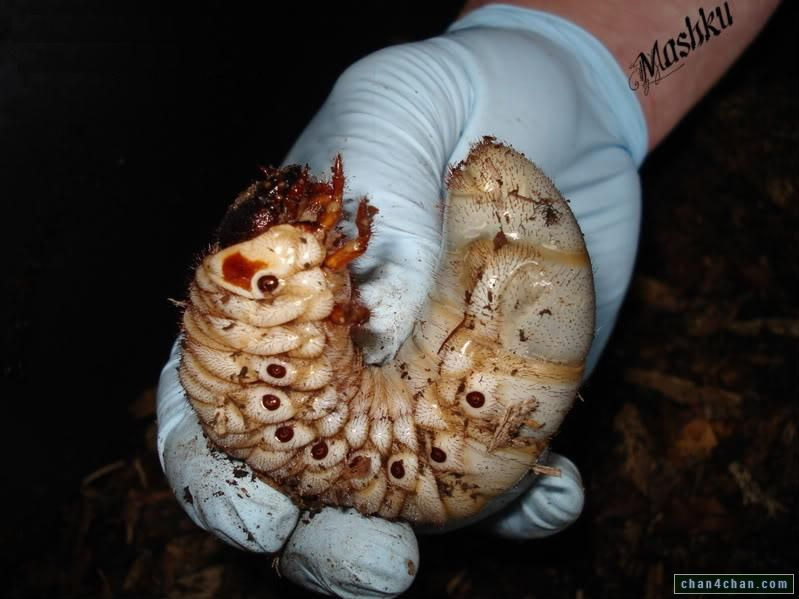 Jakesleeves are giant maggot/worm/things, originally imported from some horrible, distant dimension. They're about 30"-36" inches long.  If a person inserts their arm into its anus and all the way through it's extremely linear digestive tract, it can be worn like a sleeve.

They were first bred from rhinoceros beetles in Macau.  The adult imago of the jakesleeve is extremely violent and aggressive, so jakesleeves are usually killed when they are undergoing their molt.

As a sleeve, it provides protection to the arm and will bite any opponents that you attack with it.  (dealing a whopping 1d8+1 damage).  One the downside, however, it must be fed and cared for (much like a retainer or pet).  And if struck in combat (a constant risk) it will go berserk (shitting out your arm and lashing out at the nearest target until calmed).

Calming a jakesleeve is easy.  Just stroke it gently along the midline.  It will shiver and calm down immediately. 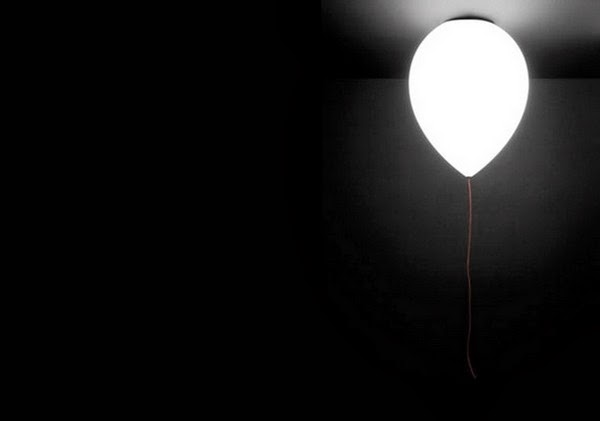 Another extradimensional import, Spelunker's Friends are a bit like will-o'-the-wisps.  Sort of like glowing, floating lavalamps that give off white, yellow, or red light (depending on their component lights).  They give off light as bright as a torch, and move quite swiftly.  They are cold to the touch.

They are usually used to replace the lantern bearer in party, as they can be induced to follow groups of people around.  This is usually done by torturing chickens.

Friends thrive on suffering.  So after the chicken has been tortured and killed, one of its bloody bones is tied to a string (do not wash the bone off!) and used to lure the spelunker's friend onto the string.  It will pick up the bone and hold it in the center of it's mass (they weight about 3-6 grams, and are about 18" in diameter).  If the string is tied to your backpack, it will bob along behind you exactly like a radiant balloon.

The largest expenditure in maintaining a Spelunker's Friend is actually just the supply of tortured animal corpses, as each chicken bone is only good for a day or two (before it is drained of pain residues) and each chicken only good for about 2 weeks.  Since pain chicken (as it is called) requires a constant supply of torture/attention before it is killed, it can be expensive.  Additionally, they are prone to wandering off if you enter a place with a lot of suffering nearby.

Cities that are frequented by adventurers often sell Spelunker's Friends, and the slums will be dotted with chicken torturers.

Although they are intelligent (although their behavior is usually simplistic) they have no concept of loyalty.  If you are suffering (under some magical pain/discomfort) they will stop sucking on their chicken bone and envelope your head.  While so enveloped, you have difficulty seeing (-2 to hit) and difficulty concentrating on fiddly tasks (like spellcasting). Shoggules are the infantile forms of adult shoggoths.  Or rather, they are the fragments of an adult--shoggoths don't have a life cycle as we think of it.

Unlike their parents, shoggules (or shoggies) are quite idiotic, and will mindlessly attack anything that they come across, and will also follow an UV (blacklight) laser, much like a dog chasing a laser pointer.  They store well in glass bottles, too.  The consistency of these behaviors make them useful to adventurers, who will unleash the horrible little blobs on whoever they wish to destroy, and then herd them back into their jars.

Care must be taken not to let one's shoggule grow too large, or worse, allow it to recombine with other shoggules, as their intelligence and malice grows exponentially with size.  Fire is the recommended method of "pruning" a shoggy, and if it is kept small enough, it won't even remember that you were the one who wounded it, and so will harbor no resentment.

Treat them as 1 HD versions of shoggoths (or black puddings).  Adventurers are advised to carry a spare blacklight laser, as bad things will occur if you allow one to escape into the spaces between your hotel's walls. 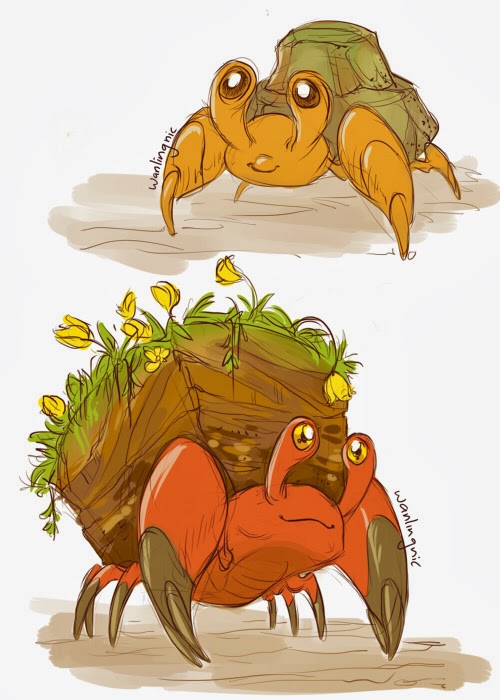 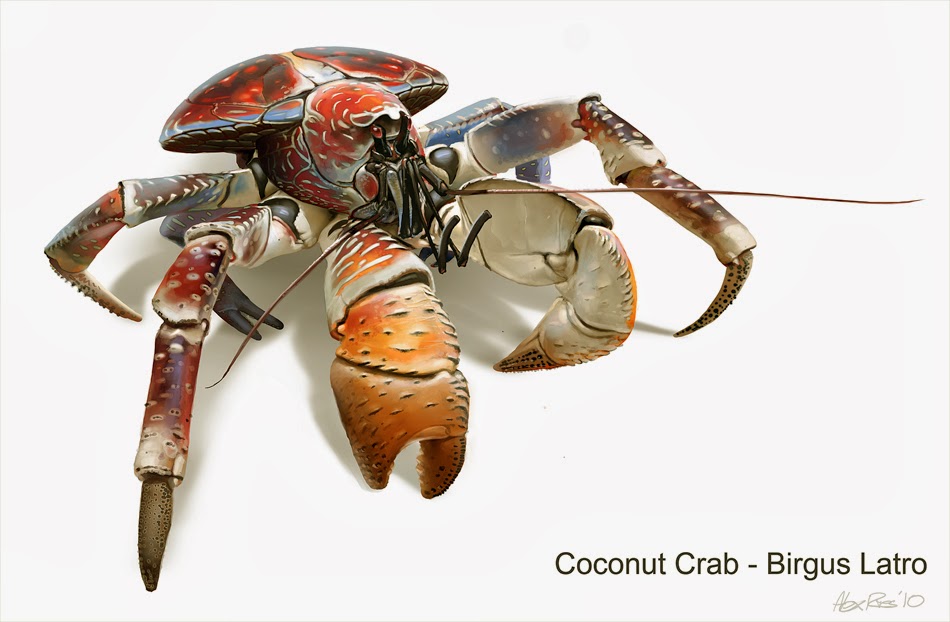 These are giant, soft-shelled crabs that have the faces of babies.  They're about 3' tall and 3' wide (although their legs can span 6' if outstretched).  They happily carry burdens on their backs (and are actually quite distressed unless they are carrying at least 40 pounds).  They can make decent mounts, but they must be led by a third party, and they dislike it when their cargo is moving around too much.

Out of everything listed so far, shellbabies are the only ones who are truly harmless.  In parties, they tend to be the replacement for the porters.  They can carry more weight and climb difficult surfaces.  But they frighten easily, must be hand fed (their sphincter-mouths lack teeth), and can be difficult to coax out of a pool of slimy water once they've gotten comfortable.

Aside: I like crabs.  Along with lobsters and octopi, no one spares a single thought for their suffering when it comes to food prep.  Yeah, I know lobsters get boiled alive, but did you know that soft-shelled crabs will get their FACE CUT OFF WHILE THEY ARE STILL ALIVE?  Poor, delicious, unfortunate crustaceans. 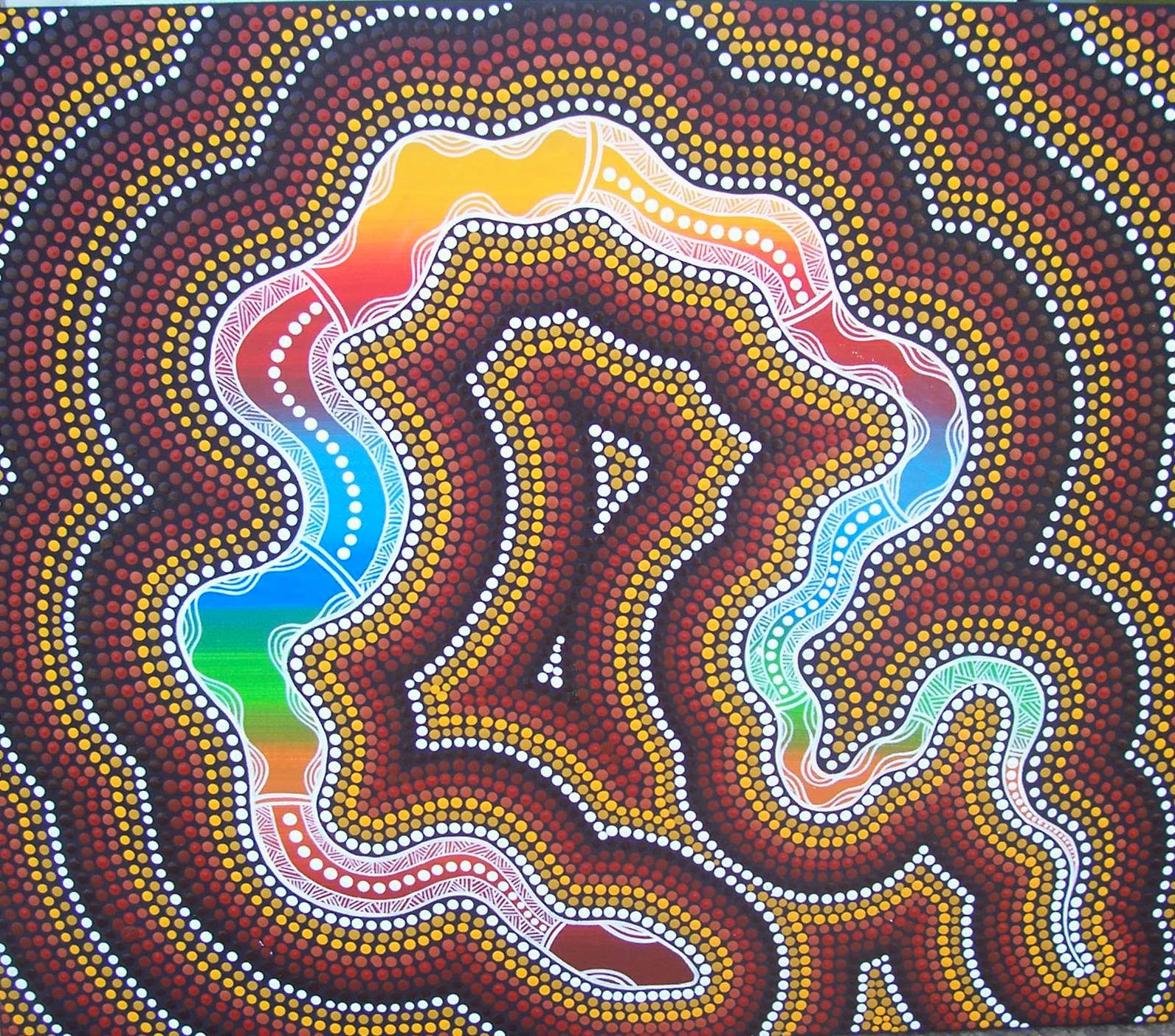 Sold in jars, popsnakes are functional equivalents to green slime.  They eat organic material with incredible rapidity, shitting out new popsnakes the whole while.  Within seconds, a large animal can be reduced to a mound of slithering, feeding, birthing popsnakes.

They are kept quiescent by submersion in mineral oil.  Contact with air makes them go crazy.  The feeding process generates a large amount of irritating smoke.  They still require oxygen, so they do not function underwater or inside large creatures.  Like green slime, bright light similarly destroys them (it causes them to explode with a small "pop", releasing a flash of ozone).

Despite the name, they are not snakes.  They are more akin to rainbow colored worms that vibrate their tails and form their bodies into tight corkscrews, double helixes, and a wide variety of knots (depending on the sub-species).  Their destructive potential makes them illegal in many areas. 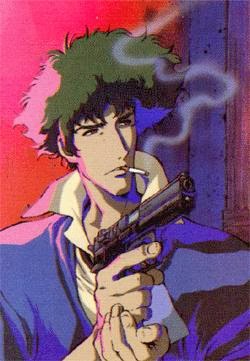 Smoking cigarettes gives you +2 to save vs fear/hesitation/uncoolness.  Cigarettes cost $1 (or 10gp) for a pack of 28--one week's worth. One of several magic sodas, solar cola is one of the most potent.  After drinking it, different cumulative effects occur.  These effects are all cumulative (except for the first one, which is just a single-time healing pop), so the fifth turn has all the previous turns continuing over.


After 1d6+4 turns, the character (if they haven't burnt to death) with triumphantly explode upwards and become an immortal star in the night sky.  (. . .where the other stars will judge their worth.  Worthy stars are assigned as apprentices on lesser constellations.  Unworthy stars are hurled into black holes.)

This transformation can be stopped at any point by smothering or submersion in water.  After being halted, the affected character is blind for 2d6 hours, but will never again take penalties for bright light.
Posted by Arnold K at 10:11 AM