Zulin and the Spirits of the Upper Air

Centerra currently has a monotheism (Church of Hesaya) and it sucks so I'm rewriting all of it, except for the bit where the Church cannibalizes other religions and incorporates them into itself. 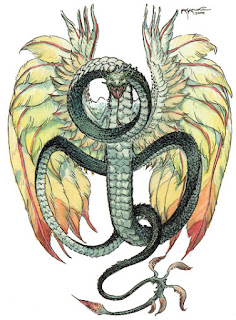 This is the thing that is omnipotent.  Since it is the king of all divinity, only kings are permitted to pray directly to the Authority.

The Authority is known as such because his actual name is secret.  It is said that anyone who utters it disrespectfully is struck dead.  (DM's note: the secret name of God is widely believed to be Dumadiyei, but it is actually Akatom.  Pronounced dew-MAW-dee-YAY and ACK-aw-TOM.)

The Sun is his chariot, and it glows warmer is response to the virtue that he sees below him.  Too much sin and doubt will cause a second age of ice.

There are those who have approached the Sun.  (It is further than the moon, but not by much.)  They have described it as a vast mechanism, with wheels inside wheels, golden tubes, and enormous trumpets projecting into the firmament.

There are those who have landed on the Sun, attempting to establish a diplomatic relationship, indulge their curiosity, or to assassinate the Authority.  They have never been heard from again.

Heretics say that God has left his heaven, and that the great chariot sits abandoned in the sky.  Why else have the great miracles stopped?  Where is the hand of the Authority felt on the body of his Creation?

This is the god of air, and the prime deity on Centerra.  He is the Demiurge, and he organized everything.

He lives in a mansion on a mountain top.  You can see it from a nearby peak.  Whenever you look at it, you can hear the bell of St. Dorbaine ringing in your ears.  It stops as soon as you leave.  You can approach the mountain, but unworthy souls are struck with weakness as they approach.  The blessed become stronger as they approach the Holy Mountain.

Very noble people sometimes trek to the shrine in the valley below the peak.

You can see the mansion, and you can see the guests on the balconies.  They are strange and beautiful and some are colossal.  If you attract their attention, they'll send you an invitation.  (Basically, name-level PCs are expected to go and dine with idle, squabbling godlings, titans, and interdimensional weirdos.)

Zulin is not at home.  Zulin is at a tea party in Hell with Ashta Lon Who-Is-Falsehood.  Zulin is trapped at the tea party by the conditions of politeness.  If Zulin leaves the tea party, Ashta Lon is also free to leave.  They've been having tea for a very long time.

Only Priests of the Upper Air are allowed to pray to Zulin, and to receive his miracles.  Priests of the Lower Air must pray to a saint, a prophet, or a slave-god.

Essa, May She Live Again

She is the First Prophet, and as such, is an equal to Zulin.  She is the intermediary between the Authority and. . . everything else, really.

Not only did Essa (May She Live Again) first re-teach the world the teachings of Hesaya after the Time of Fire and Madness erased all history, but she also decided to reincarnate.

Essa (May She Live Again) is currently on her 57th reincarnation.  Her current form is 10 years old, and enjoys spicy noodles, horseback riding, and small dogs.  She is the leader of the entire religion.  She is protected by a Brynthic Hound called St. Smaudius.  ("Smaudy")

It is widely believed that the dragon-sorcerer Tar Lath Lien is the "serpent of the apocalypse" described in scripture, who will one day destroy the world.  Actually, it's quite clear that he is.

Tar Lath Lien is horribly smug about all this, as you'd expect.

The Patriarch (the Pope)

The Patriarch rules over Kaladon, on the opposite side of Centerra from Essa (May She Live Again), who resides in the Holy City of Coramont.  Kaladon trains and maintains a whopping 40% of all the paladins in the world.

Spirits of the Upper Air

It is accepted that there is a whole secret ecosystem in the upper atmosphere.  It is a realm of lightness and invisibility.  Invisible wars are fought there, and titanic angel-fauna devour each other with magics that could rend mountains.  The greatest of these sky-leviathans weighs less than a feather. 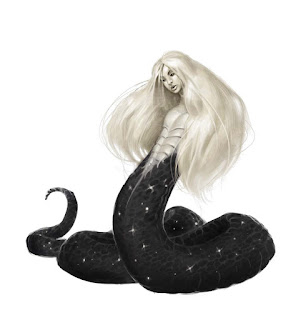 Wind Paladins of Hesaya wear no armor except a pale blue tunic, each thread of which is banded with scripture (in tiny alternating blue and white bands, analogous to Morse code).  They wield long, narrow swords, and when they cut, the wind cuts for them.  (50' melee range with their swords.)

Clerics of Hesaya command air.  They cannot control the weather, but they control small amounts of air nearby.  They can order the air to avoid your lungs, and you will suffocate in X rounds, where X = half of your Constitution (unless you run more than 200' distant).

Symbols of the Temple

The Symbols of the Authority are gold, the sun, and the scepter.

The Symbols of Zulin are blue, the hand, the wind, and the teacup.

The Doctrine of the Four Elements . . .

. . . is a heresy.  There are many atomic elements, and air is a gas, merely one of the three states of matter.  (Fire is really more of a chemical reaction.)  It's just that air happens to be the most enlightened state of matter. 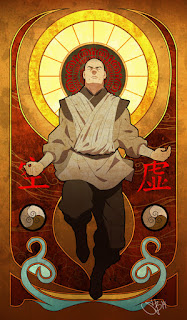