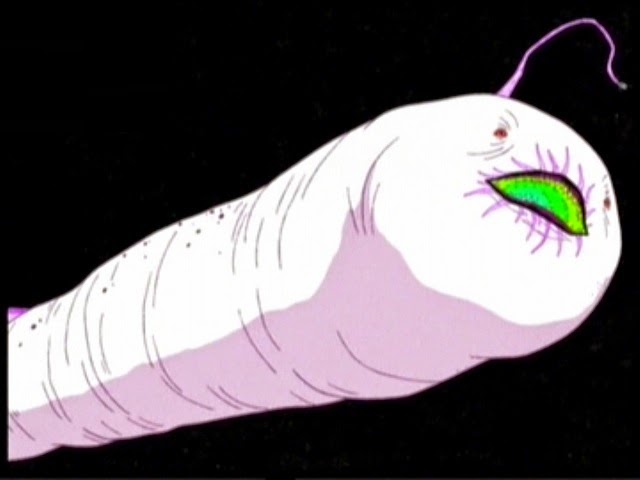 I was listening to a podcast of some people playing through Sailors on the Starless Sea, and one of their adventurers got killed by a rot grub.  They were having so much fun, so I thought I'd make up a higher level version of one.  They look like finger-sized maggots with garbage disposals for mouths.  Also popular for assassinations.

Like their larger, slower cousins, they hide in corpses.  Unlike their smaller cousins, a 10' pole isn't enough to save you.

Turbo Grub
HD 1  Defense leather  Hungry Leap 1d6 + fleshburrow
Move motherfucking gazelle  Int 1  Morale 9
Special Hungry Leap, Fleshburrow
*Due to its freakish speed, a turbo grub gets +4 to attack.
*Hungry Leap -- The turbo grub jumps up to 20' when it attacks.  If it hits a meaty target, it will deal its damage and then burrow into the target's flesh.  If a target has a readied action, they may make an attack against the grub while it flies through the air.  Two-handed weapons get -4 to this attack because they are too unwieldy for razor-quick reactions.  If the grub misses its attack roll, it drops to the ground (and will leap again next turn).
*Flesh Burrow -- Inside its target, the turbo grub blenderizes its insides, racing around their guts like a wormy racecar.  Inside its target, it deals 1d6 damage per turn and can only be attacked with piercing attacks (not even magic works, unless it is AoE).  Whether the attack hits or misses, the person with the grub inside them takes an equal amount of damage.  When a turbo grub takes damage, it will leap out of its host on its next turn, targeting the nearest warm-blooded thing within 20'. Meat Man
HD 8  Defense leather  Slam 2d6 + corpulate
Move dwarf  Int 5  Morale 7
*Corpulate -- On a hit, the target gains a number of pounds equal to twice the damage done.  This huge injection of body fat occupies an inventory slot as if it were a normal item.  This magical fat can be lost at the rate of 1 inventory space's worth every month, simply with normal activity.
*Meaty -- When killed, a meat man provides enough meat for 1d20+40 days' rations. 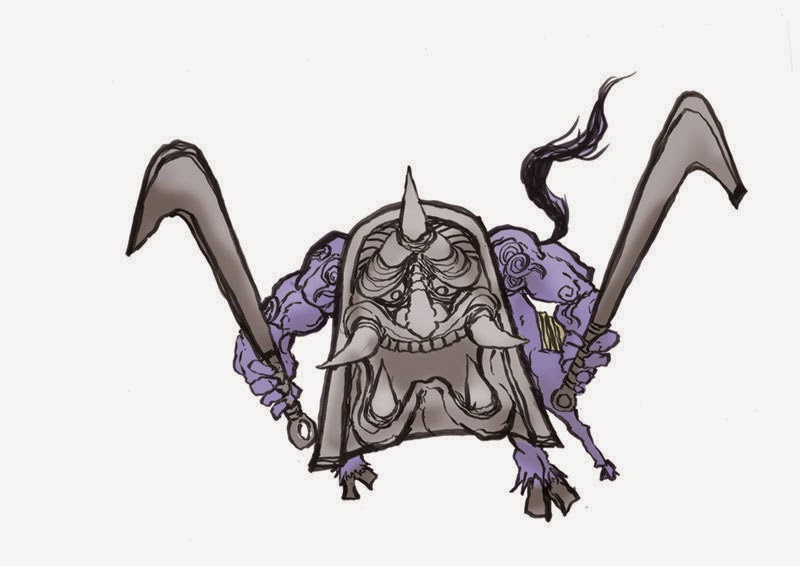 Ah, the quantum ogre.  I don't know why some people hate them.

First misconception: they're a summoned creature produced by a spell, not a natural creature.  They come from a very specific curse.  And it's impossible not to realize that you've been cursed with the quantum ogre, because the invocation part of the curse is the wizard shouting at you, "I CURSE THEE WITH THE QUANTUM CURSE OF THE OGRE!"

So it shouldn't really be a surprise when you run into the quantum ogre.  That guy is everywhere.  (They say that there's only one quantum ogre.  Or maybe there's an infinite number.  I forget.)

Quantum Ogre
HD 4  Defense leather  Fist 1d10
Move human  Int 5  Morale 7
*Paradoxical -- When the curse of the quantum ogre is cast on you, you can rest assured that the next unexplored path you take will bring you to the quantum ogre.  If you do not kill it/them, you will continue running into more ogres until you or ogre(s) are dead.
*Splitting -- Each time the quantum ogre takes damage, it splits into two ogres with an equal amount of health.  This is true whether they take 10 damage or 1.  It is possible to duplicate so many ogres that they fill up the available space and begin dealing crushing damage to each other.  This is what is known as an Ogre Generation Runaway Expansion Event (OGRE Event).  The ensuing fountain of gore can knock down flimsy walls.  Creatures near the epicenter take 8d6 damage, while those farther away might only take 4d6.  Save for half.  You also get 10x the normal XP for a HD 4 monster; you killed a million of 'em! 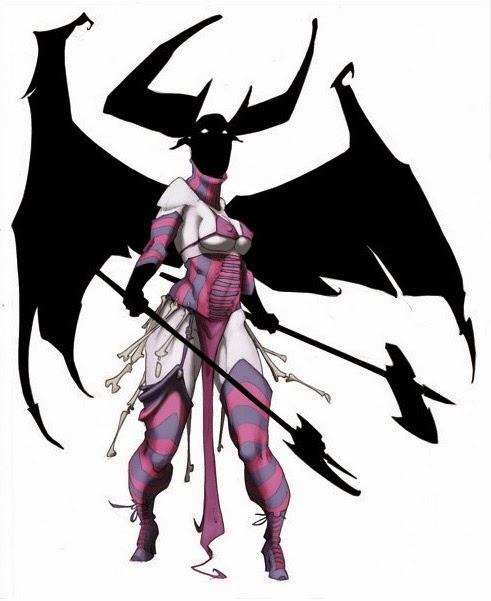 The turbo grub reminds me of the rabbit from Monty Python, and that's the way I like it. You'll pretty much have to fight it by stabbing your friends, and by taking up basebase stances with your swords, in case it leaps for you next.  I haven't seen a monster like that before, so that's cool.  (And again, I'm amazed at how much monster variety you can get just by using 0e D&D rules.)

The flab man fulfills my philosophy of attacking all parts of the character sheet.


And the quantum ogre is just a bit of exploitable, gamist cheese.  I'm okay with that.  It scratches an itch.  If your players manage to explode the fort with infinitely duplicated ogres, they'll talk about it for *weeks*.
Posted by Arnold K at 9:49 AM