These are straight from my house rules, so some of them are going to refer to rules that you might not necessarily use. 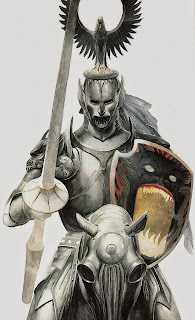 Resting in town is important. DMs who have experience with multi-day hikes and heavy backpacks know how incredible it feels to sleep in a real bed at the end of it all.

I want to have rules that make downtime more important.

A player loses 1 insanity point for every week spent in town, engaging in non-stressful activities (no adventuring).

Each week, a random person in the party has a 5% chance to make a Charisma check. If they succeed on this check, they gain an ally. If they fail it, they gain an enemy. Roll a 1d6 to see how important that person is.

Each week, a player can pick how they want to spend their time.

1. Philanthropy allows a player to spend money and gain reputation in a neighborhood. This costs 1000c in a poor neighborhood and 10,000c in a rich one. You gain +1 to all reaction rolls in that area. If you succeed on a Charisma check, you also gain a permanent friendly ally in that neighborhood.  You can also choose one small change to make to the neighborhood that your money makes.  Perhaps all of the street urchins are in a free orphanage school now, or the shitty roads finally get repaid.  Players should be able to easily see how their money has changed the neighborhood for the better.  This is how they change the world for the better--one neighborhood at a time.  Villages and towns are so small they usually only count as a single neighborhood.  +1 Rumor.

2. Relaxing for at least a week allows a character to be cheered (+1 HP per HD) until the end of the first day where HP actually matters.  (So hanging out in town or travelling on roads doesn't cause you to lose your Cheered condition, but getting into combat or exploring a dungeon will cause you to lose the Cheered condition after you've had a day to enjoy it. +1 Rumor.

3. Prayer is mechanically identical to Relaxing (above), except that you can simultaneously engage in Philanthropy (above) as long as you are donating money to the temple or church. If you are a cleric or priest, you will instead be expected to lead ceremonies.  +1 Rumor.

4. Boasting after completing a significant adventure, the party can spend a week boasting of their accomplishments.  The whole party must engage in this together.  This earns them an additional +5% of the XP of the adventure they just finished.  This is basically a roleplaying activity, where the party can recapitulate their adventures in dramatic narration (and open lies) while the DM queries, cheers, and heckles them while roleplaying as drunken tavern patrons or opium-addled nobles.  (If you come back from Dragon Mountain with a bunch of treasure, there's going to be at least one noble who invites you to their house, eager to hear all of your stories.)

5. Skill Training allows a player to gain a check mark in a skill (within reason—you cannot train swimming in the desert, nor study marine biology without access to either fish or a good library). This takes 1 week. This may cost money.

6. Skill Mastering allows a player to test their skill to improve it. Erase all three check marks and roll a d6. If the result is higher than the character's current skill rank, the rank improves by 1. This takes 1 week.

(I should probably post my skill rules, since they've changed a lot since I posted them on this blog.)

7. Spell Study allows a character to learn a new spell. This takes 1 day and 100g if the spell belongs to the caster's chosen school. If a wizard attempts to learn a spell from outside of their school, it takes 1 week, 700g, and takes up a skill slot.

(Players have skill slots equal to their Intelligence.  Skills and off-school spells both compete for skill slots, which makes the Intelligence stat more in-demand for wizards.  It also helps limit how many off-school spells a wizard can learn, so while a necromancer can learn all necromancy spells, they have to be more selective about which illusion spells they want to learn.)

8. Spell Invention allows a spellcaster to invent a new spell. This requires expensive (1000g or more) or rare (quest) items (or both) and takes a month (or a year, at the DM's discretion). At the end of the month, a successful Intelligence check allows the caster to invent the spell that they were seeking. DMs are encouraged to say yes to whatever the character proposes, modify it to ensure it's not exceptionally broken, and then put a cost on it that reflects it's value.  More powerful/exploitable spells are more difficult.

For example, a version of fireball that does cold damage instead of fire is very reasonable for a wizard who already knows the fireball spell. This might only cost 1000g in icethorns and seed diamonds and require a month.

9. Working earns reliable money. The character gets a job that earns 2d6g per week (this money is worth no XP). If they have a relevant skill, they earn an additional +1d6g for every skill rank. If a character is willing to engage in risky/unethical work (such as burglary for a thief, selling demonic consultations for a wizard), they earn triple, but there is also a 1-in-6 chance of a mishap (the thief is arrested, the wizard is cursed).  +1 Rumor.

Decide beforehand how much equipment and money you want to carry when carousing. Weapons and gold might come is useful, but they might also be lost or stolen. No one parties in armor.

Decide with the DM what sort of form your carousing takes, so that you can create the fiction together. Gambling, drugs, prostitutes, extravagent tea parties, river cruises, etc.

There is a 50% chance that your carousing will be fun and uneventful. Otherwise, roll on the following table.

Players can choose to carouse together, consolidating their roll into 1, thereby allowing them to share in the same fate (whether good or bad). 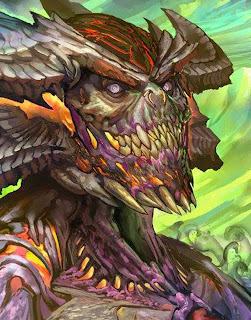