Last Night I Dreamt of Monsters 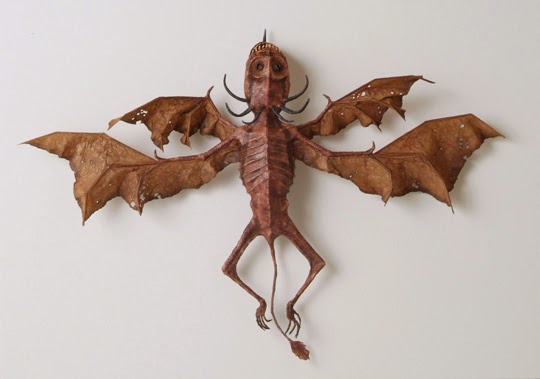 They look like hairless weasels with kissy-face lips and bulging eyes.

Once a guino bites you, it never lets go.  An enzymatic/magical reaction fuses the guino to its host, like a male anglerfish.  (Are there any other examples in biology where two separate vertebrates permanently fuse together?)  They are poisonous, but they only release this poison into the host's bloodstream when they are damaged or killed.  Never hurt your parasite, and it'll never hurt you.

Eventually, the whole guino will digest itself, leaving only a mottled sphincter on its prey that belches out a baby guino every week, which promptly scuttles off to seek its own prey.  They also 'fart' periodically.

Having a single guino parasitize one's body has no detrimental health effects (though they may have severe social ones).  Multiple guinos on a single creature can have pretty severe health effects, though.

They are a delicacy in the Darklands, so much so that Darklanders will intentionally infect a cow with several dozen guinos, in order to harvest the young ones.  (Infested cows lose their hair, as well as most of the bones in their head.)

They look like a skeleton that has been colonized by a ruby-red ooze from another dimension.

They are completely immune to damage.  Anything that would deal damage to them, doesn't.  They count as undead.  They have 8 Str and 1 HD.  The challenge to players is to find ways to neutralize them.  (I've had players throw them down wells, shove them into heavy-lidded sarcophagi, and pile furniture on top of them.)

There is a strange song that (if played on a set of chimes made of meteorite steel) can compel a skeleton jelly to show you the way to the Mountain of Consequence, where the a brave adventurer can journey to the Blackness Between the Stars. 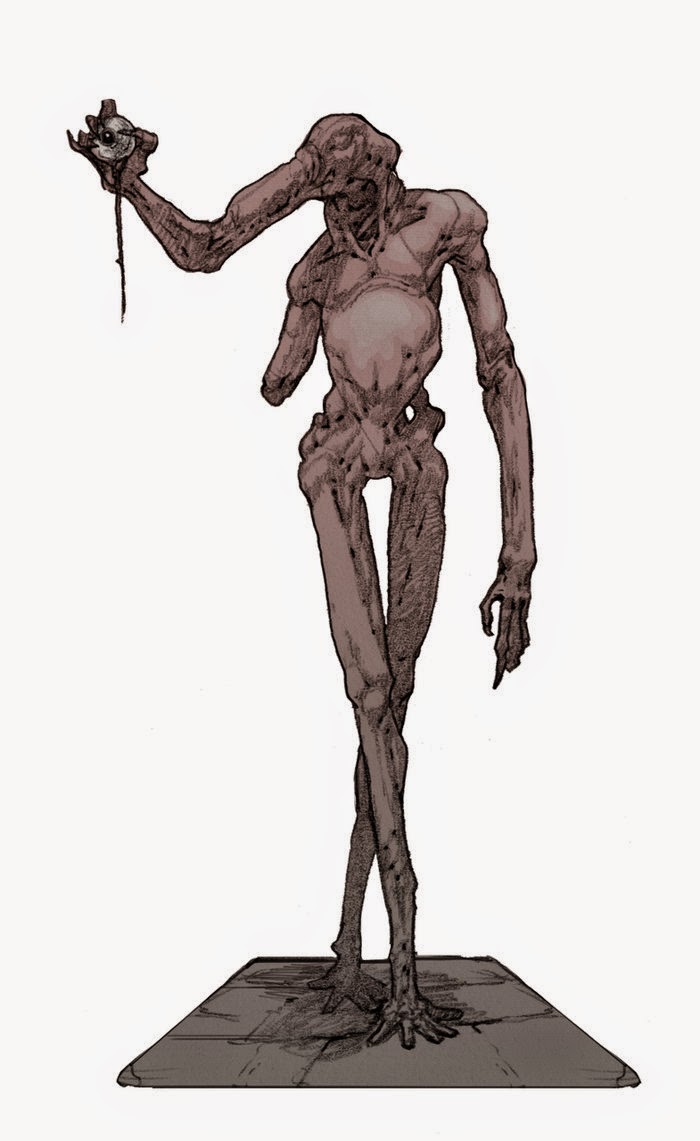 They look like gelatinous babies with long limbs, semi-translucent and with an completely inhuman skeleton visible inside them.  They glide around on their 'head', completely upside down.  They scratch with their four limbs.

They can only be damaged by attacking their reflection in a mirror.  The mirror takes an equal amount of damage (so most mirrors will shatter after a single blow).

These were once normal men and women.  Then some fucking biomancer scooped out their brains and filled their skull with dragonblood and needles from a bone needle man (link goes to a Google Drive pdf that I wrote: Book of Mice).  They behave like people who have been magically dominated (sweaty, unsubtle, wide stares) until they are killed.

After a biomancer's revenant has been killed, they immediately explode into four separate bio-revenants, each of which is equal in HD to the original creature.

The Visceral Revenant is blood, guts, and muscle.  It clomps around and bashes shit, but it struggles to maintain it's shape without it's bones.  It's surprisingly strong.

The Bone Revenant is pretty much a regular skeleton that's just covered in blood.

The Skin Revenant will float around and try to smother people.

The Vital Revenant is an incorporeal spirit.  It will fly around and attempt to possess people.

The Minor Revenants don't really matter in combat, but there's about 20-30 of them.  These are slithering puddles of bile, aggressively rolling eyeballs, and a tiny shuffling mound of hair.  These bits and pieces aren't strong enough to directly attack a PC, but maaayyybbbeee a PC might slip on an eyeball and fall, or a puddle of bile could digest an unattended spellbook.  Use your DM discretion to have a few tactically relevant revenants running 'round, and some minor hazards.