High Elves and their Creation Myth 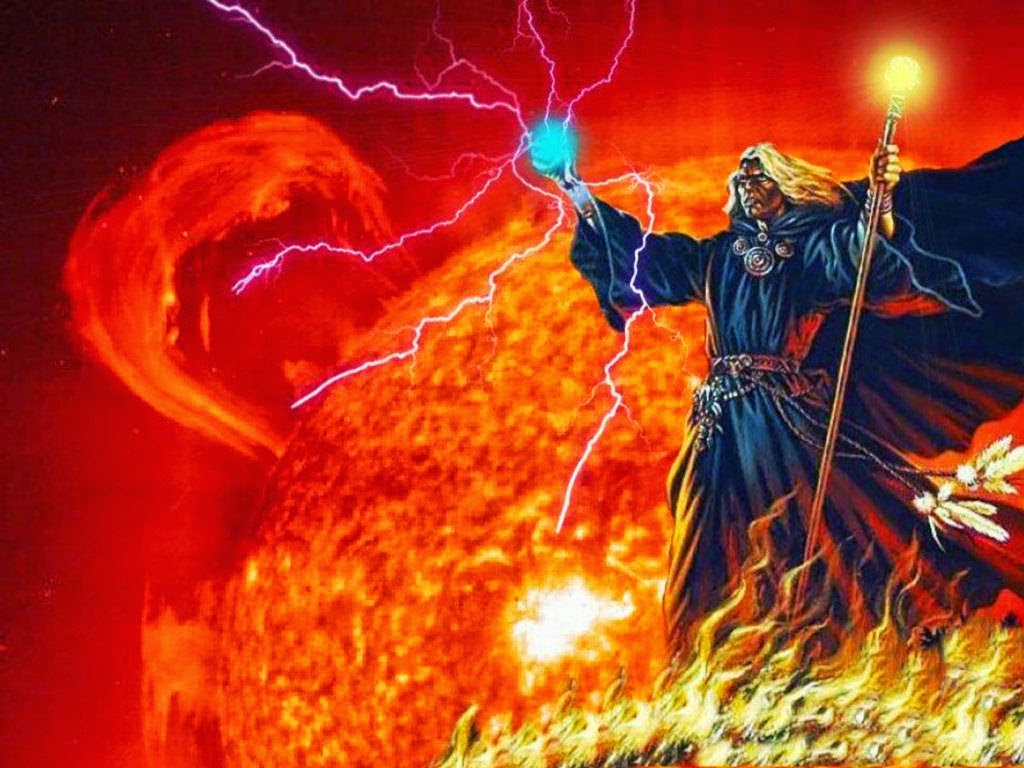 There are two kinds of elves.

Low elves (high elves and wood elves) are the cliche ones.  They build tree-houses, live in harmony with nature, and are highly magical and aloof.  They worship beauty in all of its forms.  Beauty is what they are all about, since beauty is a special sort of goodness all of its own.  You'll also find them living on beautiful islands, beautiful caverns, and atop beautiful meadows.  They won't want you there, since you are smelly adventurers.

True elves take the magic and the aloofness and turn them up to 11.  They are the ancient masters of the planet.  True elves were once low elves until they enjoyed certain magical enhancements in the womb and during their maturation.  In adulthood, they enjoy a level of health, beauty, intelligence, and magical aptitude that dwarfs any other race.  They are the perfect creature.

Unfortunately, true elves are going extinct because they no longer have the resources required to turn normal elf fetuses into high elf fetuses.  So, all of their children are merely low elves, which they despise the way you would despise monkeys if your wife constantly gave birth to them.

High elves are immortal, and the least of them is a more powerful than any human wizard.  Without a society, and with dwindling numbers, most of them spend their days pursuing obscure agendas of their own.  Actually, you'll find them at the bottom of high level dungeons as an alternative to liches because (a) I'm tired of liches and (b) elves are easier to talk to, aren't all necromancers, and aren't obviously evil.  If you ever meet a high elf, running her golden fingernails though the ichor of a dead godling's eyeball on the 15th level of some dungeon, you should probably run the other way.

So, yeah, powerful sorcerer-kings of a former age.  Waged numerous genocides against the lesser races whenever they felt like it, with varying degrees of success.  Godlike magical prowess.  Elitists who claim to know more about the universe than anyone else.

That's only mildly interesting.  What's more interesting is their creation myth, since they are atheists in a world where no one is an atheist (because giant faces appear in the sky with alarming frequency and also clerics exist).

In the days before the Time of Fire and Madness (where recorded history begins; everything was either on fire or insane) high elves were rulers of this world and countless others.   Reality was bent to their will and the physical laws were pudding under their soft feet.

High elves created all the other races.  There are no gods, only a shared mythos that is sometimes given form by human faith.  Wood elves, beautiful and wise by human standards, are their degenerate cousins.

Halflings were bred for small size, clever minds, and quick hands.  They would travel in ships that flew up above the clouds and between the stars, where there are other worlds.  They needed to be small so that they would require less space in these ships, where size and mass were at a premium.

Dwarves were bred to be laborers.  Once, there were many kinds of dwarves, but now there are only the miner-dwarves.  They excavated the many worlds of the high elves, and also stripped the resources from mountains the floated in the airless spaces between worlds.  Because they were created to work, they were not given creativity.

Orcs were bred to be supersoldiers.  They are fast, strong, and cunning.  They were regulated alchemically by various elixirs and potions that were pumped into the orcs' brains.  And even now, where you find high elves you may also find alchemical orcs, who have realized the full power of their birthright.  There is no mightier warrior on the planet than an alchemical orc with his ancestral regalia, nor no thrall more rigidly controlled by its master.

Humans were the original stock.  The first creatures that high elves bred were themselves.  In the Time Before, the rich and brilliant bourgeoisie of human society enhanced their children to make them smarter, healthier, and longer-lived.  After generations of improving their children, the high elves declared that they were perfect, and turned their attention to creating the other races to serve them.  Currently, true humans are nearly extinct, and can only be found on isolated enclaves beneath the surface of the moon, where they are kept as holy pets.

Subhumans comprise most of the people on the surface of Centerra.  They come in different colors.

Low elves (PC elves) don't believe any of this, and instead have a much more generic creation myth.

Does any of this affect the generic fantasy milieu of Centerra?  Nope.
Posted by Arnold K at 1:56 AM