Covenant Trees and the Stylites 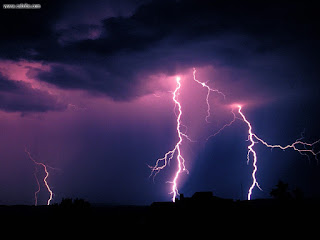 The Covenant of Lightning

There once was a great empire named Niv which conquered the entire world and then conspired to invade Heaven.  (This was the Crusade of Worms.)  In the city of Armis they built the first tower, in order to reach Heaven.

For their arrogance, Zulin destroyed Armis with lightning bolts.

<sidebar>Niv would eventually be successful in their attempt to invade Heaven.  Although the Nivians were quickly driven out, the intrusion caused Zulin to move Heaven from the Lower Clouds into the Upper Air, where it was more distant and harder to see (as opposed to the golden domes that could formerly be glimpsed among the clouds).  Since Heaven withdrew, it has been more difficult for people to reach it, requiring more good deeds.</sidebar>

Such was the devastation of Armis that even the faithful were horrified.  Zulin came before them, contrite, and promised that he would never again use lightning to destroy indiscriminately.  (Lightning bolts would continue to be used as the preferred method of slaying apostates.)

To symbolize this covenant with the people of Centerra, and to serve as a reminder of his wrath, Zulin created the Covenant Trees.

It is said that the covenant exists as long as the trees do; when the last covenant tree is felled, Zulin is no longer bound by his promise not to destroy cities with lightning. 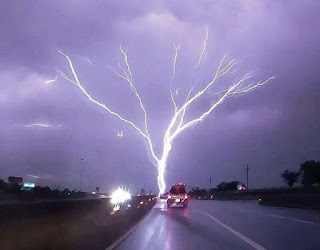 Yet covenant trees, being partially divine in origin, defy this simple dichotomy.  They are composed of both metal and wood.

Covenant trees grow when a lightning bolt strikes a covenant tree seed that is in an area rich which copper.  The seed pulls the copper out of the ground and uses it to grow the tree to it's adult height.  All of this happens in the time it takes a lightning bolt to fully discharge.

Covenant trees are always shaped like the lightning bolt that formed them.  They grow along the lightning the way ivy grows up a trellis.

Because covenant trees function as lightning rods, they usually prevent the growth of any other covenant tree nearby, so most of them are only ever found as solitary trees.  They grow alone, on storm-tossed mountain tops, only occasionally releasing their tiny, winged seeds.

Fangolians farm covenant trees in order to extract copper from the earth, since the purest copper comes from covenant trees.  It is the source of all their copper weapons and armor.  This is why they are all blasphemers who must be destroyed.

In fact, you can make a quick arrowhead simply by folding a covenant leaf a few times.

Lightning trees glow a dull orange before a storm.  It's invisible during the day, but can be quite dramatic at night.

These amulets are made from covenant seeds.  The next time you take electrical damage, you instead take no damage and teleport to the source of the damage. 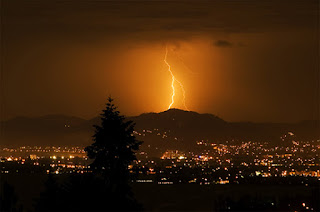 They are also called Skygazers.

These are Hesayan asthetics who have dedicated themselves to the contemplation of, and communion with, the sky.  They have pledged themselves to live out the rest of their lives on top of a small platform high off the ground.

In some places they live on top of a tall pillar, 20' in the air, or even 50'.  They eat, sleep, and pray on a tiny platform about 3' in diameter.  Their chins are always tilted up, away from the base earth and towards the mysteries of the upper air.

However, the tradition platform for a stylite is in a covenant tree, which are tall and very strong.  There is usually a second platform lower down, where petitioners can kneel while they speak to the stylite.  Petitioners who fall off the covenant tree while climbing are assumed to have deserved it. 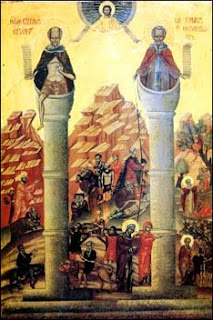 Stylites are fed by songbirds, who vomit in their mouths.  They drink rainwater, that collects on the trunk.  Although everyone agrees that their primary forms of nutrition are miraculous, stylites are also fed and watered by local villages.  It is both useful and honorable to host a stylite.

Stylites speak with the clouds.  They communicate through yoga, and the clouds communicate by changing shape.  Sometimes stylites hear messages that were carried a long distance on the wind.  Stylites always hear the Silent Bell of Saint Dorbaine, and inform their villages when they are called to secret masses.

One of the most famous Stylites is Jerannia the One-Armed, who is a frequent critic of the Pope.  The two of them often write letters to each other.

The Order of Stylites is opposed by the Order of Precipites, the cliffjumpers.

How to Use Them in Your Game

Use them as sages.  They know all sorts of stuff from talking to the clouds, and what they don't know, they can learn.

They're also holy men, so be on your best behavior around them.  They'll probably ask you questions to verify your goodness and/or knowledge of scripture before they help you out.

Or they'll ask for a sacrifice.  A whole cow, cooked and salted, along with some wineskins is a pretty considerable sacrifice.

Or go traditional; give out a quest.