Stragimen, Which Fails to be a One-Page RPG

I've seen enough 1-page RPG systems that I thought they were elegant, and so I wanted to write one, too.  I don't think I succeeded--It's like 4 pages long, but I also filled it with examples so maybe that's the problem.

Anyway, this is just a horrible hodge-podge of like, 5 different systems with only a couple of new ideas mixed in.  But whatever.  I rolled some characters this morning and I had fun doing it.

I expect most people reading this will find it fantastically boring. 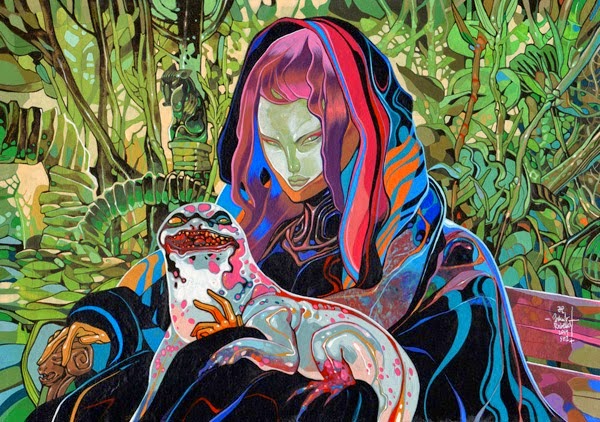 Each player plays 1 character, and each character has 3 stats.  Strength (Str), Agility (Agi), and Mental Acuity (Men).  After character creation, each stat will range from 2 to 7.

There is a 4th stat, but not every character has it.  That stat is Magic (Mag).  If the total of a character's ability scores is less than 13, the difference becomes their Magic score.  (So Magic = 13 - sum of stats).  So, to our example we would add:

Once Magic is accounted for, the sum of all stats is never less than 13.  Magic Points can be spent to cast spells, if you are a wizard.  But even if you aren't a wizard, you can still spend a Magic Point to get an extra die on a roll.  Your Magic Points regenerate every night.  More on this later.

The number of starting Backgrounds = (Men/2)+1
These are professions, trade skills, and areas of specialized knowledge.  Pick these when you create your character.  More on this later.

Always round down.  So now our example character has this as well. 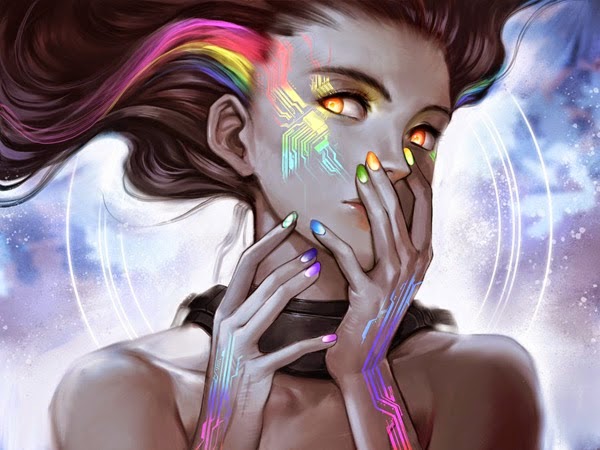 This is Another Roll Under System, Isn't It?

This is the central mechanic: Test a stat by rolling 1d10 and trying to get a result equal-to-or-less than the stat.  Treat each stat as a saving throw.  Test the most appropriate stat: Strength to resist poison, Agi to dodge a lightning bolt, and Men to resist mind control.  So you can see that our example character has a 50% chance to dodge a lightning bolt, but only a 30% chance to resist mind control.  Etc.

But that's just for passive things (like Saves, in D&D).  For active things, like attack rolls and skill checks, you do the exact same thing, EXCEPT you can recruit additional dice.  If any of these dice succeed, the action succeeds.  Here is how you recruit bonus d10s.

So you see it's pretty easy to roll a handful of dice.  You can never roll more than 5 dice at a time.  Each die that rolls equal-to-or-under the stat counts as a success, and more successes will give you a better result.  Here are the degrees of success:

In combat, don't worry about degrees of success.  Each success = 1 HP of damage to the target, with no further effect.

So, say our example Assassin wanted to kill an unsuspecting victim stumbling out of the privy.  If the assassin has a Useful Tool (a shiv) she gets +1d10 to the roll.  If the assassin has a Useful Background (Assassin), she gets another +1d10.  If she wants to channel some latent, untrained magic (spend a Mana Point), that's another +1d10.  If the target is stinking drunk (Circumstance) and/or if another Assassin helps distract the poor drunkard (Ally with Useful Tool or Background), that's another +1d10.  That's a total of 5d10 to roll!  This is an Agility roll, so our assassin needs to roll 5 or less on a die for it to count as a success (because that's what her Agi equals).  She could potentially get 5 successes!  But her average is 2.5 successes.

If this were combat, each success would equal 1 point of damage.  But if the DM wants to treat this as a skill test instead of a combat, our assassin will need to get 3 successes for this assassination to go off without a hitch.

Knowledge skills work similarly.  Each success gives you 1 piece of well-documented knowledge about a subject.  Two successes can be converted into a hard-to-find piece of knowledge, and three successes yields a bit of forgotten lore.  Libraries are almost always a Useful Tool when it comes to reseaching stuff.

HP is recovered by eating a hearty lunch or a good night's rest (each no more than 1/day).  If a character gets dropped to 0 HP, they start making Str saves.  They die after they've failed 3 of these "death saves" in one day.  Armor adds to HP, but takes up Inventory Slots.

XP should be awarded liberally.  Give everyone XP whenever they complete a challenging encounter, discover something awesome, or get paid for finishing a quest.  Give a specific player XP whenever they do something awesome, badass, or clever.  Players start at level 0, and every 10xp they level up.  The maximum is level 10 at 100xp.  A session should yield 3-6 XP per player.

You can take Advancements multiple times, but you cannot take any Advancement more than 3 times. 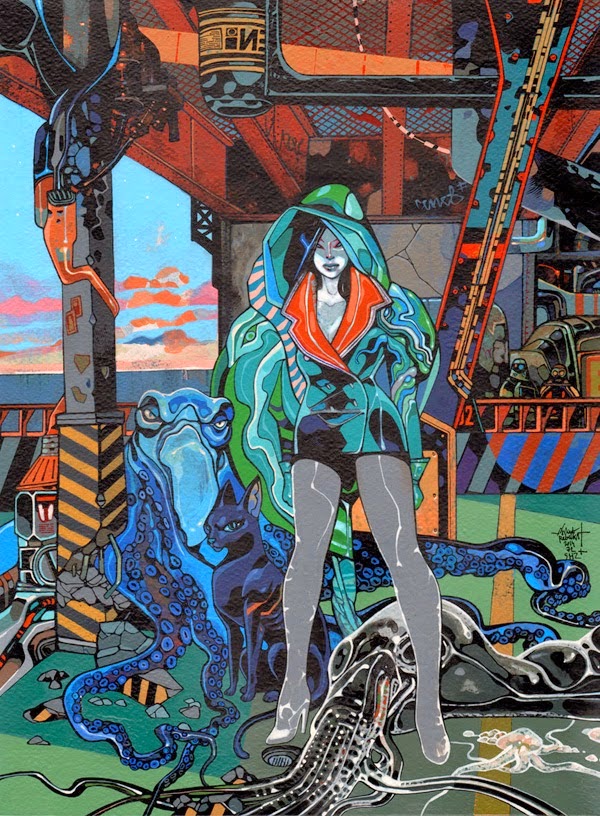 Skilled: Gain a new Background.
Traveler: +1 Inventory Slot.
Combat Reflexes: +1 HP
Lucky: 1/day, reroll 1 die.
Strategist: Deal +1 damage when attacking with a bonus die from Circumstance.
Tenacious: 1/day, the first time you would be dropped to 0 HP, instead ignore up to 3 damage of it.
Brilliant: Pick an Knowledge Background that you have.  You get an additional success whenever you test it.
Spell: Learn a spell.  Unlike other Advancements, you can learn as many spells as you want.

Fire 1
Something in 50' catches on fire.

Fire 2
Something up to 50' away takes 4 damage.  If they make a Agi test, the damage is halved.

Force 1
You have telekinesis up to 50' away.  You are limited to things that you could do with one hand wearing a mitten.  Unwilling creatures get an Men test to resist.  If you take damage while levitating something, it will drop.  You cannot pick up anything heavier than a mid-size dog.

Force 3
You have telekinesis up to 50' away.  You are limited to things that you could do with one hand wearing a mitten.  Unwilling targets get a Men test to resist.   If you take damage while levitating something, it will drop.  You cannot pick up anything heavier than a paladin in full plate carrying a backpack full of gear.  You can use this to slowly float yourself.

Telepathy 1
You send a message to a person you've met before, and they may respond in kind.  Message length is limited by whatever the player can say in one breath.  Limit 100'.

Telepathy 2
You can read a creature's surface thoughts.  If they succeed on a Men test, they are aware of your intrusion.

Telepathy 3
You can see what is behind a wall or door.  Doesn't let you see in the dark.

Light 1
You cause light to spring into existence, as bright as a torch.  It floats wherever you direct it, and lasts for 2 hours.

Light 2
All undead within 20' must make a Men test or spend the next 1d6 rounds fleeing.

Inventory slots can hold Useful Tools (weapons for combat, crowbars for breaking open doors, books for researching, etc), but they can also hold other stuff.  Armor gives you +1 HP for every slot it occupies, and you can have up to 3 slots filled with armor.  You can also have magic items (potions, wands).  I urge DMs to supply players liberally with single-use magic items.  Permanent artifacts should be rare, or non-existent.  Items can also be treasure items that need to be hauled back to town and sold for gold.  Gold coins are massless and weightless and 100% convenient.  Don't worry about how many slots they take up.

Items that don't fit any of those categories (Useful Tool, Armor, Magic Item, Treasure) is considered trivial and you can carry it without it occupying an Inventory Slot.  Within reason, of course.

Confession time: I actually dreamed this up while trying to think of a super-simple system for an eventual Axis Mundi game.  (I've sort of abandoned that idea--I think I'd just use a severely mutated B/X hack nowadays.)  But if you want to convert this into a sci-fi system, make the following changes.

2. No XP.  No levels.  Instead, Advancements are items and mutations that are earned/found/stolen in the course of your journey.  Knowledge backgrounds come from reclaimed memories, additional HP comes from muscle grafts and redundant heart implants. 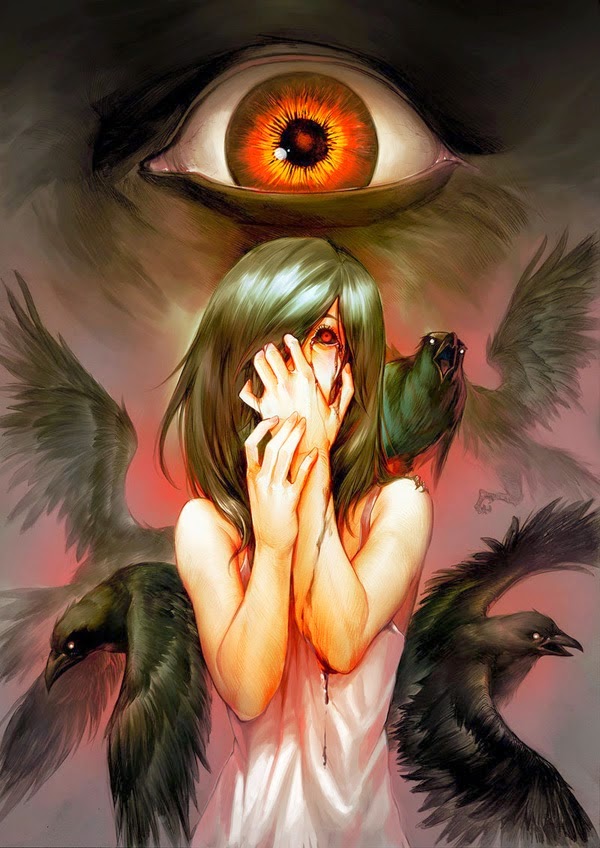