Inspired by a sweet picture over at Dungeons and Drawings, those mayfly fairies I wrote up that one time, and this video about cicadas. 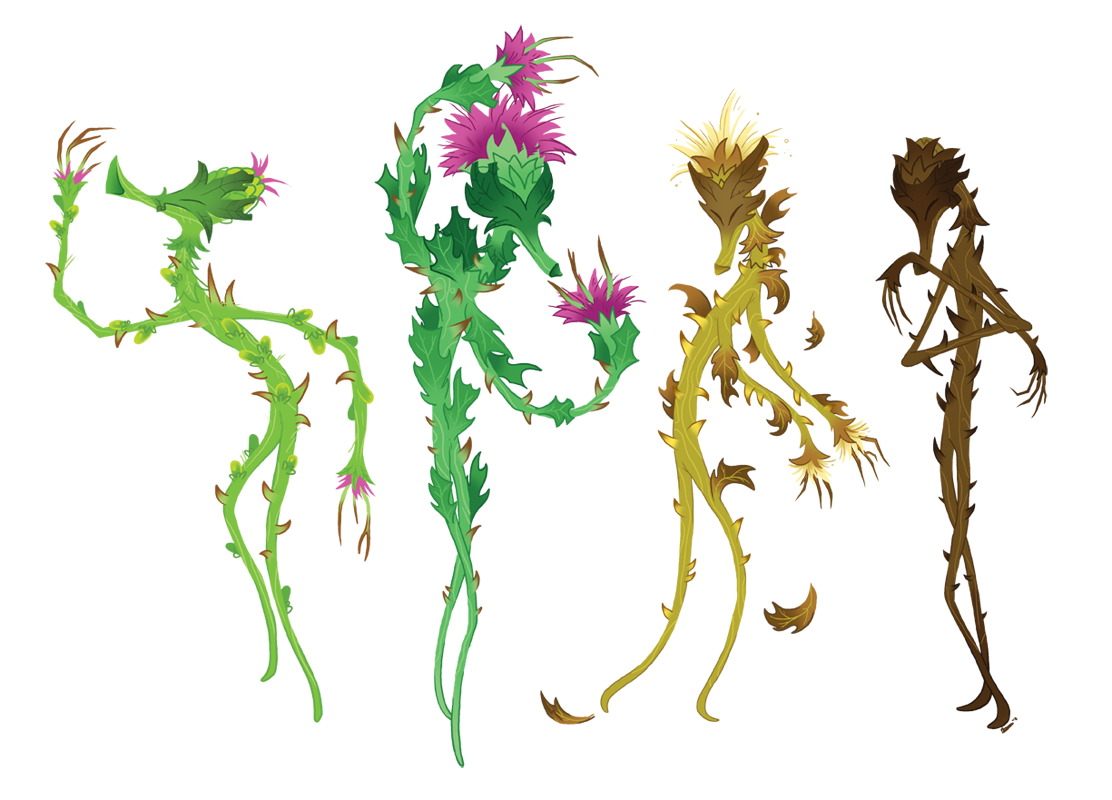 My goal here was to create a player race that was all about depleting a non-renewable resource and then dying.

Brackles are plant people that live in forests.  They are born in the spring and die in the winter. Because of this, they are only suitable in a campaign where the DM keeps track of the weeks and the seasons.

They have angular faces with no visible eyes.  Their mouth resembles a beak.  While most of their body has the same proportions as a thin, wiry human, their heads are frightening clusters of thorns.  Despite their freakish heads, they are gentle creatures.  They sleep in trees, especially willows.  They call to each other by vibrating their heads.  It sounds a bit like a cicada.

They are hermaphroditic.  Brackles are born with approximated memories from their ancestors, so they remember basic history, geography, and language.  They even remember some of their parent's close companions and enemies.  (Woe to the man who angers a brackle--he may have a dozen more seeking revenge next year.)  They are fond of forests but tend to hate elves, who they see as impatient, inflexible, and terrified of change.  (They hate ents even more.)  Brackles are about moving, living, acting, doing, and dying.  They have healthy appetites, and get really excited at the prospect of drinking fresh water. 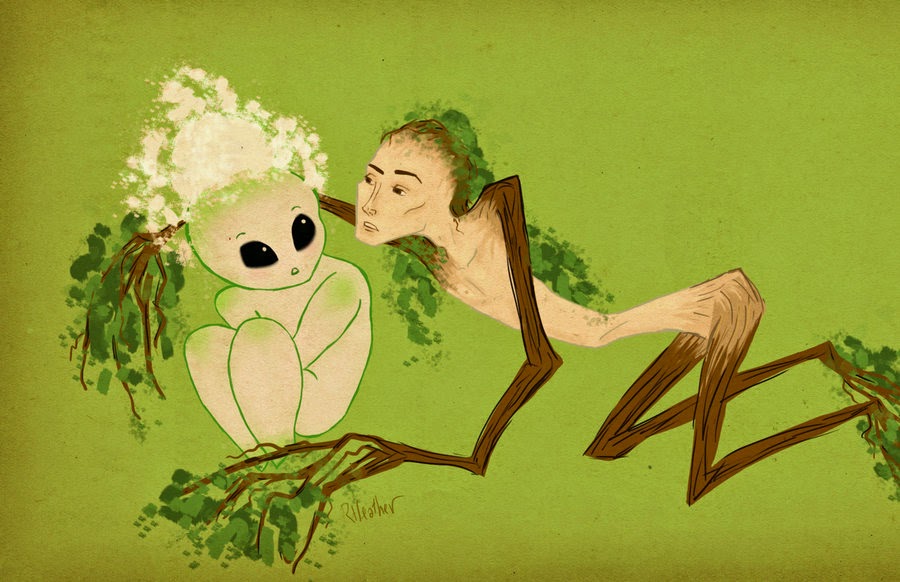 Despite (or because of) their short life span, brackles tend to be very focused on the future.  Most of them are concerned with only the future viability of their offspring, but some of them travel widely and take up other causes.

Each brackle is born anew.  (And PC brackles always start at level 1.)  They usually imitate their parents, so if a wizard brackle will spawn more brackles that will probably want to be wizards themselves.  But they're flexible, and will practice whatever craft pleases them.  Some of them live in cities, briefly, but only until the fall when a powerful instinct drives them to travel widely to plant their seeds.  (This is also when they grow wings.)

Nearly all of them write poetry.  A lot of it is quite good.  (Not poetry like sonnets, but poetry like haikus.)

Centuries of past incarnations are remembered in brackle brains, like half-remembered dreams.  When two brackle meet, they often discuss their memories to see if they share some ancient ancestor.  But they exchange pollen first, of course.

Brackles don't have cities, but they do maintain a few holy sites for their old pagan religion.  They cluster around these monoliths at the start of winter and then all die together, forming a miniature forest of dead brackles.

Not all of them are pagans, and missionaries have brought many of them to the Church.  Quite a few brackles will approach a Church at the start of winter, in order to donate their worldly possesions and die politely in the graveyard. 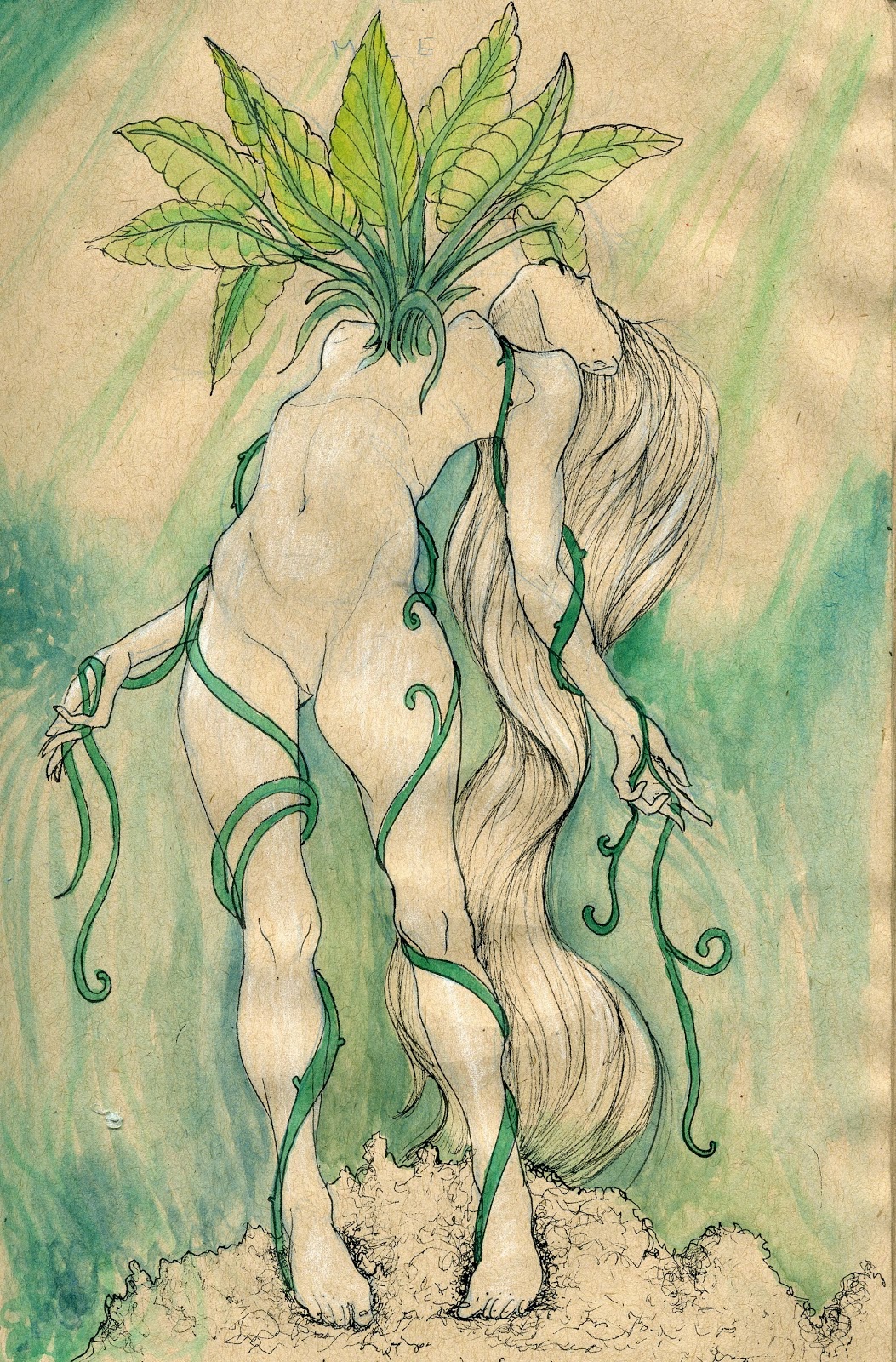 Each brackle is born with 3d6 razor-sharp needles from their heads, which they can shoot as accurately as arrows.  The thorns deal 1d8 damage on a hit (except for Winter, see below).  Once fired, these needles can never regrow.  But on the upside, they never count as inventory items.

They have different racial abilities based on what time of the year it is.

In the Spring, brackles still have their baby scream, much like a mandrake.  They usually busy themselves learning as much about the world as they can.  Although they might speak perfect Common and have a head of their parent's memories, they might have forgotten what a cow is called, or that fish exist (followed soon after by the happy discovery that fried fish are delicious!)

In the Summer, brackles develop a wide range of horrible pollens.  They also develop brilliant plumage from their heads and shoulders.  This is also when they seek out other brackles for pollination.  Brackles compulsively pollinate each other when they meet.

In the Fall, brackles travel far and wide in order to plant their seeds in good locations.  They are very instinctual creatures.  They develop wings in this phase, and most of them are elated by the ability to fly.

In the Winter, many brackle have nothing else to live for, and so they lie down and die.  Brackles that are adventurers sometimes stick around to help their friends or a particular cause.  They are so close to death.  They feel like they are dead.  These brackle can be very selfless, and will not hesitate a second to sacrifice themselves for the greater good. 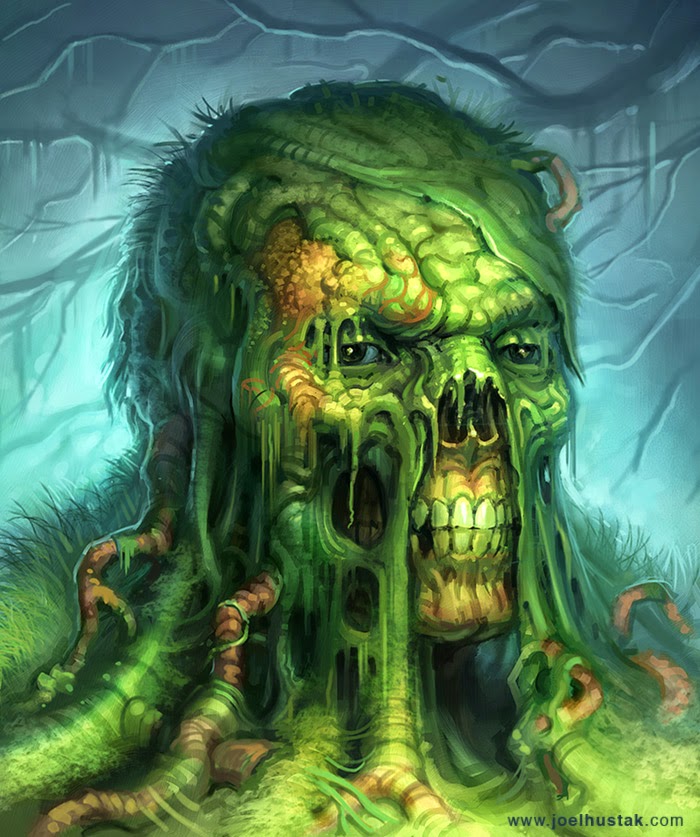