I'm using a flexible MP system instead of spell slots (1 MP = 1st level spell).  And also, nearly all spells are first level spells that can be promoted into more powerful forms by spending more MP on them (equivalent to preparing them in a higher level spell slot).  A fuller discussion is here.

Here's the Necromancer.  They can raise undead minions, which is flipping sweet, but when they use a spell to raise one, the MP (spell slot) remains expended for as long as the undead is a minion of the necromancer. 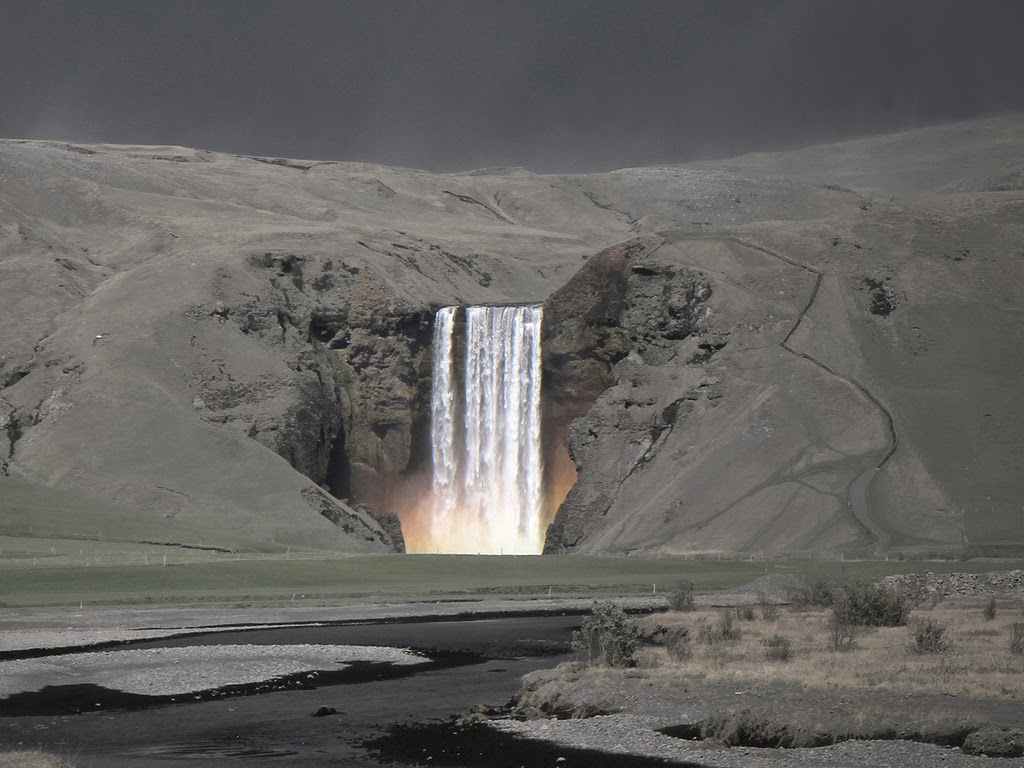 Masters of undead minions. All three basic types of minions are flawed: Skeletons cannot recover lost HP in any way, zombies can be healed but their maximum HP erodes by 1 HP every day, and skin kites have a cumulative 1% chance of going berserk every day. The two kinds of advanced minions are better, but still have drawbacks. Poppets require your blood, while the crack zombies eat themselves to death in just a few rounds.

Perks
Drawbacks
spells 1-10 are ones you potentially start with, 11-30 are the ones you find on your journeys. 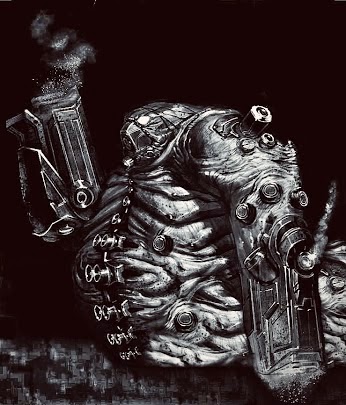 And here's a selection of the more interesting spells:

R: touch T: corpse D: permanent
This spell takes 1 minute to cast, must begin within 1 round of the corpse's death, and requires reagents costing 100s (usually bat's blood, colloidal silver, and a Small vial). The brief ritual produces a blood-red elixir imbued with the knowledge of a random spell that was in the corpse's mind at the time of his death. If drunk, the spell is transferred to the drinker's brain, who is then free to either cast it or add it to their spellbook. Obviously, this spell has no effect on corpses who didn't have any spells Prepared at the moment of their death.

Call to Restless Spirit 1 Mana
R: dungeon T: - D: 0
You call out to restless ghosts. The call goes out throughout the entire dungeon, building, graveyard, battlefield, or whatever. If there are any aggressive ghosts or incorporeal undead anywhere in the dungeon, the nearest one will answer your call.

If there are no aggressive spirits, the nearest restless one will appear. Restless spirits usually want someone to deliver a message to a loved one, or to bury their corpse in a proper graveyard. If it is placated, usually by bundling up a mouldering skeleton in someone's Inventory, it will answer 1d6 questions about the place. (If there is a corpse of an adventurer in the dungeon, you have at least one restless corpse. But a particular dungeon may have more, or it may have none.)

Detect Undeath 1 Mana
R: - T: - D: constant
When you have this spell Prepared, you can activate it to determine if something is alive, undead or neither. 50' range.

Essential Salts 1 Mana
R: touch T: corpse D: permanent
This spell takes 1 minute to cast, must begin within 1 round of the corpse's death, and requires reagents costing 100s (usually ash from holy books, black salt, and a Small jar). The brief ritual produces a heart-sized pile of crystallized ashes, which contain the soul of the recently deceased.

Reversed: Call to Captured Spirit – This is a 1 hour ritual that requires only a fire. The soul contained in the salt is called forth, and can be conversed with freely while it is manifested within the smoke. Each spirit has a characteristic type of smoke, and they vary by color, density, odor, etc.

You have no special power over the spirit. All you can do is talk to it, although it the spell prevents it from leaving or from ignoring you—it must respond to your questions with something. Spirits that opposed you in life will continue to oppose you. If there is nothing that the spirit cares about anymore, it will be difficult to motivate. Some spirits are naturally helpful, some are perpetually stubborn. (When in doubt, roll a reaction roll.)

You can converse with the spirit for up to an hour, unless you wish to dismiss it earlier. The salts can be recovered from the ashes of the fire with a simple process. However, if the salts are scattered, or if a single drop of holy water touches them, the spirit will depart forever.

Explode Undead 1 Mana
R: 50' T: undead D: 0
If the target corporeal undead fails a Save, it explodes, dealing 1d6 damage to everything within 20', Save for half. No effect on incorporeal undead. No effect on undead with greater than 4 HD. +1 MP: +2d6 explosion damage, and +2 maximum HD.

Exterminate 1 Mana
R: 50' T: 20' diameter D: 0
Everything in the area take 1 damage, no Save. Swarms in the area instead take 2d6 damage, Save for half. Alternatively, this spell can be cast over 1 minute, which will allow it to kill all vermin in a house, including rats and fleas. +1 MP: +3d6 damage to swarms.

False Death 1 Mana
R: 0 T: creature D: 1 day
Willing creature dies. While dead, it does not rot (see gentle repose) but has no similar protection against being dismembered, eaten, or buried. When the duration has elapsed, the creature returns to life in exactly the same condition that it left it. You can set the spell to have a shorter duration if you wish. +1 MP: Duration extends to 1 month.

False Life 1 Mana
R: 0 T: creature D: 1 minute
Target creature gains 1d10 HP, which does not allow it to exceed it's maximum HP. Record this number. When this spell ends, the creature takes damage equal to the HP it gained.

This spell can even be used to (imperfectly) resurrect creatures that died within the last round with 2d6 HP. Creatures that are resurrected this way die permanently at the end of the spell's duration. The spell ends early if the creature notices that it is dead (no heartbeat, slashed jugular). +1 MP: +2d10 HP.

Kill 1 Mana
R: touch T: creature D: 0
Make a touch attack and then roll 1d10. If the amount rolled is greater than or equal to the targets remaining HP, the target dies, no Save. Otherwise, this spell has no effect. +1 MP: +2d10 rolled.

Rot 1 Mana
R: 50' T: object/creature D: 0
Target takes 1d6 damage as part of it darkens and rots. No Save. Can be used to rot out a center section of a wooden door wide enough for passage, or rot the shaft of a wood-hafted weapon. Doesn't work on anything immune to rotting. (So a zombie would be affected, but not a mummy full of preservatives.) 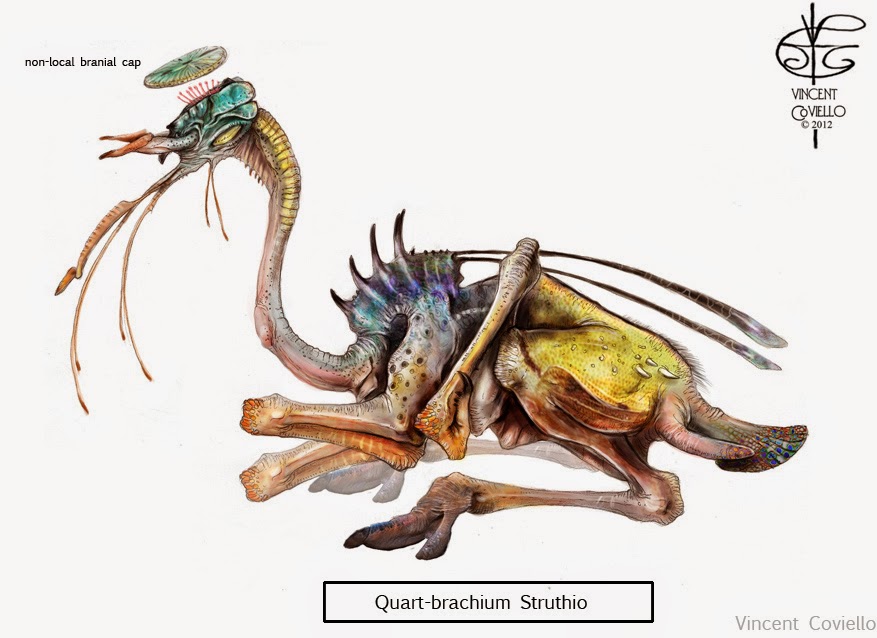 And because I figure that the biggest appeal of being a necromancer is bossing around zombies, there are five different kinds of undead you can raise, and a few interesting spells that you can use on them:

You guys get how it works, right?  A 1 HD zombie costs 1 MP (a 1st level spell slot) for as long as it around.  A 3 HD zombie costs 2 MP (a 2nd level slot).  And of course, you need to get those corpses in the first place.  All the undead (except the poppet) have some sort of planned obsolescence baked into them, so you can't keep them around a long time (or you won't want to).

Raise _____
R: touch T: corpse D: permanent
Spells that raise undead have a lot in common.  Exceptions will be noted under the individual spell.

The spell takes 1 minute to cast.  It creates a 1 HD undead, unless the corpse came from a creature with fewer HD.  The spell requires reagents costing 10s per HD, usually in the form of black peridots and silvered coffin nails.  Any wizard can raise undead, but only Necromancers can control them (pXX).  Undead have attack bonuses equal to their HD.  None of the undead listed below are capable of speaking.  +1 MP: +2 maximum HD.

Raise Autophage 1 Mana
R: 50'
Autophages look like zombies on crack. They twitch so violently and move with so little coordination that they literally tear themselves apart. Theya are constantly eating themselves and fidgeting.  An autophage uses d12s for HD, has AC 10, Movement 12, and does 1d4+HD damage. It takes damage each round equal to its HD, and is incapable of standing still or being quiet. +1 MP: +2 maximum HD.

Raise Poppet 1 Mana
T: parts from 10 corpses
A poppet is not created from 1 corpse, but from the leftovers of at least 10 corpses whose HD is irrelevant.  (Any fewer will result in an insane poppet.)  It's appearance depends on the exact parts that went into its construction. Poppets are the only undead that show signs of emotion. They watch you while you sleep. A poppet uses d4s for HD, has AC 12, Movement 10, Stealth 10, and does 1d4+HD damage. It also does +3 damage when it attacks an unsuspecting target. Each day, a poppet must be fed 1 HP of your blood for every HD it possesses, or else it crumbles away into powder. +1 MP: +2 HD.

Raise Skeleton 1 Mana
A skeleton has AC 14, Movement 9, and does 1d4+HD damage. They can wield a weapon, if given one. There is no way to restore HP to a Skeleton once it has been lost. +1 MP: +2 maximum HD.

Raise Skin Kite 1 Mana
A skin kite uses d4s for HD, has AC 12, Fly 12, and attaches to a target on a successful attack. While attached, it automatically deals 1d4+HD damage per turn. Although they lack sentience and emotions, skin kites are about as smart as a well-trained dog, and are capable of remembering locations, people, and names. Each day, a skin kite has a cumulative 1% chance of going berserk, usually at the worst possible time. +1 MP: +2 maximum HD. 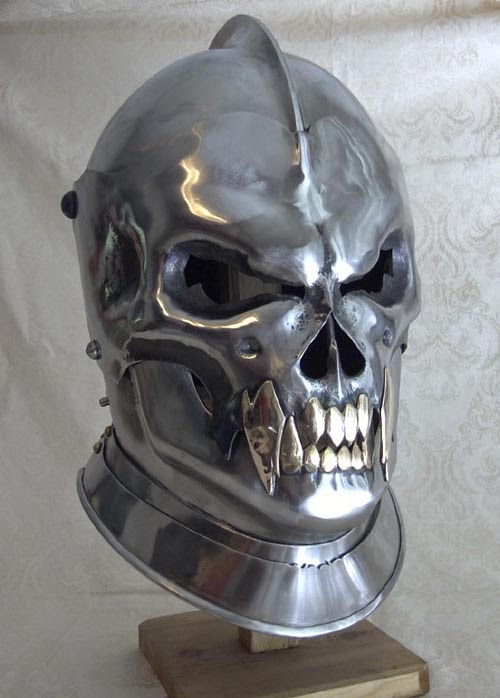