So here's a fun game to play with your favorite game.  Look for ways to reduce the memory burden.  Look for ways to erase things from the character sheet.  Look for ways to strip the complexity from combat without removing any tactical richness, because a lot of that cruft doesn't add anything except time.  Complexity is a cost, so what are you buying?  Can you purchase it cheaper?

Anyway, this is my attempt to get rid of XP. 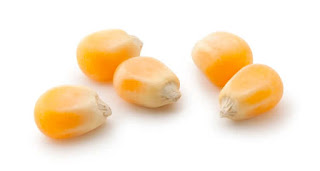 Treasure is worth money, and that's nice.  But not all treasure is Treasure.

If  you have a Treasure, it's always worth 1000 sp.  Each piece of treasure is worth one level-up at the end of the session, awarded to a single player.  If four players find two pieces of Treasure, then half of them will level up this session.  (This is the only way to gain levels now.)

Once treasure has been identified, you have an Awards Ceremony, where the level-up is awarded to a player in a semi-random fashion.

Sometimes Treasure is identified as soon as the party sees it.


"This is black ambergris, dug from the stomach of the living mountain."

"This is the Ruby Eye of the Pain God, plucked from his principal idol."

Sometimes you gotta haul the Treasure to a sage and ask them what it is.


"This is a golden freedom collar, given in ancient Cheox when a slave won their freedom, usually for saving their master's house.  They didn't make many of these."

Treasures don't have to start with "The", but it helps.

Whatever you choose, though, it should be simple to identify the Treasure.  Don't make them jump through hoops--they jumped through enough when they pulled it out of a dungeon.

There's two reasons for this.

First, a dungeon tells a story through its items, and there are few items that players pay more attention to than treasure.  Even more-so when we're talking about Treasure.  This allows you to bring the history of the dungeon front and center.  It gives you a soapbox for you to tell you dungeon's backstory.  (And all DM's love telling their dungeon's backstory.)

Second, identifying the Treasure in town is a good way to keep the focus on the dungeon, rather than the town.  (If you're doing gold for XP, the dungeon is where the game is.)

Games already have plenty of systems in place for players to sell the Treasure.  I will add that Treasure is never intrinsically useful, except as something that can be sold for a high price.  A huge ruby is the quintessential Treasure.

Although, you certainly don't have to sell the treasure.  You can always just keep the crown for bragging rights.

This takes place at the end of the session.

First, everyone votes on who most helped the party achieve their goals. They get a d12.

Next, you do the same thing for the runner up.  They get a d6.

Make a big deal when you award them their shiny d12 or d6.  Pretend that you are at an awards show. Be explicit about why they earned this.

The point of this is (1) to recapitulate how the party overcame their challenges, (2) praise people for being good at this game, and (3) teach ourselves how to be better at this game.  This is how we talk about what is tested, and what tactics proved to be most successful.  This is where newbies learn what the table expects of them.

Then everyone rolls their dice.  Whoever rolls highest will level up.  If there are multiple Treasures being cashed in, the second place roll gets a level-up, and so on.

If multiple players tie for the highest roll, they all level up and gain a Player-Player Bond.

If a character is at least level 4, they can choose to donate their level to another, lower level PC.

Additionally, once you level up, you can add that Treasure to your title, as in "I am Morbo, who stole the Masterful Mirror from the Crab Queen."

There are a couple of nice things about popcorn leveling.

First, you can now make the Treasures into the big, shiny rewards that they deserve to be.  The jeweled eyes of a giant idol might be a Treasure.  The lich's golden crown could be a Treasure.  A dragon might have several enormous gemstones in their hoard--each one a Treasure.

Players often respond well when goals are painted bright red and surrounded by flashing lights.  A dungeon where every room holds a small amount of treasure will feel very different than a dungeon where the purple wurm wears a diamond collar (and the players know that getting the collar off the purple wurm will result in one of them gaining a level).

I guess I'm also arguing against dispersed, smaller sources of XP, which is a slightly different argument, isn't it?

Second, this makes it easier for the adventure designer to stock a dungeon with an appropriate amount of loot.

Example: every floor of the dungeon is stocked with. . .


Some groups will be unhappy at the amount of RNG that is incorporated into popcorn leveling.  XP is the most salient reward for good play, and is one of the primary motivators of player behavior.  It's not much work to track a single sum of XP, so why should we leave it to chance?

It's a good point, and I don't really have an answer to it.  Popcorn leveling might be a nonviable idea.

The enjoyment/hatred of popcorn leveling is going to enjoy on a group's tolerance for chaos, exuberance for big fucking treasure, and appreciation of a simpler character sheet.  XP might be a dissociated mechanic, but it is a well-tolerated mechanic, and people certainly don't complain about XP very much.

And even if you hate popcorn leveling, there's still a lot of parts of Treasure that are worth importing into your home game.
Posted by Arnold K at 1:25 AM