Stat Squish and the Lawful Roll

People have criticized the GLOG thus:

"For a game that says that stats don't matter very much, they seem to matter a lot.  Since so many things are decided by rolling under a stat, and stats vary so much, your starting stats matter a lot.  This reduces the impact of good gameplay."

FIRST OF ALL: a lot of that comes down to how often your DM asks for stat checks, and how often the players work to bypass situations that require stat checks.  (This is all your fault, not mine.)

This is not something that I am unaware of.  After all, this is why I've been asking for stats to be generated with 4d4 instead of 3d6--to have a lower standard deviation.

1. People hate rolling 4d4.  That sacred cow has too many hit points, man.

2. There's still a lot of starting variation, even with 4d4.

It's pretty common for one character to have a 14 and another character have a 6.  That's a 70% chance competing against a 30% chance.

I'll admit that this is a matter of taste.  A lot of DMs and players are comfortable with that high level of variability.  A character that has one exceptionally bad stat often has other stats that make up for it.  Or it's okay to have one shitty character, because other characters in the party will compensate for them.

But think about this: why have that variability there in the first place?  What do you gain by it?

1. Your stats tell a story about your character.  Many players (myself included) first start to get a feel for their character during the process of rolling stats.  It's like turning over Tarot cards--each new dice roll reveals me more about my character's abilities, goals, and personality.

2. Your stats help you qualify for (and synergize with) certain classes.  Wanna be a wizard?  Well you better have good Int.

3. Your stats help your character feel distinct during gameplay.  If you are playing a burly barbarian, you expect to have a easier time jumping over a pit than an asthmatic wizard.  When you succeed on your jump, and the wizard fails, this is reinforced.  If the opposite happens, the narrative feels inconsistent, and it feels bad.

1. Minimal effect.  A Str 14 is just as exciting and descriptive as Str 18 used to be in the old system.

2. I sort of hate synergies.  Game B is preferable to Game A in this regard.

3. Game A might be ruled superior here, since the mechanics reinforce the fiction that we expect.  The barbarian outjumps the wizard 90% of the time instead of 75% of the time (percentages are speculative).  But I would argue that a more unpredictable world is potentially more exciting, since the wizard has more chances to surprise you with his jumping acumen.  And anyway, I have another solution with the Lawful Roll, below. 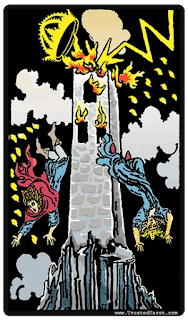 First, I'm switching to roll-over for a while.  (I may switch back; I'm fickle.)

Second, ability scores are rolled with a 3d6, then divided by two (round down).  This is your bonus.  Everything is bonuses.

Throw the ability score in the trash.  We only track bonuses now.

The DC for everything is 16.

By the way, this is functionally identical to the system of ability scores and bonuses that has persisted from 3rd edition all the way into 5th.  You can wiggle around with DCs and proficiency, but it's the same beast: every 2 points you gain in a stat gives you a +5% chance of success.

Since we want a stats to have a smaller contribution, we have succeeded at our design goal.

There is one tremendous advantage of roll-over that people don't use very often.

The barbarians might have Str +8 and the wizard might have Str + 4, and that might not matter much on a d20, but it matters a lot more on a d10.  So in situations when the DM wants to call for a roll that has less randomness in it (and stats are weighted more heavily), the DM should call for a Lawful Roll (as opposed to the usual roll, which is a Chaotic Roll).

Let me prove it to you.

This is a useful tool for DM's to have in their toolbox, because some things are more random than others.  Rock Climbing is more random than arm wrestling, even though I would use a Strength roll for both.

As a bonus, the Lawful roll is identical to a roll-under using the bonus as the target number.  (+8 = 80% chance of success.)  This is nearly identical to rolling under the non-squished stat with a d20, so in a way, we're right back where we started.

But What About Roll-Under?

I'm not interested in discussing the merits and pratfalls of a roll-under system compared to a roll-over system.  I've lost sleep thinking about this and I guarantee I've already considered all of them.

I think I'm going to completely purge roll-under from the GLoG, and yes, it does feel like a betrayal on a fundamental level.  And if you think angst is not appropriate for a discussion about dice mechanics, you obviously don't know me very well. 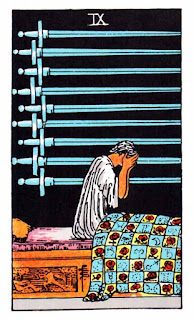 Aura of Idiocy
Anyone within 5' of an idiot bird must save or fall into an idiot rage (as the spell) except even dumber.  All you can do is make "WAWB WAWB WAAAAW" noises and attempt to break/kill things with your bare hands.  If you succeed on an Int check, you retain enough awareness to use your weapons instead of your bare hands.  The effect ends as soon as you move 5' away from the bird, the bird dies, or the bird stops making its stupid noise.

Idiot birds look like obese cormorants.  They are six feet tall and smell like fruit and dog shit.  They appear in groups of 1d4+1.  You can hear them a mile away, because they never shut the fuck up.
Posted by Arnold K at 12:18 AM