Crows are the favored pets of witches, and so their kites are made primarily from crows.  They are sometimes confused with smirches (dire crows).

This doesn't have to be the case, of course.  It is said that a witch can make a kite from any flying thing, as long as it loved her and no other.

It is a common misconception to think that they are undead, or that they are somehow mindless.  Although they seem ghastly and otherworldly, they are flesh and blood.

They are only ever constructed by witches, because witches have wombs. 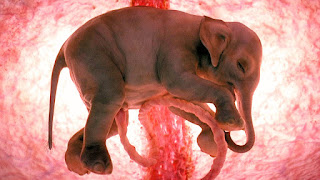 A man cannot be a witch, because he does not have a uterus.

<digression>There are, of course, exceptions.

The generative process (the second, vegetable soul) has produced every conceivable arrangement of the sexual organs.  There are rumors of boys born with internal wombs.  And of course, phenotyphical men have gained wombs from certain ecliptic rituals, or from their patrons.</digression>

The Church teaches that while the vagina is sexual, the uterus is spiritual.  After all, it is the womb that receives the soul that is sent by Zulin to populate the body of the developing embryo.

However you explain it, the uterus is doing an impressive feat: growing and differentiating tissues while simultaneously installing the remaining 5 souls, each installation occurring approximately two months apart.

<digression>This is not how eggs work, which explains their very different properties.</digression>

<digression>Growth, by itself, it not impressive.  Even stones will grow at the proper confluence of leylines, and they only have the first soul--the mineral soul.  This is where mountain ranges come from.  See also: Round Mountain.</digression>

The part of the uterus that collects the incipient soul is called the perimetrium.  This is why different sexual positions can affect the nature of the resultant creature--different positions affect the sacred geometry of the perimetrium, which likewise affects the characteristics of the souls it is able to attract (or retain).

For example, it is known that those conceived in the rear mount position are predisposed towards shamelessness, vandalism, and scurvy.  This is why the Church discourages it.

There is even the chance of entrapping 'souls' that are not human souls at all, and are incompatible with the other souls and tissues.  These are spirits, demons, angels, and all the sundry pseudofauna of the ethereal plane.  Accidental incorporation is the prime cause of stillbirths and birth defects, and it is why such things are quickly burned and buried.

More than any of the body's organs--except for the brain--the uterus touches on the ethereal plane.

A uterus is an immensely powerful tool in the hands of a witch.  Like all tools, it can be turned from its original purpose (receiving godly souls sent by Zulin) and towards darker intentions.  It can be a net used to capture spirits.  It can be a sieve to sift through them.  It can even be a garrote, or a scalpel.

This is why so many hags and witches choose to grow larger: more room for more uteruses.  The witches that are most successful at this endeavor are able to achieve thousands of conceptions in their lifetimes, and hundreds of births.  Souls and newborns are powerful currency to witches.

And that is why you will often find hundreds of infant skeletons beneath the floorboards of a witch's house.

They were crows before their consumption and second birth.  Now they are something else.  They've been shuffled.  A little less crow, a little more human, a little something else the crept in around the edges, like a tree root into a cracked pipe.

They have no legs, and so they cling to the sides of trees with their tiny talons, or hang upside down from ceilings.

Their wings do not touch the air.  Instead they fly by shifting their wings to catch different etheric (intangible) currents.  It's similar to how a ship angles its sails to catch the wind, except in this case there are multiple, overlapping, non-interfering winds.

It looks a bit like a four-winged bird rapidly alternating between yoga poses.  If you were to catch one and pluck it, you would find nothing except feathers, more feathers, and bones (not all from the same bird).

And each pose catches a different etheric wind, throwing the bird in another direction, or with a different type of angular acceleration.  Open all four wings wide, face vertical, and the bird can hover.  They don't travel fast, but no other flyer can change direction as fast as them.

They do not eat, and instead sustain themselves by watching meat decay.  The larger the decay, the faster they are fed by watching it.

A day's worth of sustenance might be gained by watching an elephant rot for 10 minutes, or a full 8 hours of a weasel slowly bloating in the sun.

Shadow -- When a witch kite's shadow passes over you, you take damage at the end of the witch kite's next turn.  The damage manifests as scratches on your most vulnerable body parts, as if delivered by an enormous crow's talons.  The amount of damage depends on the light.

Suicidal Impulses -- If a witch kite flies under a creature's legs, that creature must save or attempt to kill itself as quickly as possible.  This usually takes two rounds (one round to fuck yourself up, and another to finish the job) unless that person isn't carrying weapons for some reason.  A person gets a save at the start of each round (beyond the first) to end the effect.  An animal (or someone with animal-level intelligence) gets a save at the start of each hour, instead.

Tactics: Witch kites like to fly higher than arrow range.  They like to use their suicidal impulse ability against a party's animals (since donkeys don't get to make attacks of opportunity).

Witch Kite Cloak
When flared, this cloak launches you upward at 50' per round.  It offers no protection against falling.

Adamantine Ouroboros Necklace
This 5' length of steel chain is as thin as a piece of string.  There is a carved serpent head at each end.  When the two heads are brought together, they bite each other's jaws and lock together.  They cannot be separated except by thing capable of breaking adamantine.  One command word causes the jaws to unlock.  Another command word causes the necklace to each itself, severing whatever it is attached to and causing itself to disappear.
Posted by Arnold K at 1:23 AM