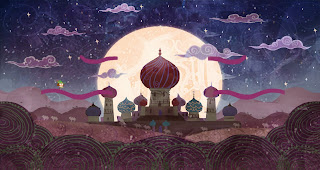 1. A dust eater.  Smears of brightness stain his lips.  His rags whip in the wind as he slouches between the pyramids.  He will beg for money, or steal it.  If you command him to lick the dust from your feet, he will have no choice but to obey.  That is his curse.  You may beat him (and most do), but if you kill him, he will return to haunt you.  That is also his curse.

2. A wagoneer.  His wagon is painted a monochrome white, except for three brown lines in a circle, which represent the lines of ones palm.  His camels have delicate brown eyes; his guards sing to them as they walk.  The camels can drink seawater safely.  In a locked chest, the wagoneer keeps a dozen mandrogi; they set up camp each night, rustling between the wheels.

3. Nameless.  They have forgotten who they are.  You will forget them when they leave (unless they wrong you).  They are cursed by a member of the Princemaker's Guild.  They usually have a book they carry that suffices as their memory.  They might be an assassin, whose book tells them who to kill. It may even tell them why.

4. Swordmaster.  They pierce their ears with tassels for their victories. They duel each other when they meet.  A crippling defeat (struck three times without striking your opponent once) means that a swordsman must become the slave of the victor until the next full moon.  Most of them travel with a painter.

5. A prophet.  They follow the laws of the Celestial Lottery.  They read the secret messages of the sand and the leaves.  Sometimes they go to a certain city and give a great fortune to an apparently-random cabbage seller.  Sometimes they approach a seller of dogs and offer to become their slave.  Sometimes they kill.  Through all of these seemingly random actions, they are never questioned, never arrested. It is understood that they are following the secret commands of Heaven.  Sometimes they wander into other countries, where they are executed as madmen.  It is known that anyone who impersonates a prophet is stuck down by cruel miracles. 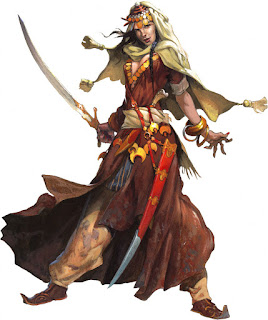 No Booze
Abasinia is a dry nation.  Intoxicants are forbidden.  Even delago (basically tobacco) is punishable by the removal of fingers.  The only exception is the dust of the lotus, which is eaten in great amounts.

Fashion is usually simple and severe, tending towards whites, blacks, and pale colors.

Shangalore and the Burning City

Once, Abasinia had a different capitol.  An entourage from the Church in the south came, and stated that their god (the Sky God, the Truth, the Authority) was greater than the gods of Abasinia (the Celestial Serpents).  The local priests disagreed.

They went before the king to contest their gods.  The foreign priests prayed for a sign of the superiority of the Sky God, and they were given one.

The High Temple of Abasinia sank into the ground, and fire erupted from between the cobblestones.  The whole city burned.

The people fled with ashen feet, and created a new capitol near the coast.  The new capitol is called Shangalore.

The Princemaker's Guild struck the old city's name from the Celestial Books.  It's name was forgotten from the mind's of men, for the safety of all. 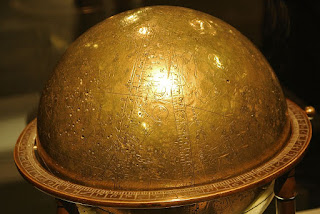 It is a syncretic mix of the Church's teachings and the local Celestialism.  In the years since founding the city of Shangalore, Abasinia has since distanced itself from the Church, and now exists as an independent religion.

Qanats and the Secret Highway

The great city exists in a shallow valley.  It's vast fields and farms are watered by qanats.

The greatest and longest of these qanats is called the Secret Highway.  It was dug over three generations, and runs over 100 miles between Shangalore to the Mountains of Consequence.

If you do not wish to walk atop the dunes, you may walk along the Highway.  The toll is too steep for many travelers, but it is safe and the water is cold.

In Abasinia, the power of Names is still known and practiced.

The Namesmiths of the Guild create new Names and write them in the Celestial Books (which exist only in the wind--the Namesmiths write in the air with their moving fingers, and then move on).

If you are given a Name, and speak it, everyone will recognize it.  It is impossible to fake a Celestial Name--it doesn't have the same resonance.

Nobles and other people of import are given names as rewards.  Other Names are used as currency--some merchants trade Names between themselves instead of promissory notes.  As a form of currency, they are subtle, weightless, and discreet.

The least of Names is worth about 1,000 gp, while the greatest names are worth many tens of thousands.

Names are both a form of titles as well as a form of currency.  They cannot be stolen, only given away willingly and without duress.  Upon death, they might transfer to a designated inheritor or revert to the Princemaker's Guild. 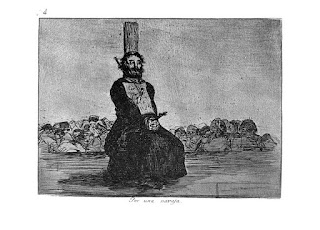 To the east is Charcorra.