This is a continuation of my ecosystems for the bug collector class.  You can't be a bug collector without bugs to collect, can you?  Detailed here are the Desert, City, and Tundra ecosystems.

Desert Badge: +2 to save against blindness and or light effects.

City Badge: You get +1 to hit with quarterstaffs and butterfly nets.

Tundra Badge: Your max HP is increased by 3. 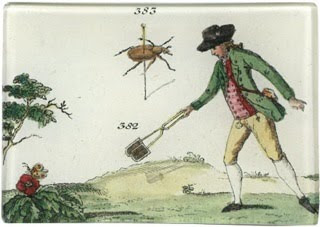