So, way down south, in the antarctic extremity of the Centerran continent, you'll find a land called Langa.  Most maps will only list a single city for this place: Ba Dwai La.  (baw dwight-minus-the-t law, accent on all  syllables).  Ba Dwai La is bilocational, since the same city also exists on the moon, and is one of two places on Centerra that have any interaction with lunar cultures, languages, and ethnicities.

Centerra has invasive species, too, and the Langan peninsula (about 2/3 the area of the Iberian peninsula) is a classic example of what happens when a lunar biome invades a terrerestrial one, and how the two ecosystems have adapted to each other.  This resultant biome is called a mismera.

At the bottom of a terrestrial food chain are plants, which get their energy from the sun via photosynthesis, and get most of their dry mass from the air via carbon fixation.

At the bottom of a lunar food chain are tafula, which get their energy from atmospheric discharges (lightning) and the ionosphere (the aurora australis).  They get most of their dry mass from the air via carbon fixation, but many tafula also grow silicate exoskeletons.

Consider how a tree is "designed" according to it's needs.  Trees need sunlight, so they grow taller than their competitors.  They need surface area for photosynthesis and gas exchange, so they grow broad leaves.  But they don't want to be blown over by wind, so they grow many small leaves instead of a few big ones, and they keep their smaller limbs springy and flexible.

If mismera are analogous to forests, then tafula are the trees.

Tafula need lightning strikes, so they grow on mountaintops.  They remain flexible, since many of them endure high winds, but they build silicate struts at their bases (a bit like flying buttresses) that perform some gas exchange, close to the ground.  Many of them are communal, and will support each other with interlocking branches 20'-50' off the ground.  Although they have branching roots, most of the body is built into a single spire, which reaches as high as it possibly can.

A single lightning strike contains more energy than a single tafulum can collect, so excess energy is shared with friendly neighbors.  Roots are also heavily entangled, as each tafula tries to collect energy from the others.

Tafula have "veins" of superconductive crystals which rapidly become insulators as they heat up, as part of the process that allows them to store electricity.  Alchemists harvest these diamond-shaped collectors to make bottled lightning.  (Harvesting bottling lightning is dangerous, due to the high chance of electrocution.  The usual method involves throwing trunks off cliffs, dropping rocks onto clusters of branches, or bringing a catapult to the mountain top.  The loose shards are then collected.)

Tafula forests (mismera) do most of their growing in the summer, when they heat themselves up enough to melt the ice that coats them.  So, mountaintop mismera really have two seasons, hot and cold.

In the cold season, a mismera is a frozen labyrinth of milky, pink, and pale blue crystals filled with buttresses and joints, all nestled under the waving black antenna of the lightning spires.

In the hot season, all of the tafula in a mismera heat up simultaneously, in order to melt the ice that encrusts them and accelerate certain metabolic processes (since tafula do nearly all of their growing during the summer).  The mismera can sometimes get uncomfortably warm, and many of the tafula use different tricks to trap heat, like growing furry "thickets" around their clusters.

A lot of species are communal, like ants or coral.  Different tafula will take up different roles, whether that is storage, support, or lightning collection.  Some species build huge cathedrals around a few spires, built up over hundreds of years.

Because of their slow growth rate and fragility, mismeras are very fragile ecosystems.  Lightning collectors are despised in Ba Dwai La, because of the frequency and severity of their damage.

Different species use different strategies.  Kite-flyers literally fly kites to collect lightning.  Capacitors build up a massive, opposite electrical charge to attract lightning.  Some use multiple flimsy lightning-rods that break often and regrow quickly.  Others build permanent, iron-tipped spears of carbon fiber, which are often made into ceremonial spears.

The animals that live in mismeras aren't lunar--they're terrestrial.  (The air is too thick in Langa for lunar fauna.)  Mostly insects, small mammals, and a bewildering variety of birds.  Nearly all of which spend most of the year hibernating, sleeping through the lighting storms.

And there are plants, too.  Parasitic creepers, insectivores, saprophytes, water-lillies.  (Yes, there are sometimes water-lilies on antarctic mountaintops, but only because a mismera is like a rain forest.)

There are a lot of storms in Langa.  A huge air current--the strongest in the world--blows hot air in directly from the tropics.  When this hits the Langan mountain ranges, it mixes with the cold air and creates massive storm.  Langa gets as much rain as a tropical rain forest, and for this reason the landscape away from the mismeras is dominated by ice.  Seasonal rivers, glaciers filled with frozen water-lilies, and especially frozen waterfalls.

It's a common joke that no one ever reaches a mismera without climbing up at least one frozen waterfall.

It's another common joke that anyone who wants to explore a mismera is going to spend a lot of time hacking lilies out of glaciers, since that is the most reliable source of food up there.  While there is certainly a lot of life in a mismera, humans cannot digest cellulose nor silicates, which requires bringing plenty of food on your expedition.

Another popular option: dwarves, which can both pull your sled across the tundra and later excavate a lily-mine from the glacier, while the rest of the adventuring party explores the mountaintop.

Lastly, it's a common opinion that mismeras are stunningly beautiful places.  The pastel rock candy of the crystals, the delicate lacework of the silvery veins, the gracile spires of ferruginous lignin, the songs of the antarctic nightingale. . . all combine to create an unrealistic depiction of natural beauty.  A mismera is the crown of a mountain or, some say, all of Centerra.

Lightning storms are frequent and stunning.  And when the auroras themselves reach down and run their fingers through the branches of tafula, grown men have been known to break down and cry tears of joy.  (Treat this as a charm spell.)

It sometimes happens that a visitor to the mismeras become obsessed with the alien beauty of mismeras.  This is common enough in Ba Dwai La that they have a name for it: "lightning-kissed".  These people are despised by the locals, but luckily, the problem usually resolves itself, when the adoring tourist spends too long on the mountain and freezes to death.

Frozen corpses are common enough on the mountain that many of them are known by name.  Every mountain trail has a few frozen corpses, each one a well-known landmark, who has a name and a (probably apocryphal) story about them known to the locals, usually a parable, tragedy, or ghost story.  These corpses are filled with poisonous needles, to prevent cannibalism (and wendigos).

So don't eat any frozen trail-corpses.  Not only will it kill you, but it's also very rude. 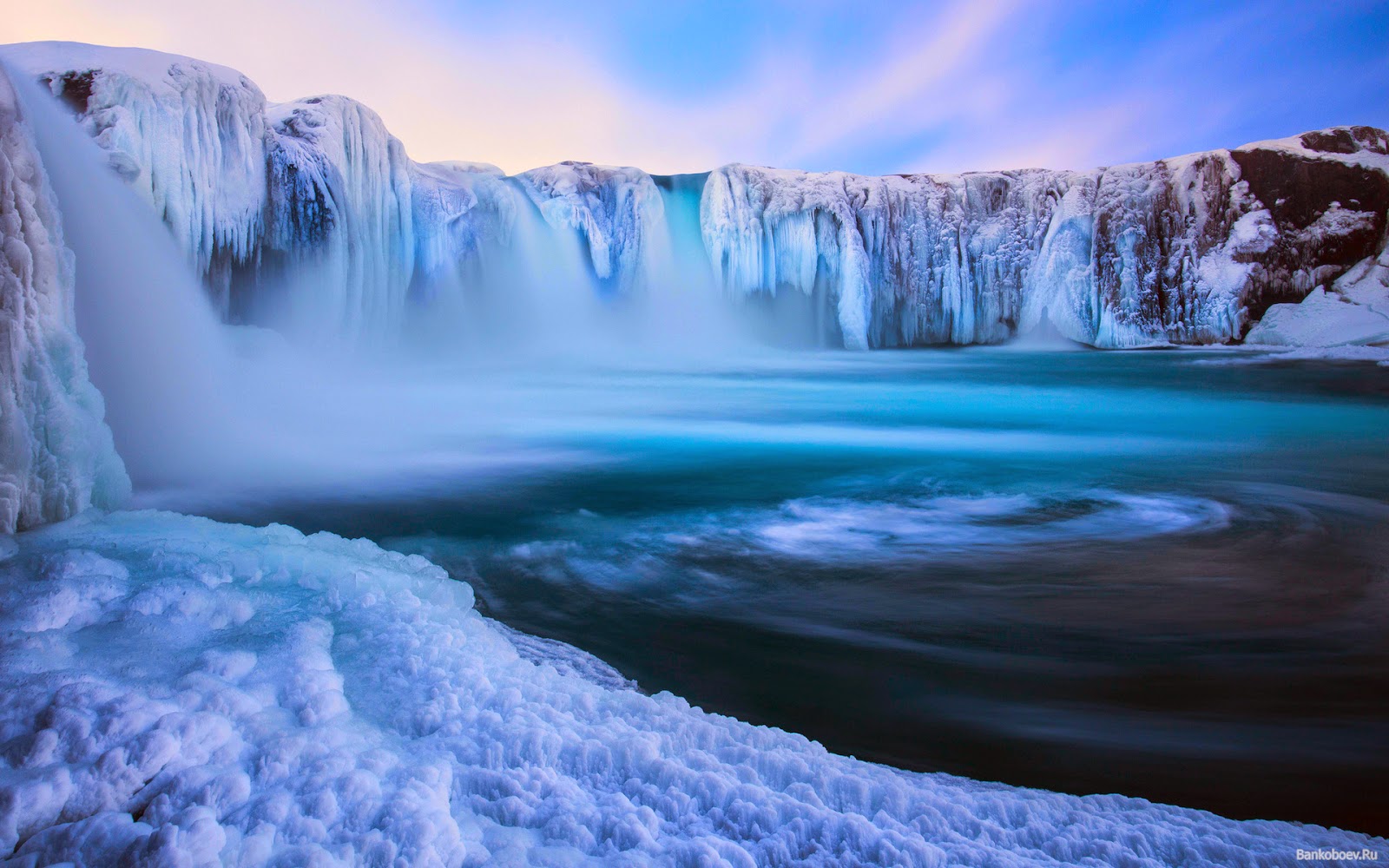 The people of Langa and Ba Dwai La are diverse.  When the lunar city of Vah Shembool decided to mirror itself on Langa, they displaced the sparse, nomadic tribes of Nikal people (like Hyperboreans, but black-skinned and who can sometimes recover after freezing to death).  So, people you'll meet in Ba Dwai La:

- Nomadic Nikal, riding mammoths and herding shaggy goats.  Their shaman drink strange liquors and sleep for days, entering through the Dream That Moves Through All Things.  If you piss them off, it's probably never safe to sleep again.

- Urban Nikal from the cities of the Revanwall kings.  They all have blood oaths (each and every one of them has a specific person they're supposed to assassinate, at all times) and mostly hang around Ba Dwai La, drinking too much kelpwine, stealing scrimshaw, and plotting against the gaseous cloud-kings that oppress their people.

- Lunar people (technically, they're Sindrians, but they're different enough that no one associates them with the deviants in Yog nor the weird forest-people in Icewatch, but I've never mentioned any of this on my blog before, so this sentence is really only for my own benefit, I guess).  They sort of look like hermaphroditic humans who continually grow taller throughout their lives (adults range from 4' to 10').  Also, they have shape-shifting hands, like a miniature blob wrapped in skin.  Not that appearances matter, since they almost never leave their houses.  When they travel around town, it's inside hermetically sealed carriages.  When dealing with them, there are two big things that you must know: (1) discussion of money or food is considered obscene, (2) any sort of deal-making or negotiation is probably going to involve sex.  Sindrians are all about sex.  They're like bonobos.

Sidenote: Lunar culture is really weird.  Adventuring on the moon is less about getting eaten by a moon-beast (although that's a risk, too) and more about learning the Byzantine culture before you offend someone powerful enough to have you distilled into your essential oils.

Other sidenote: So all of the default races in Centerra are color-coded mutant humans, because true humans are extinct.  However, you can still find true humans on the moon, where they are kept in ones and twos as celebrated pets, deep in the lunar enclaves.  Humans are like the mascots of the moon.

- Foreigners also come to Ba Dwai La in appreciable numbers.  Easterners come to learn spirituality, others come for the seal trade, others come to plunder the natural resources of the mismeras (which is a source of tension/violence in the community).

Elves also visit Langa, but they rarely stop in the city of Ba Dwai La.  Instead, they go straight for the mismeras, where they build beautiful towns among the crystals and forbid anyone else from entering the mismera.  They do this because elves love beauty more than anything.  Also they are assholes.

In Ba Dwai La, there is an informal bounty on elf ears.  Each ear is usually enough to buy a few rounds of drinks for you and all of your friends.  However, the elves have a bad habit of bringing multiple high level wizards with them, which makes them difficult to dislodge.  They say it takes a village to kill a wizard. 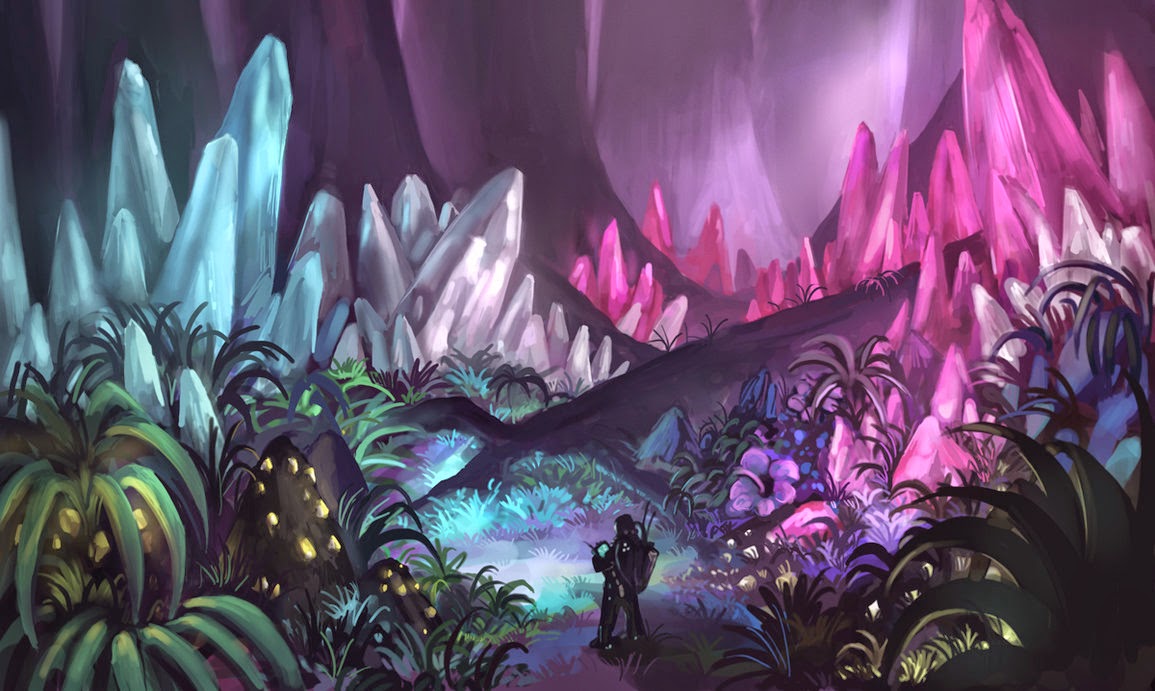 Langan priests frequently visit the mismeras in order to commune with the sky.  (It is said that the sky lives in Langa--the rest of the world, it merely visits.)  They compete with botanists, wizards from Meltheria, and all the sundry looters who wouldn't hesitate to strip the copper wiring out of a crystal forest.

- Lightning stones.
- Carbon fiber-stuff.
- Iron and copper.  (Langans don't even mine the stuff--they just cut down a tafulum and smelt it.)
- Mirrors.  (The best mirrors come from Langa.)
- Antarctic nightingales.
Posted by Arnold K at 12:52 AM