The Devil in the North Woods

So, I just finished writing a post about druids, and now, rereading it, I realize that it looks sort of like druids are into chaos and Satan and stuff.  And that's not right.  Druids are about violence in the name of the trees, not unleashing hellspawn.  Druids hate Satanists even more than they hate city slickers.

So allow me to dispel those rumors before they begin, by posting some stuff about what happens when you have proper cultists of hell running around through the pines. You know, when the devil shows up for realsies.

Personally, I would use this page if I ever ran an adventure in Cauterus (motherfucking Cautherus), or if I ever ran +Zzarchov Kowolski's A Thousand Dead Babies and wanted to crank the Satan up to 11.  I'm currently running Sailors on the Starless Sea and I think I'll implement some of this stuff, because Chaos.


Signs that He is Drawing Nearer
Put these on your random encounter table.

1. Snake choking on a rat, both still alive.
2. Brief view of a doe, before she bounds away.  A stillborn fawn dangles from her body, it's head banging against her retreating legs.
3. Too many feathers.  Small speckles of blood.  Doves?
4. Grey skies.  A roll of thunder that goes on for minutes, but no lightning.
5. Injured fox, dragging a loop of intestine from its belly.  Falls over and makes strange mewling sounds, almost like half-formed words.  Then it dies, and a single fly exits its mouth.
6. Stag, with another stag's severed head, their antlers locked together.
7. Wolf with a broken jaw, dying of dehydration.
8. Some has crucified 100+ squirrels.  Tiny wooden crucifix-fetishes dangle from the branches like windchimes.  Some of the squirrel corpses are years old.
9. Mossy-backed moose beats head against tree until bird's nest falls from the branches, then casually eats cheeping hatchlings.
10. In the morning, cloven footprints discovered throughout the campsite.  Were they there when you went to sleep?

Items of Ill Omen
Treasures of Satan, to be dispersed as you see fit.

A conch shell, trapped inside a tree trunk that has grown around it.  If the shell is hewn free from the tree, it is discovered to be filled with hundreds of beetle shells, just empty husks.  If a shell is thrown on the ground it transforms into a rabid pig that bites with broken teeth.

A severed goat's head, wet-skinned with decay.  The back of the skull has been removed and the innards hollowed out.  The skin of the neck has been made into straps.  This goat head is a mask.  If the mask is owned for a long time, the rot on the face can be observed proceeding and then receding, like a slow and subtle tide.

The neck skin-straps have heavy buckles on the back of them, come together in five points to form an interlocking cube.  This is complex enough that it forms a small lock, like a puzzle cube.  Anyone wearing the mask must have help assistance to don/remove the mask.

As soon as a wearer is locked into the mask, they will go rigid and say, "I am the Great God Pan".  There is no overt magic; the head doesn't animate or anything.  The wearer's voice just comes out muffled from inside it.  As soon as this happens, the person becomes possessed by the Great God Pan.

The Great God Pan will obey whoever has the highest Charisma (refer to Wisdom for ties).  The PC basically becomes enslaved to the most charismatic person around.  If the Great God Pan is ever left alone without any designated instructions, it will engage in self-harm: 1 HP per minute.  The player continues to use their old character sheet and continues to play their character, but their PC's mind has been completely overwritten.

The Great God Pan is telekinetic, and lift/push/throw objects as if it had 18 Strength.  It is strong enough to pick up most humanoids, hold them in the air, and suffocate them (by constricting their respiration).  However, this requires two uses of telekinesis (one to pick up and another to crush).  The Great God Pan can have as many instances of telekinesis active as it wants.  Each time the Great God Pan uses this ability, the wearer loses 1 HP, which doesn't return until the wearer has been purified in a holy place.  This purification requires the sincere promise to never use Pan's mask again.

The mask is instantly recognizable as a object of Satan.  Any decent people will either (a) have nothing to do with the wearer, or (b) seek their death, now convinced of their wickedness.

Additionally, when the mask is finally removed, the wearer must save or permanently lose a point of Wisdom.  (Alternatively, if your system uses sanity points, make them lose some of those.) 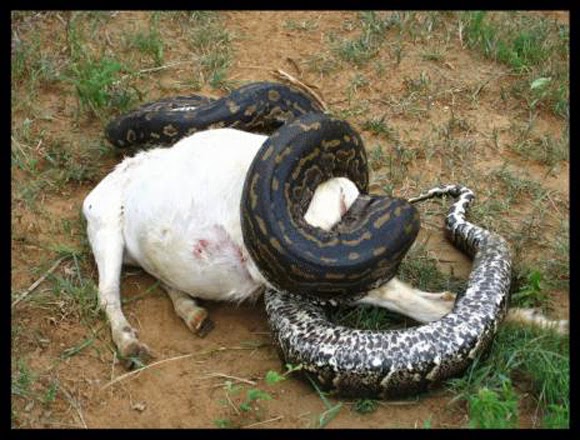 You Will Feel His Hand and Shudder
Things that will happen, either to the Woods or to the PCs.  In no particular order.

1. After death, all corpses turn their heads and eyes to look towards the Dark Heart of the Woods.

2. A PC is compelled to chew off their own lips and swallow them.

3.  A dwarf PC is compelled to eat their own beard.

4. The dead rise.  The woods are filled with zombie animals and bloody skeletons of the same.  They congregate in the Dark Heart of the Woods during the new moon, where they dance for a night and a day.  Afterwards they disperse to hunt the living.

5. Zombies have 10x their normal HP during a full moon, and can sense the nearest sentient creature, and move in that direction unerringly.

6. Trees bleed.  The ground moans when it is struck.

7. The sun fails to rise.  It merely lurks behind the horizon for ~12 hours, creating an unnatural twilight.

8. A PC is afflicted with a wasting sickness that will eat at their Strength, withering their muscles beneath their skin.  This affliction lasts until the PC commits an atrocity, defined as something completely contrary to their morals.  (This works best if you ask the player, "What are your PC's values?  What is the one thing that they would never do?" before revealing the details of the curse.)  Alternatively, the curse could be removed at a temple or something.

9.  All food rots in the mouth, and if swallowed, is poisonous.  All water tastes bitter, but is functionally the same.  This effect extends for ~12 miles from the Dark Heart of the Woods.  Starvation is rapid and dramatic.  (The first animals to starve are probably the smaller ones with crazier metabolisms, shrews and hummingbirds, then mice, etc.)

The Devil in Centerra

I don't like a knowable Devil.  True evil, Real Evil, should never be something that you can understand, organize, and evaluate.  Cataloging the circles of Hell robs them of their appeal.  Sure, different types of demons fine, but you should never stat up Satan.

Towards that end, Centerra doesn't have an organized cosmology.  There are no gods.  (But there is a great deal of religion.)  The closest you get is probably the Radiant Maiden, or maybe Kesselgrave.  Centerra has demons, as defined by the Church.  But this is a muddled category, and includes runaway spells, extradimensional creatures, foreigners from across the ocean, and even a few things that only exist in myth.

But I do love the idea of Satan.  The Great Opponent.  It has a lot of literary resonance.  Psychic energy.  And who knows what evil lurks in the hearts of men?

And so there is a Great Evil in Centerra.  But you won't find it in hell, nor will it be cast out from heaven.  It lurks in the hearts of men.

Basically, the entity known as "You" did not begin at birth.  You were something else, before you were born.  You've forgotten it.  You've forgotten who were were.  And in fact, people have a hard time being confronted with this fact, because it means that You are not You.  You are It.

This cruel truth sometimes intrudes into the world.  People are, on some deep level of their primordial lizard brain, aware of this fact.  And sometimes they have a moment of understanding and are terrified.  It's like waking up at 3 am and discovering that your front door is wide open.

And so the Great Evil is really the Great Truth.  What we label as Evil (true Evil, divine Evil) is merely Understanding.  I've sort of hinted at this in other posts.