There's a part in the Bible that seems to imply that the Word (the Idea of God) is that same as God.  The immaterial is equivalent to the real, in cases where there was no physical object.  Which makes sense: there is no physical God, therefor the non-physical God is the real God.

But then that means that the idea of God, which you (yes, you) are holding in your mind is God himself.

And the verse makes it explicit that the idea is expressed as the Word (rather the Thought or the Dream), which again makes sense.  Words are how ideas enter the world.  If symbols have a power of their own it is only by acting on a conscious, comprehending mind, and the preferred method of human communication is the friendly chat.  Words are manifestations of the intangible, where God dwells. 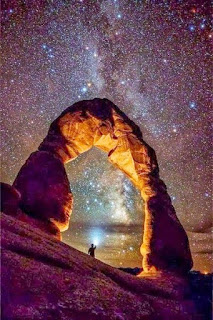 The Many Mouths of God

There are many orders of paladins, but only the God Throat Warriors can claim to speak with the Voice of the Authority.

They are chosen from choir boys that outgrow their usefulness.  Too big and too broad to sing soprano, they are given a sword and asked to find some talent with it.

They take their vows atop the Filtrata, the largest of the arches in the Bounding Canyon.  They receive a tattoo of a blue mouth on their throat: a blue mouth.  And then they learn to speak with the Authority's Voice.

Then they take their vows of silence.  Some of them bind their jaws together with wire (although such ostentatious displays are falling out of vogue as too arrogant).

*They can forgive everything except blasphemy.

No Voice
Your pledge to give up your voice was accepted.  Your voice is gone.  You cannot speak.

Improved Command
When you use command, you do not speak with your voice, you speak with the Authority's Voice.  You can cast command without any MP limit.  If you know the creature's true name, it gets -4 on its save.  At level 2, you can use command even on things that do not share a language with you.  At level 3, you can use command on all things, even inanimate objects (handle their HD as if they were transformed into animate objects).  You could command a tree to give you its fruit, or a grave to exhume a corpse.

If you have gone at least a full day without using speaking or using command, your target gets -2 to their Save.  A full week, a full month, a full year, a full 3 years, and a full decade each give the target a cumulative -2 to their Save.  If you have gone at least 3 days without speaking or using command, you get a free +1 MP to spend on the command that you are currently casting.

The Shout
When you begin the shout, you begin to exhale.  You may never stop exhaling.  You struggle to get all the air out of your lungs.  Your lips will rip and bleed from the shockwave.  You deal 2d6 sonic damage in a 20' cone in front of you, and take 1d6 damage.  If you wish to end the Shout, you can make a save at the beginning of your turn.  While shouting, you cannot move or be moved (although you can still fall).

Command
Level 1 spell
Target: 1 creature that can hear and understand you.
You shout a single-word command to your target, who must then carry it out if they fail a save.  If the command lasts more than a single round, the target gets a new save at the beginning of each of its rounds.
+1 MP: Affect +2 targets.
+1 MP: You may increase then length of your command by +2 words.
+1 MP: You may increase the duration between checks by +2 rounds.

Discussion
I think it's cool that they give up their voice at level 1, and at level 2 they (sort of) get it back via ventriloquism, except that their prodigal voice doesn't emerge from their throat, just sort of the nearby area, like a stray cat that followed you.  The voice in your lungs is YHWH, and you cannot use it to order a pizza, for fuck's sake.

I like that the god throat paladin can command a stream to part, but it couldn't ask the stream where the river god's pearls were (because that would require too many words, and the paladin probably couldn't understand the stream's words anyway).

I like that it's a class about bossing people around, rather than understanding them or whatever.

I haven't playtested it yet, but I imagine that it could be either strong or weak, depending on the player.  How much mileage you get out of command depends a lot on how creative the player is, and how lenient the DM's rulings are.
Posted by Arnold K at 1:30 AM