A city block flies through the air.  It fires confetti from its cannons, and sewage drips from it's exposed sewers.  Lasers and strobes flash through the steam that streams over its cracked streets and broken windows.  It always seems to be collapsing, and yet never quite falls apart.

Up close, you can see the people.  They dance in the streets.  Half of them are immobile mannequins.  Inside the shuttered buildings, exhausted people attempt to get some sleep.  They trade earplugs; there aren't enough.

Every so often, a hover shuttle drops off a load of supplies and some new offerings, and those offerings who have been there for a year are free to leave.

The reason for this whole charade is Cthulhu, who squats at the center of all of this chaos, trying to get drunk on mimosas and chatting up Art majors.  The floor is covered with red cups, but beneath that, human bones.

Cthulhu woke a while ago.  He knows what the score is.  This is sort of a gentlemen's agreement--to postpone the apocalypse in exchange for something more interesting than the endless void.  He's immortal; what does he care if he destroys the world now or in a few millennia?

At first Synthexia sent up entertainers.  Magicians, musicians, and philosophers.  But Cthulhu doesn't really care about the details of our meaningless mammal chirping.  He only cares about the spectacle.  And so the party decayed into its present state.  The budget dried up.

Every so often, the party will raid other settlements, just dropping out of the sky, leaving behind puerile vandalism and petty theft.

Party People
HD 1 humans.  Immune to sleep.  If six or more of them start dancing, it functions as irresistible dance cast on everyone within 100'.

Philosophers
Always accompanied by a Babe, who does all the direct talking to Cthulhu, while the philosophers scribble in their notebooks.  Each philosopher is a level 1 wizard.  They have spells from both wizard and warlock spell lists.  Led by Mimecris Olivine, a level 4 wizard.

Bros
Regulate the party.  Most of them are second and third generation party people.  They've never left the party, and so they know no other life.  They lack the dance ability of regular party people, and can instead challenge people like knights.  They are led by Chadwick Skybreaker, a level 7 barbarian.

Party Animals
Basically people in mascot costumes, except without the people.  Plush golems ordered to perform comedic pantomime.  Occasionally activated by their controller, the Comedian, who employs them towards swift and deadly ends.

Exo-girls
Most of them are here hoping to fight Cthulhu.

Black monoliths that dim the light.  The sun fades, but the reflections on their metallic sides does not.

They are giant filing cabinets.  They are AIs, created long ago to assemble all of the information in the universe.  They are slowly accomplishing this goal.  They are larger on the inside than on the outside, containing mazes of paper.

When people think about the Filers, most of them picture the bureaucratic zombies, but they have other servants, too.

Beware the tigers.  Their wizards can turn you into origami.  Only by being safely unfolded (requires 3 successful Int checks, crit fails indicate tears) can they be restored to normal.  Entire cities are imprisoned inside folios.

Words Without a Matrix

Neon letters that flow across surfaces without ever belonging to any of them.  Memetic piranhas.  Each round, increase the list of words that the players (not characters) cannot say.

These are the hands of the Filers in the world.  They are made from captured people (always alive, dead will not do at all) who are brought into the Filers and transformed via a process that is not entirely understood.

They are mindless, except for the will of the Filer that created them.  Their heads are stuffed with words--papers and orders and Form 5820 For Cerebral Requisitioning.  Their mouths are replaced with locks.  If the lock is picked, their mouth reappears, they vomit out all the papers, and return to normal.  If someone attempts to pick the lock and fails, they collapse into a loose pile of forms that, when taken together, contain all the major details of their life (e.g. marriage license, pharmacy receipts, school reports of their illicit conduct).

They are a hive mind.  They work to investigate the world at the behest of the filers.

Towards this end, they travel the nearby area--but only within 33 miles, as this is the effective range of the hive-mind.  (If removed, they are still mindless zombies loyal to the Filer, and will attempt to return to it).

What is their mission? [d6] 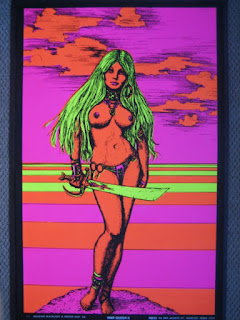 There are no dragons, although you will drive through the ribs of a jormungandr at one point.

Blasted and baked, a pitted and maddened road that goes through wasteland and canyon and volcanic hill.

Jaygees
They reproduce through car crashes.  The larger the crash, the larger the infant.  Their leader is Columbia, named after the space shuttle that crashed into rush hour traffic in the year 29001.

Scrap Princesses
There are many scrap princesses here.  (The lowercase kind.)  There was a scrap queen once but they ate her.  Each of her daughters now wears one of her bones somewhere amid their bodies of hub caps, broken CD fragments, and torque converters.  They kludge each other from the wreckage.  Golemoid amazons.  If you are nice to them, they might kludge you something, too.

Cult of the Machine
They replace their chests with engines so that they can drink gasoline like the cars they worship.  Each one builds a car.  Each car is a temple unto themselves.  Each car is their home.  Each car will be their tomb.  They die if their car is destroyed before their flesh-body is; this is a great desecration.

Bucephaloids
20th century muscle cars possessed by the spirits of horses.  Most people think that they are living cars.  They can transform and join together.  Prized by the Machine Cult as mounts/tombs.  They will pause whatever they are doing if offered a high-stakes race across the wastelands.  They will cheat, because they are evil.

Jetboys and the Bastard Crawler
Sort of like jawas, except that each one is actually a small jet.

The Tar Pit
This is where gasoline comes from.  Staffed by paleolithic mummies, tar snakes, and undead mammoths.

Dust Kings
Kings of the crossroad.  Sorcerers all.  The more you know about them, the more powerless they become against you.  If you learn their name, they dissolve into dust, and all will forget that they ever existed, except for you.