This is partially a response to Zak's essay about murderhoboes over here.  It's very good.

I agree with that post.  You can have murderhobo games with excitement, drama, and epic arcs.  Murderhobo games need to be recognized as a successful, independent genre, not just "the kind of game you when you try to play Lord of the Rings and fail".

Murderhobo games aren't essentially bad, but they are different.  In this essay, I want to talk about (a) what makes them different, and (b) how to accommodate murderhobos..


I say "the DM's expectations" because the DM is the player who has the most (they wrote/prepared the future paths they game might take) and has the most to lose when those expectations are not met (all that prep work), but really, any player at the table can be discontented, even one of the participating murderhobos.

This is only a problem if the people (a) wanted their game to generate something more Tolkeinesque, and (b) if the game doesn't accommodate their murderhobo playstyle.

1. Talking to your players like fucking adults.  A horror module isn't going to be scary unless the players let themselves be scared a little.  This requires them to stop making Monty Python quotes and dick jokes (just remember that there is a cost to sacrificing levity at your table).  Talk what the goals are for both the game and for their characters.

This is the best option and I cannot recommend it enough.

2. Make sure that their actions have consequences.  Innocent people die.  Innkeepers charge extra.  Shopkeepers won't let them in the store (because what sane person would?).  Consequences are important in any game, but if you are using them as a stick to beat your players back into line, be careful you aren't being a dick about it.

3. Mechanical reinforcement.  The nuclear option is to only award XP for roleplaying or story goals.  This rarely works as well as the DM expects.  At a certain point you might be better off switching to a different system.

4. Accept it and run with it.  There are a lot of things to recommend a murderhobo game. 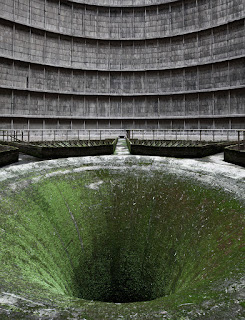 Now, if you are DMing a murderhobo game and want to DM the best fucking murderhobo game you can, here are some things you can do to accommodate those murderhoboes.  You gotta build a house for 'em.

1. Murderhoboes are like water; they run through the fingers of the plot.  This is why your game world needs to be engaging as fuck.

Rival adventuring parties are a great way to make it personal.  Opening the chest and finding a mocking note instead of the Emerald Eye of Zuul will chill even the embittered soul of a murderhobo.  And there's a lot of satisfaction to be found later on, when prying a fat emerald from the cold fingers of your dead rival.

2. Make the NPCs more like noir characters.  Everyone wants something from the party, and everyone has a secret (sometimes trifling, sometimes important).

The whole world needs to have hooks, and NPCs are great motivators, because they are free agents with goals of their own and means to achieve those goals.  A powerful noble that wants them to come to dinner and refuses to take no for an answer.  Someone from the PCs background shows up, recognizes them, and takes immediate action.  PCs who are targetted by a mass pickpocket campaign that is something much greater.

And yes, these are just adventure hooks, but they are sharp adventure hooks.  They stick their hand right into your pocket and rummage through your chestnuts.  They aren't just "some farmers saw a thing, go talk to them" or "here's a handbill with a bounty on it".  Make the hooks things that the players cannot ignore.

3. Give adventure no matter where they wander.  Random tables can help with this.  This may lead to the party feeling like the world is insanely dangerous and full of treasure.  This is correct.

Murderhoboes will often flee from overwhelming odds with no significant reward attached.  This is normal and human and you would do the same thing.  Just don't expect them to be committed to a certain plan of action the way that some idiot like Superman would.  And there may be consequences: someone else will loot the dungeon, or the village may burn down and all the villagers transformed into moaning worm-people.  That's okay.

This is why murderhoboes are better suited for sandbox-style gameplay.  It does require more flexibility from the DM.

4. Give them things to do that aren't limited to the heroic.  Heists, NPC assholes who need to die, rumors of great treasures, a death curse that is slowly turning your heart into treacle.

Find out what they want and then give them a clear path to it.  Was the party impressed by the airship flying overhead last session?  Show them an airship that they can win/steal and make them work for it.

5. Give them things that they can't fight or steal.  Negotiating with a superior force is always fun.  When the goblin armada says, "Give us 75% of your treasure or we'll kill you." the party sometimes comes up with interesting solutions.  Or have Strahd invite them to dinner, and make it plain that there will be terrible consequences if they offend their host.

6. Keep the risks high, and the rewards high.  When in doubt, escalate both. 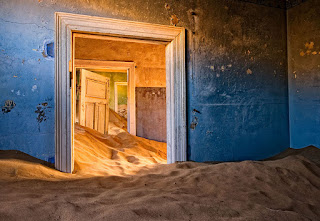