Golems are not made by wizards, but by powerful members of the clergy.  Unlike most divine magic, which seems mostly to be a function of faith and intent, golems (and runes) depend on years of study and intelligent application.

Closely related to divine runes, the process of enactuation (making a golem) is a complex process that depends on the logical arrangement and interaction of words, especially word squares, but also involving ambigrams, word ladders, and anagrams.  Clerical golem-smiths must take a lot of astrology and numerology into account as well, so it's not as simple a matter as copying one word square from one golem to another.

Since every golem is different (time, material, auspices), each golem's glyph-square is unique, since it must account for different mathematical influences.  Each glyph-square includes one of the secret names of God, as well as appropriate words, like "LIFE" or "TOIL".  If even a single letter of the glpyh-square is erased or damaged, the golem becomes de-animates, reverting to a hunk of material.  It's also possible to subvert a square-glyph by changing some of the letters (with the most common result being an insane golem that only destroys stuff).

Each glyph-square is somewhere on the golem's body.  Traditionally on the forehead, but this makes it visible and vulnerable.  Sometimes they are put inside the mouth, behind a (worn) cloth belt or scarf, the palm of a hand, or on the underside of a foot.

The process of manufacturing a golem takes years (or months, with a large team of experts)

True necromancy is a type of magic that involves arcane manipulations of life and death.  The creation of undead is closer to the creation of a golem, and involves carving glyphs into the corpse.  Practical necromancers will study both arts. 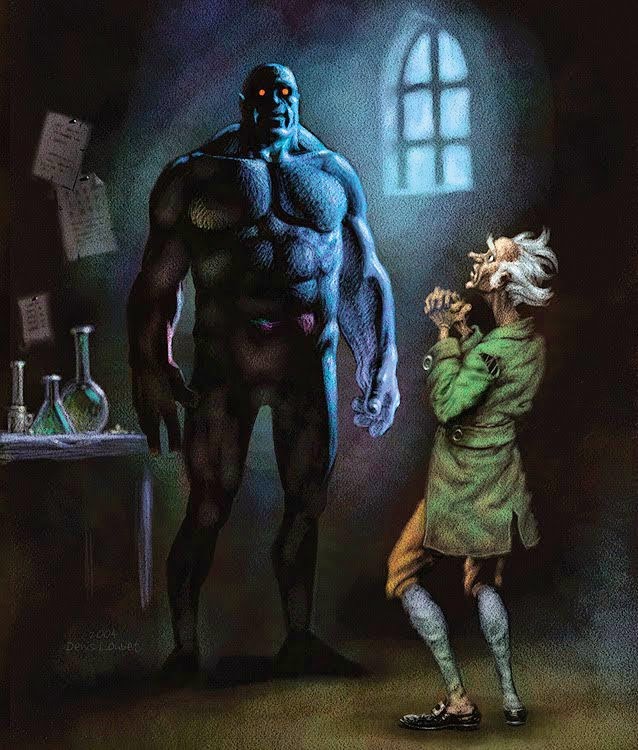 Nearly all golems made today are made by the Church, and it's actually considered blasphemous for anyone else to construct one.  Most wizards wouldn't know where to begin (except necromancers, because reanimation is much easier than de novo animation).  There are still plenty of old golems mouldering away in tombs, however, many of which predate the Church's knowledge and sometimes all of known history, as well.  In the pagan territories, some golem-making traditions continue, such as the clay serpents in Basharna, the undead mammoths in the South, golem-boats called Zuddha in Westerlon, velveteens* from the Armenjero Empire, and grassies in Abasinia.

*Velveteens are plush animal golems that are "programmed" to play with children.  Each one is worth a fortune, even if it is covered in blood (since nobles pay so much for them, people are willing to kill for them).  Despite the name, the Armenjero Empire is a tiny city-state with no authority beyond a few square miles and an entire economy based on gambling and entertainment.  It was won from the magocracy of Meltheria as the result of a bet, and is protected by the same.  (Although the magocracy technically follows the Church, the clergy have little power there). 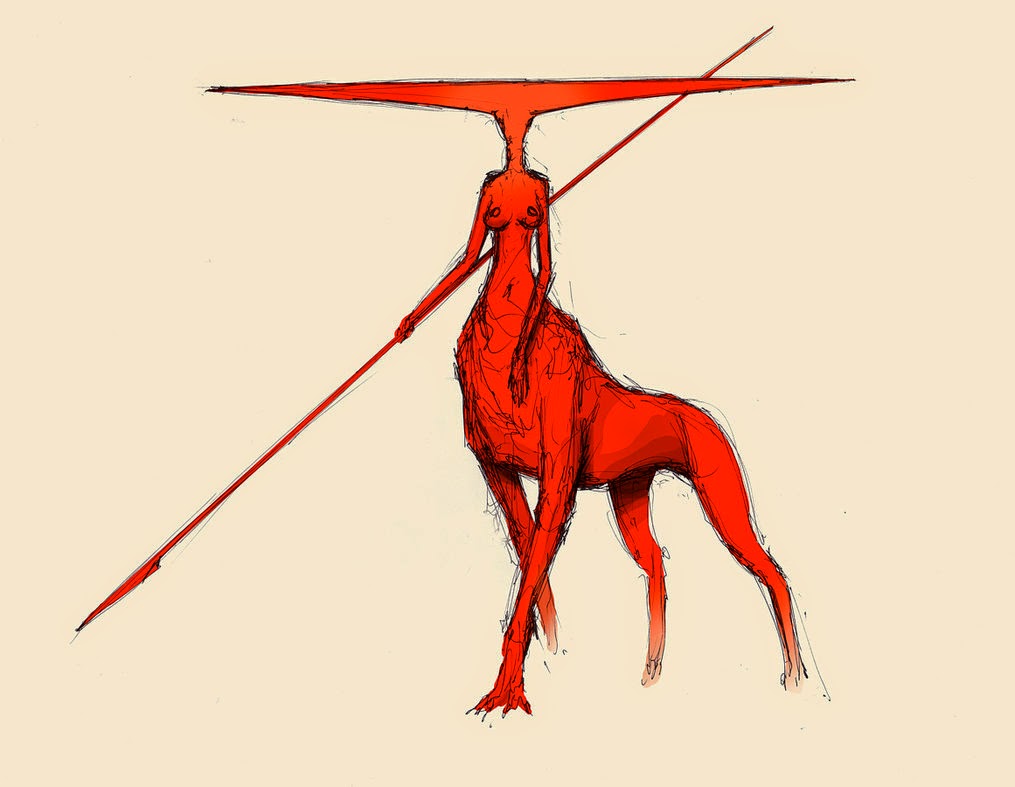 Certain paladins allow themselves to be entombed inside of a golem.  This grants them longevity and the strength (and weaknesses) of a golem, but at the expense of their own humanity.  Large contigents of paladins are usually accompanied by a golemlord, striding along in an 9' tall body of armored alabaster.

The process involves welding, molten ceramics, and a fair bit of necromancy.  (Necromany isn't a sin when the church doesn't.  Or, more fairly, heremancy is the subset of magic that is considered sinful, which has a large-but-incomplete overlap with necromancy). 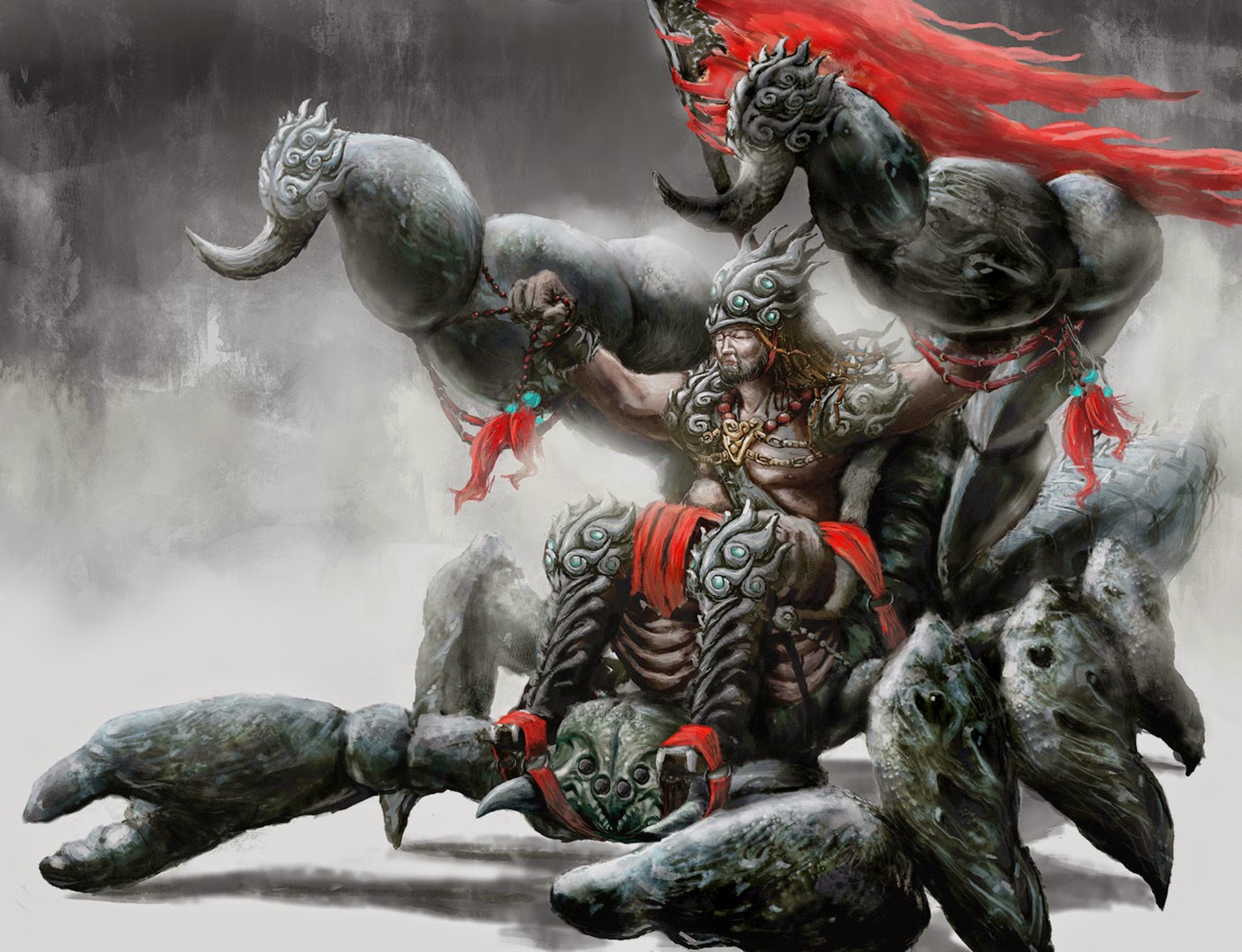 The Church in Asria is weirder and slightly more secular (or at least, less dogmatic and more practical).  Similarly, they have given up the practice of creating golemlords in favor of a more reversible solution.

Golem knights are knights who have had their heads detached and attached to a golem.  This is similar to the golemlords, except that the practice is (a) modular, and the golem knights can switch their heads around onto different bodies, (b) reversible, and their head can be returned safely to their original body (as long as the body is undamaged and they never, ever remove their holy scarves), and (c) potentially more unstable.

By instability, I mean that golem knights have a tendency to go insane.  This risk is mitigated by using younger knights.  Because the body will no longer grow nor age as soon as it is put into stasis, the Church is Asria tends to recruit from volunteers in their late teens.

So if you are ever in Coramont, and see a head being carried around in a "birdcage" by chanting monks, do not be alarmed.

If you ever see a man with a blue scarf, who has an old man's face but hands as smooth as a teenagers, think nothing of it.

And since the Church in Asria doesn't hold the anthroform body in the same regard as, do not be alarmed if some of the Golem Knights have ten legs, wheels, or ballistas for arms. 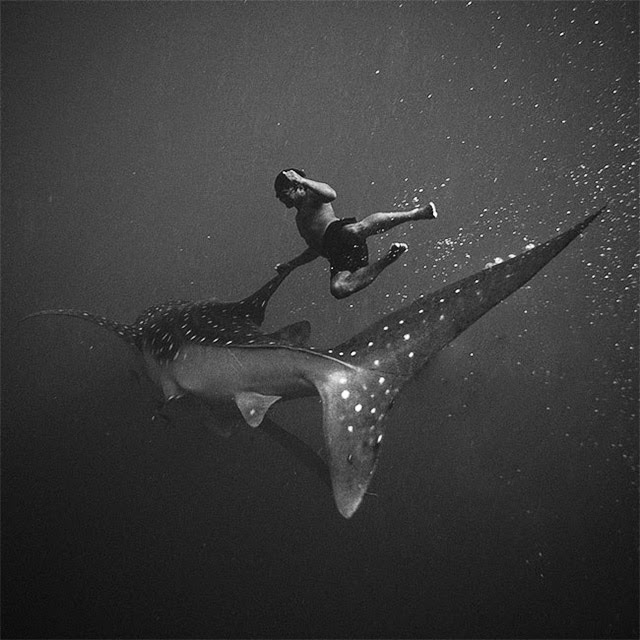 There is some evidence to suggest that golems, even those carved out of common street-mud, are both sentient and highly intelligent.  The fact that golems lack organs for speech, coupled with the fact that they have severe restrictions put on both their actions and their thoughts prevents them from communicating with us.

It's analogous to a human who has been bound under powerful enchantments to spend all of their waking hours sweeping the paths around the monastery, and to take no other action, nor to even respond to any stimulus except those relevant to sweeping paths.

A golem can be highly intelligent, but never evince that intelligence because of how singular their task is defined.  (And every golem is defined with a task.  A golem without a task is an inanimate object.)

Golem psychologists ply their art through the use of the read minds spell.  Although golems never have any "surface thoughts", it has been reported that their subconscious is teeming with a rich inner life, as subtle and diverse as any humans.  Many of them are muddled, confused, or depressed, even though they have no way of communicating that, or even the ability to articulate those emotions into coherent thoughts.

Small wonder then, that golems usually go berserk when their enchantments fail.  Small wonder, that necromancers sometimes wake to see their "mindless" zombies gathered around their bed, staring at them with hate-filled faces.

Laypersons and wizards are fond of claiming that there has never been a sentient golem, when the truth might just be that we've never had a sentient golem capable of behaving differently from a non-sentient one.

Although the serylites would disagree. 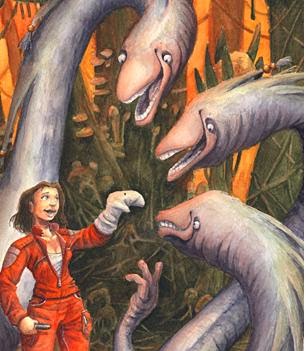