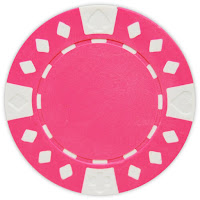 In my current ruleset, characters stop gaining HP at level 3.  From level 4 onward, they gain +1 Helpful every time they level up.


Helpfuls are a renewable resource.  They replenish whenever the character gets a good night's sleep.

A player can spend Helpfuls to modify an ally's roll by an equal amount, up or down.  There is no limit to how many Helpfuls you can spend at once, and multiple people can contribute simultaneously.

The only caveat is that you must have a feasible way to affect their ally's action.

The fiction doesn't matter too much.  Let them be badasses.

Thieves get an extra Helpful for every template.  Unlike other classes, Thieves can spend Helpfuls on themselves.

GLOG characters don't really get much more powerful beyond level 3.  Instead, they get more versatile.  Helpfuls fit this philosophy well.

+1 Helpful is comparable to getting +1 HP (since you can use your Helpful to reduce incoming damage by 1 point).

They are similar to getting +1 HP at each level, since you can use Helpfuls to reduce incoming damage by an equal amount.  +1 HP is better at a single thing, while +1 Helpful is more versatile.

The biggest tweak over Luck Points (the previous incarnation) is that you can only use Helpfuls on other people, rather than yourself.  This has a few effects.


I don't know if I want to put a cap on Helpfuls.  I've never had a game where players had more than a handful.
Posted by Arnold K at 10:46 PM