Loot for a dungeon I'm working on. 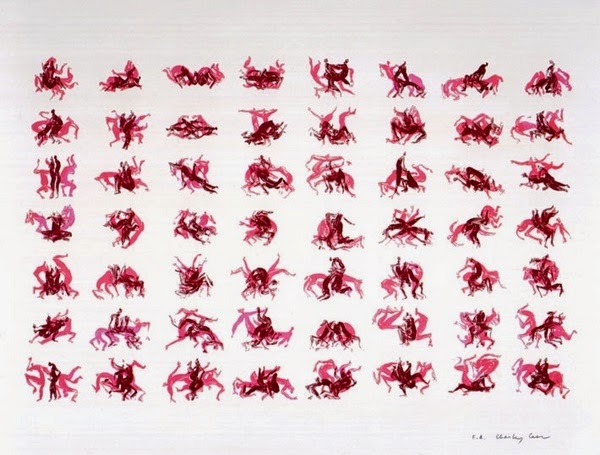 This is a book with yellow covers and pink paper.  It is a manual of sex and love.  The first half describes the philosophy of love.  The second half describes sexual techniques, culminating in non-Euclidean sexual positions.

Those studying the book will realize that it can also be used to summon servitor Shoggoths.  This requires at least two wizards who have successfully studied the book.  While the default methods described conscript the shoggoth for sexual purposes, they can be repurposed (requires a check upon summoning). 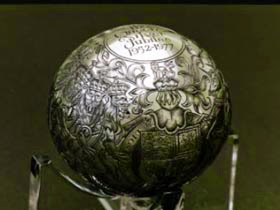 This is 7" metal sphere is actually a spellbook containing a single spell called Crystallize Thought, containing in an singular, etched line of text that spirals down from the sphere's "north pole" to the opposite end.  It is a spell from Beyond, with all the usual risks that entails.  It kills creatures by crystallizing their thoughts, and the Sphere ends with a cryptic suggestion that there are more spellbook-spheres out there that give more

Note: Whenever a spellcaster learns a spell from Beyond, they must make a save or lose a point of Wis or Cha (determined randomly).

Crystallize Thought
Level 1 spell
Range 30', Duration instantaneous, Target sentient creature
Target takes 2d6 +/- it's Intelligence modifier.  (Smarter creatures take more damage, non-sentient ones are immune).  Save to negate.  Creatures killed by this spell will have crystallized brains.  Crystals from animals (Int 2 or less) are paltry thing that look like clouded glass, but those from geniuses will appear as fine as diamonds.  The gems generated are worth (Int * Int) / 2.  So Int 10 --> 50g; Int 12 --> 72g.  Do not eat the gems.

Guard dogs of the Beyond, summoned here as loyal pets.  They live in antispace, and so must occupy another creature in order to interact with our world.

You'll probably meet an Anti-Hound on the shoulder of a chaos cultist, where it appears as dog head-shaped tumor sprouting out of the shoulder, but whose mouth is a black and glittering void.  It attacks as a 2 HD creature and bites for 1d8.

While creatures possessing an Anti-Hound can be damaged normally, any damage the Anti-Hound takes is split between itself and the possessor.

After the Anti-Hound has failed its morale check, it will flee into the nearest creature and hide there, whimpering.  If it's master is dead, it may very well flee into the nearest PC (they are not loyal animals).  While leaping (an unpleasant experience for the animal) it appears as a dog-shaped hole in space surrounded by gravity-distorted light.  The PC might stab his own guts (where the dog is hiding) in order to kill it, but if they placate it (with kind words uttered in Black speech, offerings of fresh flesh held by their bellybutton) the Hound might chill out and decide to be their friend.

If you have a pet Anti-Hound, be aware that it eats twice as much as a normal dog, and only consumes fresh meat (but will happily eat 10x a normal dog's diet).  In the presence of strong magnetic fields it will go berserk.

Lastly, it can be trained to jump into other people and bite the shit out of them, which is pretty cool. 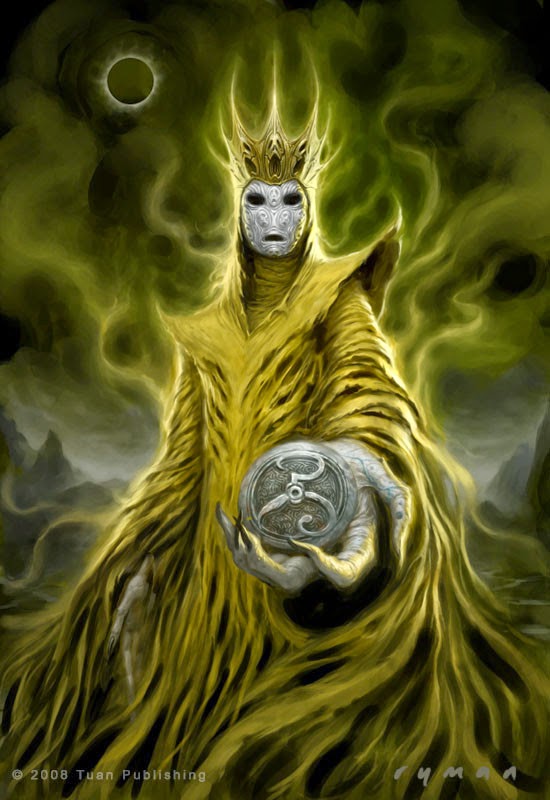