UPDATE:  +Bill Logan did a beautiful conversion of this table for use in the BareBones Fantasy Roleplaying Game.  You can find it here. 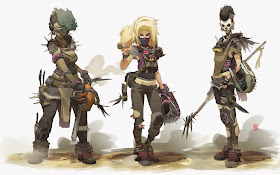 All suitable for level 1 characters.